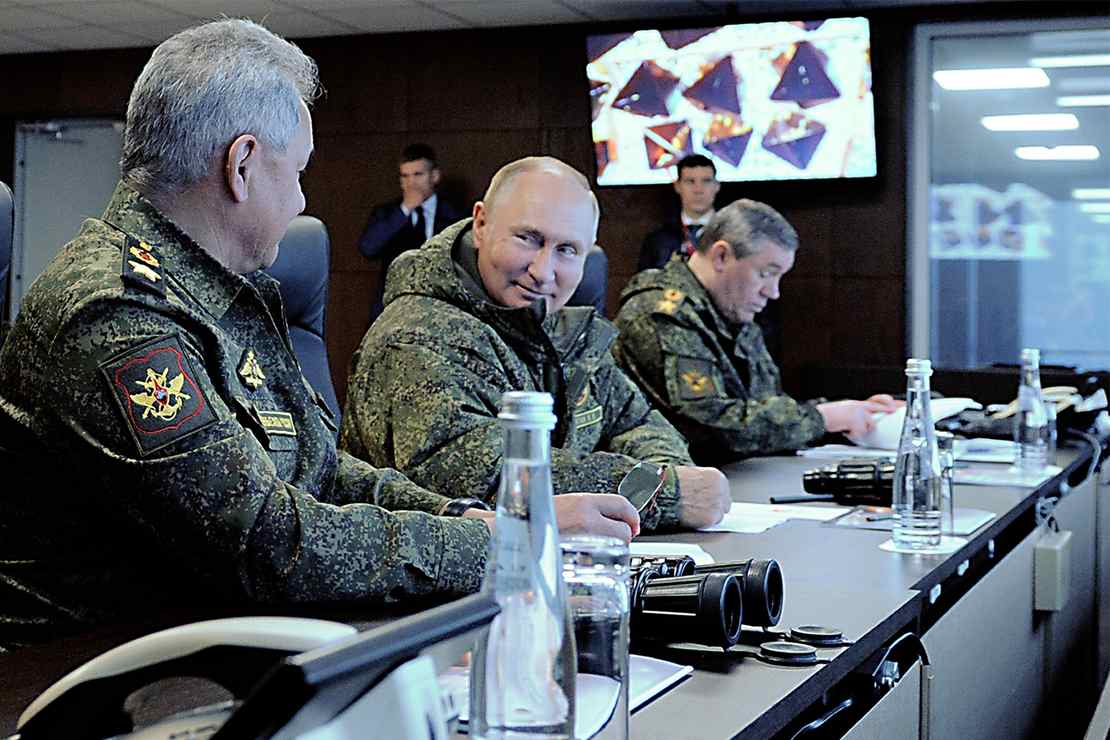 Russia unleashed one of the largest missile attacks of the war on cities across Ukraine, knocking out power and water as subfreezing winter temperatures settle over the country.

The Ukrainian military says it shot down many of the missiles by using exploding drones — a highly unlikely feat considering that the missiles are descending at supersonic speeds. The United States is seriously considering giving Ukraine a Patriot Missile battery but in an attack like Friday’s, one battery wouldn’t have done much good.

But elsewhere, living is becoming a challenge. The government has set up large tents so that residents can keep warm and get fresh water, but further attacks will strain the government’s ability to care for its most vulnerable — the very young and the very old.

“No matter what the missile worshippers from Moscow are hoping for, it still won’t change the balance of power in this war,” Ukrainian President Volodymyr Zelensky said in his nightly address on Friday. “They still have enough missiles for several such heavy strikes. We have enough determination and self-belief to take back what is ours after these blows.”

The “missile worshippers” are conducting the only offensive operations that seem to be working: terror attacks on Ukrainian infrastructure. The Russian military figures that turning off the heat and stopping the flow of fresh water will put pressure on Zelensky to give up or at least make a deal.

Power outages were reported in the eastern and central regions of Kharkiv and Poltava. The mayor of Kharkiv, Ihor Terekhov, described the damage in the city as “colossal” and asked for residents to be patient while water, electricity and heating were out.

In response to Friday’s attack, the US national security council spokesperson, John Kirby, said Russia was trying to “put fear into the hearts of the Ukrainian people and to make it that much harder on them as winter is now upon them”. Kirby also said there would be another defence package for Ukraine, which will include air defence systems, but he declined to go into details. On Thursday, the US Senate passed a defence budget for 2023 that included $800m of aid for Ukraine.

Russian President Vladimir Putin is unimpressed by international condemnation for his attacks on the power grid in the middle of a harsh Ukrainian winter. “There’s a lot of noise about our strikes on the energy infrastructure of a neighboring country,” he told reporters after a visit to the Russian forward command center in Ukraine. “Yes, we do that.”

Attacks on a nation’s water supply are clearly prohibited. “Targeting civilian water infrastructures such as water supply or water treatment plants, or attacking dams and irrigation systems, are war crimes under the 1977 Protocols,” notes the Bulletin, while attacks “on civilian infrastructure critical for human health and wellbeing are violations of the Geneva Conventions.”

Also for our VIPs: Let’s Call Putin’s Ukraine War What It Really Is

Toting up Russian war crimes will only be important if Russia collapses. Otherwise, Putin — and any Russian successor if Putin is deposed or dies — will not countenance war crimes trials, and if President Zelensky makes war crimes trials a condition for ending the war, he will be fighting forever. Russia is a nuclear power and no one is going to force them to participate in war crime tribunals or allow any hint that the war was their fault.

That doesn’t mean that lifting at least some sanctions on Russia won’t be contingent on Moscow handing over some war criminals. You can be sure that Vladimir Putin won’t be one of them.