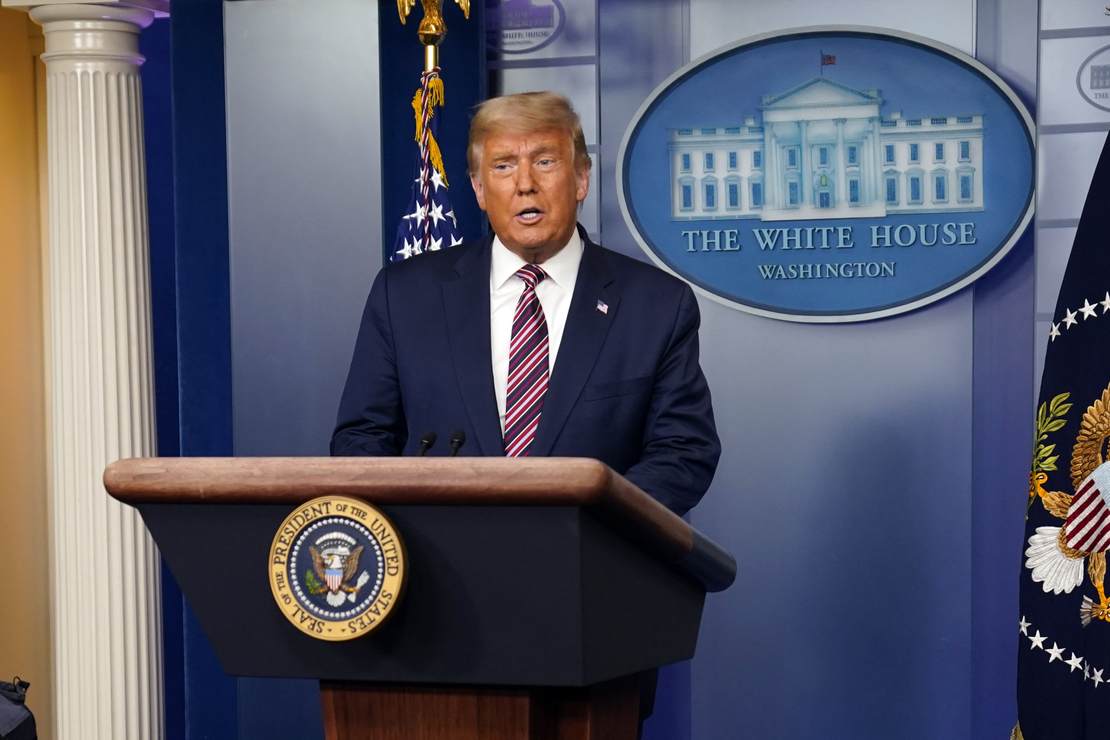 I’ve been very honest about Trump’s weakened position heading into 2024. Despite being the only officially declared candidate (for either party), his standing amongst the GOP has taken a huge hit since he left office.

Yet, Democrats seem just as terrified of him returning to the White House as ever. On Thursday, 41 House Democrats introduced a bill to prevent him from seeking the presidency in 2024 under Section 3 of the 14th Amendment, which disqualifies someone from holding office if they “engaged in insurrection or rebellion.”

Despite their best efforts, Democrats have failed to prove Trump has done anything of the sort, yet they’re clinging to this narrative in the hopes of preventing him from becoming president again. “Donald Trump very clearly engaged in an insurrection on January 6, 2021 with the intention of overturning the lawful and fair results of the 2020 election. You don’t get to lead a government you tried to destroy,” Rep. David Cicilline (D-R.I.), one of the House Democrats who introduced the legislation, said in a statement. Cicilline claims that the legislation “specifically details how Donald Trump engaged in insurrection when he helped to plan and encouraged the insurgence on January 6th,” which is pretty remarkable because the Biden Justice Department effectively acknowledged that the riot was a spontaneous, disorganized, and basically futile outburst that had no chance of preventing Congress from counting state-certified electoral votes. So, not only was it not a “threat to our democracy,” but the DOJ conceded that Trump wasn’t a key player at all.

The partisan January 6 Committee has repeatedly claimed to have evidence of incitement but has never produced it. In fact, various text messages released by the committee actually exonerated Trump — not that this stopped the committee from falsely characterizing them as incriminating. In fact, a committee member even doctored text messages to make them look incriminating when they weren’t. So, we know that Democrats know Trump is innocent of the crimes they accuse him of, yet they’re still using the accusations as a pretext for legislation to literally prevent him from becoming president again.

Why would they do that? The only logical explanation is that they are still afraid of him getting elected in 2024.

Also for our VIPs: DeSantis Continues to Look Like the Safer Bet in 2024

It’s an interesting position to take, considering that even Republicans are starting to question Trump’s viability in 2024. Between the disappointing midterms, made worse by the failure of several of his endorsed candidates to win key winnable races, there’s no doubt that Trump’s losing his political mojo. He just announced his own NFTs this past week, and yes, they sold out rather quickly. But many on both sides of the aisle, including Trump loyalists, were baffled by the move and quickly mocked it as a sign that Trump isn’t acting like a serious candidate.

On top of that, Trump’s poll numbers are collapsing.

A recent poll conducted by USA Today and Suffolk University found that Trump’s popularity is tanking amongst the GOP. Results showed that 61% of Republicans and independents who lean Republican would rather see someone other than Trump run for president in 2024. According to the survey, these individuals are now more likely to back Florida Gov. Ron DeSantis. When pitted against each other in a head-to-head primary, DeSantis leads Trump 56% to 33%.

Another poll from the Wall Street Journal also found that DeSantis has more support as a 2024 candidate from Republican primary voters than former President Donald Trump, with DeSantis beating Trump 52% to 38%. Trump’s approval rating among Republicans has also declined. While it currently sits at 74%, which is arguably very good, it was 85% a year ago.

Democrats seem to be more convinced than even many Republicans that Trump can not only win the nomination but win the presidency. To this point, they will resort to anything to prevent that from happening. What do they know that the rest of us don’t?