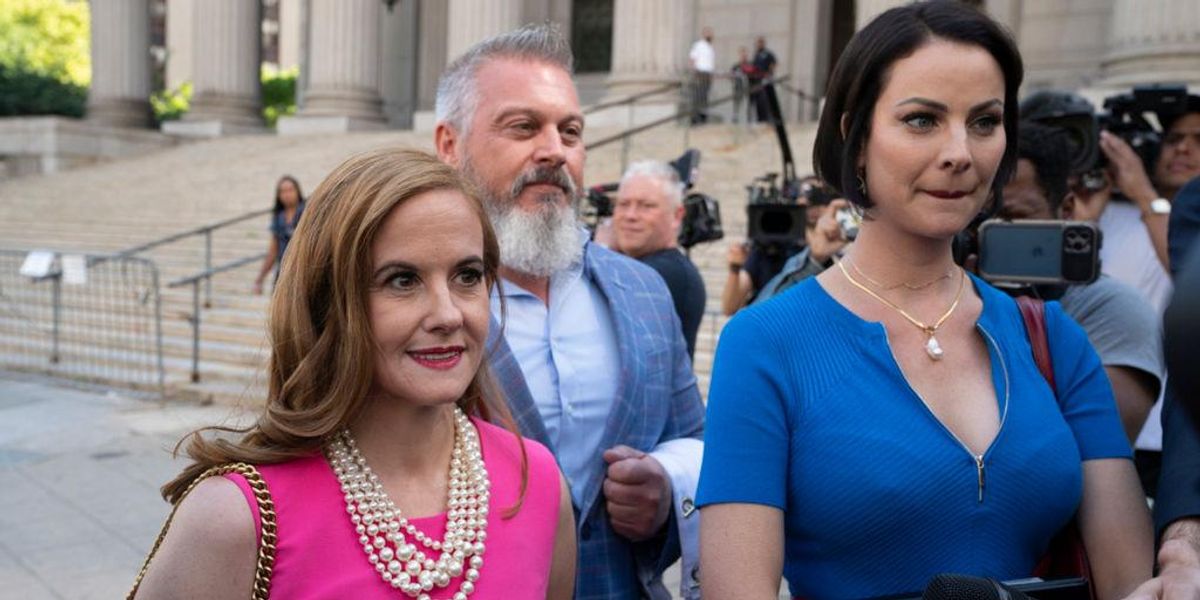 An alleged victim of Jeffrey Epstein claimed that the disgraced financier recorded blackmail videos of wealthy associates, according to newly unsealed court documents.

The 2017 deposition from Epstein victim Sarah Ransome was released earlier this week – igniting new questions into the allegations of sexual abuse of underage girls. Ransome’s deposition was taken for Virginia Giuffre’s lawsuit filed against Ghislaine Maxwell.

Ransome was reportedly introduced to Epstein in late 2006 by one of his female associates who approached her at a club. Shortly after meeting Epstein, Ransome allegedly traveled to his infamous island in the U.S. Virgin Islands and one of his apartments in New York City.

Ransome claimed that she started receiving treatment from his psychiatrist.

“Jeffrey’s psychiatrist prescribed me lithium, Ritalin, and there’s a bipolar description drug that was also prescribed to me by Jeffrey Epstein’s psychiatrist,” Ransome said in her deposition, according to Inside Edition. “I can’t remember the exact name of that bipolar drug. But I was started off with lithium and Ritalin.”

Ransome said a side effect of the lithium was weight gain, which became an issue for Epstein. Maxwell ordered Ransome – who was a 5’8″ model – to keep her weight under 115 pounds.

“Weight was a massive issue for Ghislaine and Jeffrey, so the lithium just didn’t work for me. I mean, I put on weight quite quickly,” Ransome said.

The weight restriction boiled over one night at Epstein’s Little St. James island.

“I can’t remember the specific conversation, how it went. We got into an argument about my weight, quite a heated argument,” Ransome remembered. “I recall it getting overheated and that I ran off and tried to swim off the island. I wanted to get as far away from Jeffrey and Ghislaine as possible.”

A search party was assembled and Ransome was brought back to Epstein.

Ransome alleged that Epstein controlled how the women looked and dressed – he purchased all of the clothes and cosmetics.

Ransome said, “All of the outfits — there were clothes provided on the island by Jeffrey Epstein, which were all Victoria’s Secret clothing: bikinis, nightgowns.”

During her six months with Epstein, Ransome claimed that the convicted pedophile would record videos of his associates having sex with his stable of women. She asserted that Epstein recorded the tapes as “blackmail.”

In newly unsealed emails, Ransome wrote, “When my friend had sexual intercourse with [redacted] and [redacted], sex tapes were in fact filmed on each occasion by Jeffrey.”

“Thank God she managed to get ahold of some footage of the filmed sex tapes which clearly identify the faces of [redacted] and [redacted] having sexual intercourse with her,” the email claimed. “Frustratingly enough Epstein was not seen in any of the footage but he was clever like that.”

She proclaimed, “I will be more than willing to swear under oath and testify in court over these sex tapes.”

Ransome told the recipient of the email that the footage “will break your heart into a million tiny pieces.”

The Daily Wire reported, “It is unclear when this email was written, but it appears to have been written to New York Post reporter Maureen Callahan. In other emails from October 2016 to Callahan, Ransome claims that she had reached out to Russian authorities to publicize her story, that the U.S. government refused to help her, that her fiancee’s life was in danger, and seemed to suggest that the CIA had hacked her emails.”

Ransome alleged that her friend had gone to the police, but had been “humiliated.” She added that a redacted individual “heavily intimidated her, roughed her up.” Ransome said her friend was “1000% certain that the FBI did a cover-up” and that a redacted person had threatened to kill her if she went public with the allegations.

In an email sent to Callahan on Oct. 23, 2016, Ransome completely changed course and said she would “like to retract everything I have said to you and walk away from this.” She ended her email by saying, “I wish you the best of luck on catching Epstein and company.”

Teacher who was brutally attacked by 9th-grade girl hospitalized, said to be unable to walk; student charged with aggravated battery
‘If you need to arrest me, I understand’: US Marine allegedly flew from Louisiana to Florida to have sex with 14-year-old girl he met online
NYT, DHS Celebrate Deceptive ‘Decline’ in Illegal Aliens as Biden Admin Legitimizes Border Crossers
‘Dances with Wolves’ star arrested, accused of running a sex cult and committing grievous crimes against girls
Police arrest Seattle-area pastor for allegedly dealing drugs, including fentanyl, cocaine, and meth