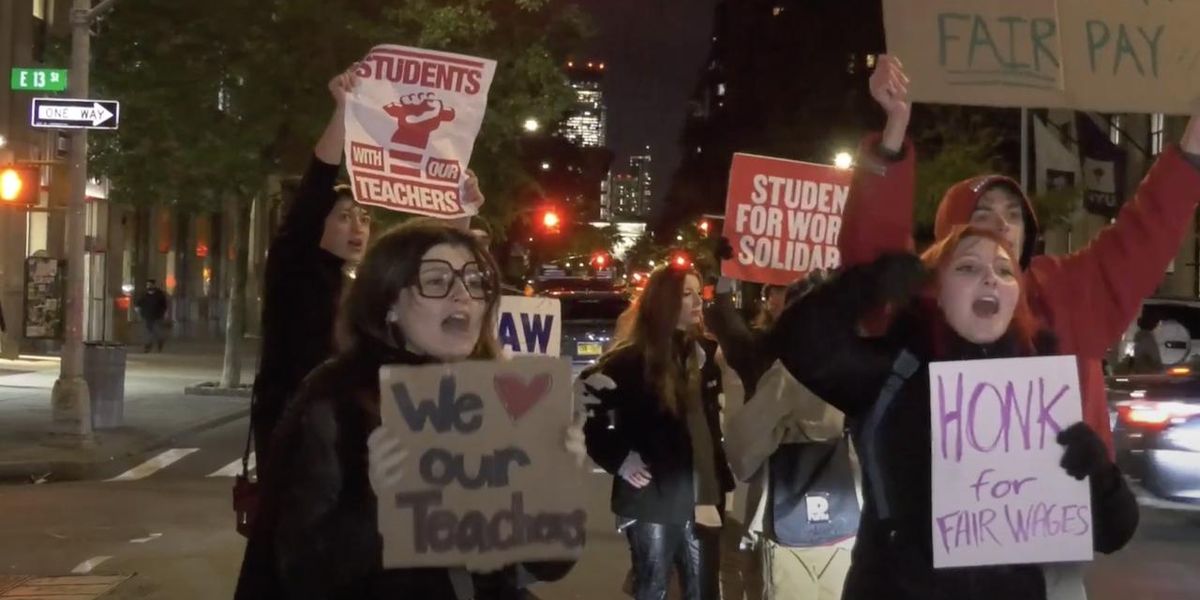 Students at a ritzy, progressive college in Manhattan are demanding “A” grades and tuition refunds — among other things — after a 25-day faculty strike, and they’re occupying a campus building amid the protest.

Students at The New School have entered their second week of protests and occupation of a campus building, the New York Post reported.

The paper added that students also are demanding the resignations of New School President Dwight McBride and the provost and vice president — and also turning the school president’s West Village townhouse into “communal property … used for purposes determined by the non-administrative [school] community.”

The paper said the protest originally was
in support of adjunct faculty members who went on strike for improved health care and higher wages.

While the 25-day faculty strike
ended Dec. 10, the Post students now say they want the college to compensate them for disruptions to their education from the faculty strike.

“We demand that every student receives a final course grade of A as well as the removal of I/Z grades for the Fall 2022 semester,” the demand letter states, according to the paper.

Students also are demanding a freeze on tuition and fees and a tuition refund, the Post said.

“We demand all students be refunded for the loss of instructional time due to the strike,” the letter states, according to the paper. “This tuition refund will be proportional to the duration of the semester during which the strike is in effect.”

What is The New School saying?

“The university supports peaceful free expression by our students, and we are listening closely to all of our students’ concerns,” a spokeswoman for The New School told the paper Saturday. “Faculty retain autonomy about how to conduct and grade their courses.”

Here’s a clip of students protesting alongside faculty about a month ago:

[embedded content]Hundreds Protest with Professors outside of New School in NYCyoutu.be