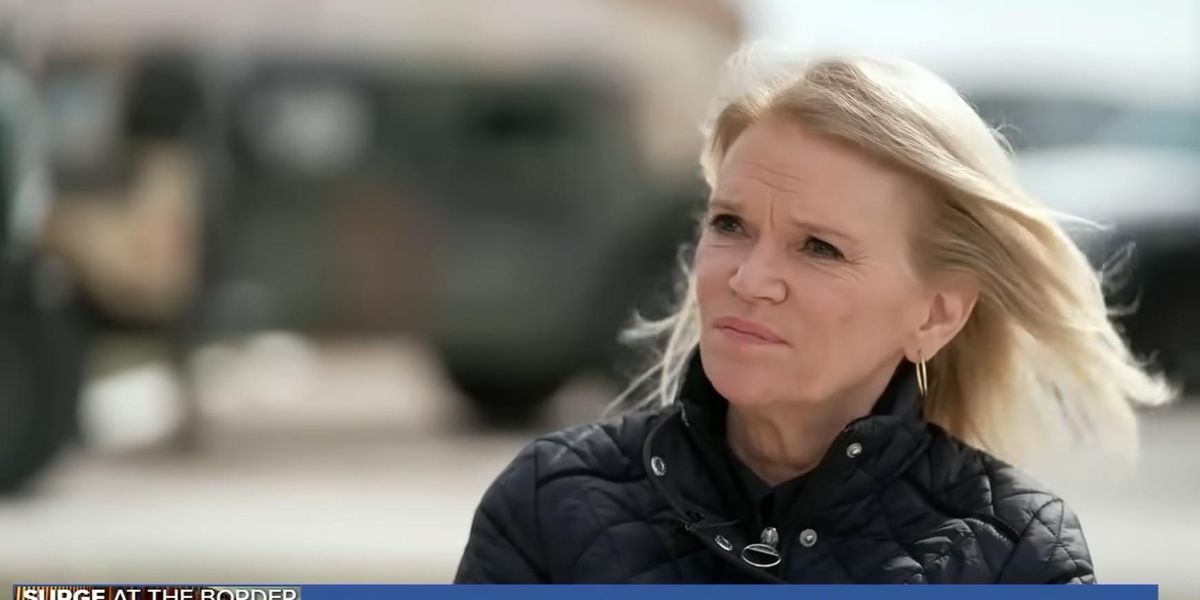 In a recent interview with Texas Gov. Greg Abbott, ABC News’ Martha Raddatz suggested that Republican critiques of the Biden administration’s open-border policies — not the policies themselves — are to blame for the invasion under way at the southern border.

By way of strategically faulty memory, Raddatz also claimed that President Joe Biden never called on illegal aliens to “come on over.”

Raddatz, the reporter who wept bitterly on television when former President Donald Trump was elected in 2016, discussed the border crisis with Abbott in an interview on ABCs’ “This Week” that aired Sunday evening.

Raddatz may not have heard Biden struggle with those exact words, but in the first Democratic primary debate, she might have caught Biden say that when he is president, illegal aliens should “surge to the border. … We’re a nation that says, ‘You want to flee, and you’re fleeing oppression, you should come.'”

In recent years, Biden has gone beyond explicitly telling foreign nationals who knowingly violate American territorial sovereignty “to come,” promising them health care; an end to detentions of illegal border crossers; an end to deportations; and amnesty.

The Biden administration spent billions to halt construction of the previous administration’s planned border wall and was instrumental in lifting the Trump-era Title 42 border policy, which served as a partial bulwark against illegal immigration and foreigner-borne disease during the pandemic.

While an unprecedented number of illegal aliens have stolen across the southern border since Biden took office (over 2.37 million in 2022 and 1.73 million in 2021), officials anticipate a greater flood after Title 42 is eliminated on Dec. 21.

In the final stretch of the interview, Raddatz cited the opinion of unnamed sources, claiming that it was the rhetoric employed by Republican critics of Biden’s open-borders policies that has been driving illegals to make the crossing.

“People I have heard say [that the border is open] are you, are former President Trump, Ron DeSantis — that message reverberates in Mexico and beyond. So they do get the message that it is an open border, and smugglers use all those kinds of statements,” said Raddatz.

Abbott responded, “It was known from the time that Joe Biden got elected that Joe Biden supported open borders. It’s known by the cartels who have sophisticated information. Whether or not the Biden administration is going to enforce the immigration laws or not is known across the world, but most importantly known among the cartels.”

Republicans “can proclaim the border to be open, but if it wasn’t, migrants would be unable to get into the United States in the numbers that they are,” wrote Tober.

Despite suggesting that Republicans were to blame, in the segment, Raddatz spoke to a pair of illegal aliens who confirmed that Biden’s border policy changes was what prompted their journey.

Although Raddatz may have trouble remembering, last year, an illegal alien informed her that he would “definitely not” have tried to cross while Trump was in office; that his reason for coming was “basically” because Biden was now in office.

u201cABC’s Martha Raddatz to illegal alien who crossed the border: “Would you have tried to do this when Donald Trump was president?”nnIllegal alien: “Definitely not.” nnRaddatz: u201cDid you come here because Joe Biden was elected president?” nnIllegal: u201cBasicallyu201du201d

Are We Talking Our Way Into a Debt Ceiling Catastrophe?
Gaetz Resolution Blocks Schiff From Access to Classified Info, and You’ll Love Its Name
Florida Man Friday: Get the Real Poop on His Late-Night Deposit at Joe’s Crab Shack
Kevin McCarthy boots Democrats Schiff and Swalwell from House Intelligence Committee, and they are outraged: ‘Integrity matters more’
Left cult: Media once again lies about ‘mostly peaceful’ Antifa protest amid violence, burning squad car