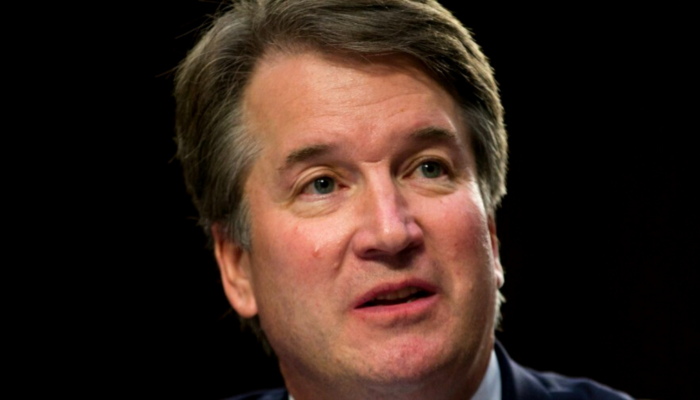 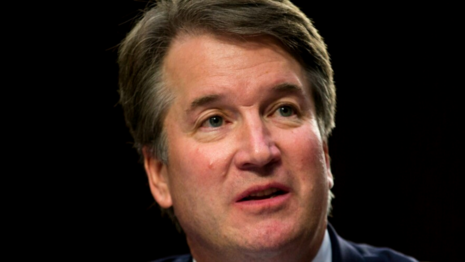 Bloomberg reporter Lydia Wheeler took an absurd dive into criticism of Supreme Court Justice Brett Kavanaugh which served to illustrate her apparent entrapment inside a liberal bubble which filters out any news contrary to an authorized narrative. And the narrative she was promoting was an attack upon Kavanaugh on December 12 in “Kavanaugh’s Holiday Party Appearance Renews Supreme Court Ethics Questions.”

According to Wheeler, Kavanaugh’s crime was attending a party hosted by a (GASP!) conservative:

Politico reported that Justice Brett Kavanaugh attended a private holiday party on Friday night at the home of Matt Schlapp, who is chairman of the Conservative Political Action Coalition (CPAC), and that attendees included Stephen Miller, whose group America First Legal Foundation has interests in cases now pending before the court.

Actually it was a Christmas party but it seems that Wheeler’s liberal inclinations don’t allow her to write that so it comes out as “holiday party.”

“Supreme Court justices should be extraordinarily careful in not only having no actual ethical difficulties but having no appearance of an ethical conundrum as well,” said Tonja Jacobi, a professor at Emory University School of Law.

Especially now, given “the legitimacy of the court at the moment is taking a severe beating,” she said.

…Americans’ trust in the judicial branch headed by the Supreme Court fell 20 percentage points from two years ago, according to a Gallup poll released in September, which found only 47% of US adults have a great deal or fair amount of trust in the judiciary.

Attending a party with people who “live, eat, and breathe conservative political action” is either reflective of a level of insensitivity to that development or indifference to it, said Charles Geyh, an Indiana University Maurer School of law professor.

“This is the worst possible time for this,” he said.

Though Supreme Court justices aren’t bound by the judicial code of ethics for federal judges, Geyh said they closely adhere to it and the code says judges should avoid impropriety and the appearance of impropriety in all activities.

These reporters and their appointed experts never cared when Ruth Bader Ginsburg was being celebrated by leftists at the Sundance Film Festival or the Glamour magazine “Woman of the Year” awards.

Wheeler seems utterly unaware of why Kavanaugh might want to avoid gatherings of liberals because not only has his home been stalked by leftists he was also forced to exit a restaurant due to screaming protestors and even had an assassination attempt upon his life.

Wheeler’s profound ignorance of news outside of the liberal narrative was further highlighted when she decided to conclude her story by citing a source who was recently stripped of any shred of credibility during questioning in Congress by Representative Jim Jordan.

The news comes a week after a Christian advocacy group’s former leader was questioned by the House Judiciary Committee about his allegations that Justice Samuel Alito leaked the outcome of the Supreme Court’s 2014 decision in Burwell v. Hobby Lobby Stores to a member of his network during a private dinner at the justice’s home. The decision let private companies claim religious exemptions from the mandate in the Affordable Care Act, which requires corporations to cover birth control.

As you can see in the video below, Schenck under incisive questioning from Jordan revealed that truth is a complete stranger to him.

Perhaps Lydia Wheeler might want to consider expanding her political horizons in order to avoid embarrassing herself in future stories.