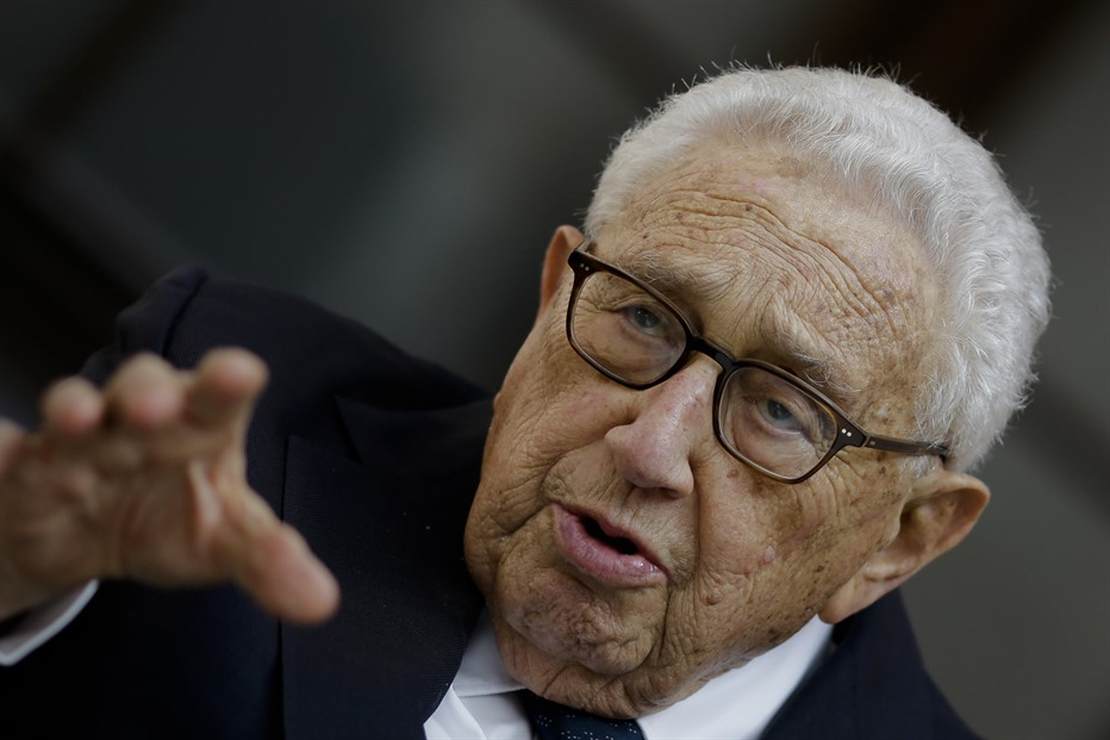 Former U.S. Secretary of State Henry Kissinger has a plan for preventing the Russo-Ukraine War from escalating into another global conflict, and let’s hope the White House is paying attention.

Kissinger writes in the new Spectator that the First World War started in part because Europe’s great powers were “insufficiently familiar with how technology had enhanced their respective military forces.” The result was “a kind of cultural suicide” that dragged on needlessly long because “no conceivable compromise could justify the sacrifices already incurred” by the end of the war’s second year.

The world might be “at a comparable turning point in Ukraine as winter imposes a pause on large-scale military operations there,” Kissinger warns.

In other words, the time to push for peace is now, before both sides have suffered so badly that no compromise seems worth the bloody losses.

I have repeatedly expressed my support for the allied military effort to thwart Russia’s aggression in Ukraine. But the time is approaching to build on the strategic changes which have already been accomplished and to integrate them into a new structure towards achieving peace through negotiation.

The way Kissinger sees it, the peace process should “link Ukraine to Nato, however expressed.” The way I see it, Kyiv might become a full member of NATO, or perhaps a mere “associate” that would enjoy NATO’s Article 5 security guarantee but no NATO troops stationed there.

Sorry, Vlad, but an officially neutral Ukraine died the day Russia invaded. The country was neutral, but neutrality brought them war, not peace.

To get the process started, Russia would have to fall back to “a ceasefire line along the borders existing where the war started on 24 February.” Territories conquered in 2014, including Crimea, “could be the subject of a negotiation after a ceasefire,” including popular local plebiscites to determine whether those areas would become internationally recognized parts of Russia, or remain part of Ukraine.

The goal of a peace process would be twofold: to confirm the freedom of Ukraine and to define a new international structure, especially for Central and Eastern Europe. Eventually Russia should find a place in such an order.

The biggest obstacles to Kissinger’s plan are just two men: Russian strongman Vladimir Putin and Ukraine’s president, Volodymyr Zelenskyy. Putin seems content to ride out a long and ruinous war, no matter what the risks. And Zelenskyy shows no willingness to compromise: It’s either Ukraine’s 1991 borders or maybe WWIII.

The only fault I find with Kissinger’s plan is that he doesn’t detail how to wrangle Putin and Zelenskyy to the negotiating table.

Meanwhile, on the other side of the world, Japan is doing its part to deter revanchism in Communist China.

The country’s postwar constitution — drafted primarily by American occupation officials under Gen. Douglas MacArthur — still states that the “Japanese people forever renounce war as a sovereign right of the nation” and therefore “land, sea, and air forces, as well as other war potential, will never be maintained.”

But Article 9 has been largely “observed in the breach” since the 1950s. Japan maintains “self-defense forces” that are small but well-armed and well-trained. By tradition, defense spending has been capped at a tiny 1% of GDP.

That’s changing in a big way.

Tokyo just announced a plan to double defense spending by 2027, according to the Wall Street Journal. Prime Minister Fumio Kishida has warned that “today’s Ukraine could be tomorrow’s Asia.”

Under its boosted defense budget, Japan would gain the ability to strike targets in China with American Tomahawk missiles and with improved cyber forces.

Beijing is noticeably upset, accusing Tokyo of “Hyping up the ‘China threat’ to find an excuse for its military buildup.” But, the increasingly belligerent Communist government has no one to blame but itself for Japan’s increased willingness to do its part to keep the peace.