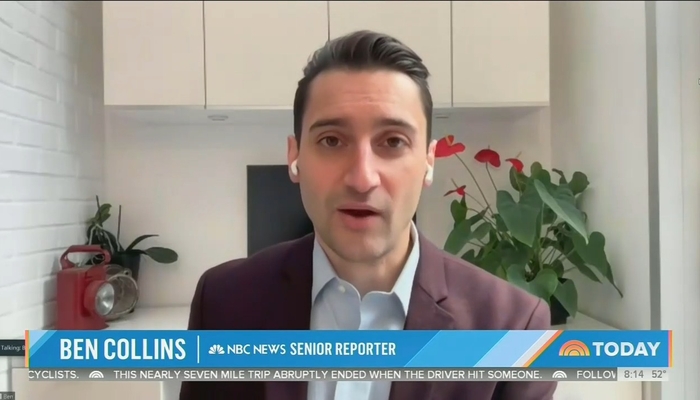 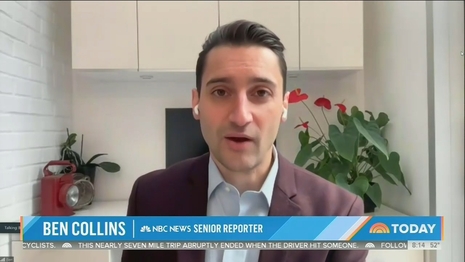 On December 8, Fox News media reporters Brian Flood and David Rutz chronicled the animus NBC “disinformation” reporter Ben Collins showed against Elon Musk after his takeover of Twitter, including a tweet about how journalist Matt Taibbi’s reporting on the Twitter Files was “humiliating s–t.”

NBC News had already benched one of the journalists who has reported on Twitter and been harshly critical of Musk. NBC News temporarily suspended tech reporter Ben Collins from covering Musk on NBC and MSNBC airwaves. According to two sources, the network told Collins earlier this month that his criticism of Musk, which included comments about how the billionaire was purposefully trying to destroy Twitter, was not editorially appropriate. Collins continued to tweet his reporting about Twitter last night about the social network’s ban of journalists.

Fox’s Flood added that “Collins tweeted a simple heart emoji shortly after reports of his suspension hit the internet.”

He added NBC News did not respond to Fox’s requests for comment on whether executives believed Collins could fairly cover Musk and Twitter, or whether he should be considered an opinion pundit.

The last Collins appearance on NBC or MSNBC came in a soundbite on the December 3 Today. It was a Steve Patterson story on Twitter suspending Kanye West again, adding “hundreds of Twitter accounts belonging to far-right activists and QAnon theorists have been reinstated according to data reviewed by NBC News.”

Then Collins added: “People who know how to play the game in the white supremacist spaces, who know how to get people radicalized subtly over time. Those are the people that are coming.”

On Friday, MSNBC hosts came rallying to the Ben Collins cause. On The Reidout, Joy Reid said of Twitter, “At this point, I try to pull myself off it, I think it’s too toxic, but thank God for the great Ben Collins who tweeted out that all of these folks were suspended. That’s how I saw that it happened. He’s one of the best in the business. We love him.”

On The Last Word with Lawrence O’Donnell, guest Roger McNamee sincerely compared Collins to reporters on Watergate and the Pentagon Papers, like Musk was Nixon:

ROGER McNAMEE: The most important thing, Ali, and this is the thing that NBC and every other journalistic organization needs to understand, you cannot back down to this guy. I mean there is a situation, inside NBC, with the extraordinary reporter, Ben Collins, who has been temporarily suspended from NBC for comments he made on Twitter about Elon Musk.

And NBC now has to recognize, all journalistic organizations have to understand, that they have to protect their people in this moment. That what Ben Collins did is not only legitimate journalism, it was essential journalism. And I stand with Ben Collins and every other journalist who is trying to do their job in the face of this unrelenting assault. Not just on the First Amendment, but unrelenting assault on democracy. This is our one chance so we have got to get it right.

VELSHI: As you know, Ben and you and I often appear together having these conversations about Twitter and we were —

McNAMEE: And there is no one better on these — on these topics than Ben. And the thing is, what he did was completely standard inside — inside Twitter.

VELSHI: Roger, thank you for the work you do. And of course, thanks to my colleague Ben Collins for the reporting that he`s been doing on this as well.

On Saturday, MSNBC host Ali Velshi put on lefty Roger McNamee, who thinks “extraordinary” Ben Collins is Woodward & Bernstein. His tweeting against Musk? “I don’t think anybody other than NBC believes was problematic. It was in fact, completely appropriate. He was doing his job.” pic.twitter.com/Cg4PqzlJkQ