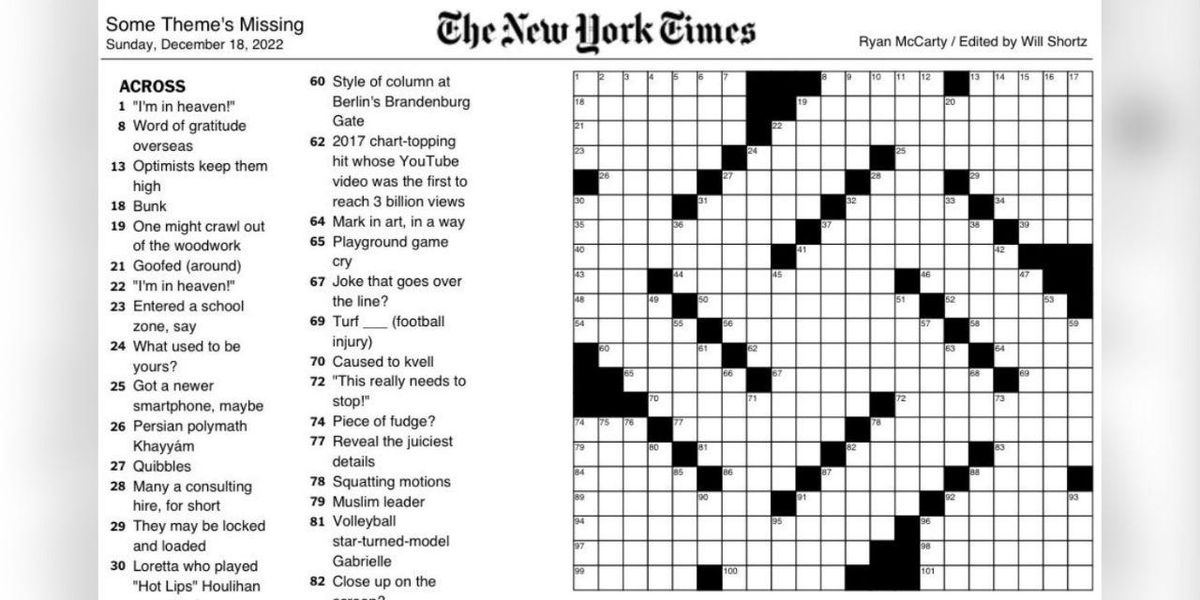 On Sunday, the eve of Hanukkah, the New York Times was slammed online for publishing a crossword puzzle that appeared to be in the shape of a Nazi swastika, Fox News Digital reported.

The puzzle’s constructor, Ryan McCarty, described the design as a “fun whirlpool shape.” Caitlin Lovinger wrote in a Times article about the Sunday puzzle, “I love the geometry in this puzzle — so many stair steps! — and feel that it contributes to a certain evenness in the solve.”

The puzzle’s layout sparked outrage on Twitter, with critics baffled that the newspaper could miss the resemblance.

Donald Trump Jr. wrote, “Disgusting! Only the New York Times would get Chanukah going with this is the crossword puzzle. Imagine what they would do to someone who did this and was not ideologically aligned with them? I’ll give them the same benefit of the doubt they would give those people… EXACTLY ZERO.”

u201cDisgusting! Only the New York Times would get Chanukah going with this is the crossword puzzle. Imagine what they would do to someone who did this and was not ideologically aligned with them? Iu2019ll give them the same benefit of the doubt they would give those peopleu2026 EXACTLY ZEROu201d

Lawyer and BlazeTV host host Mark Levin posted on social media, “Meanwhile, on the first night of Hanukkah the anti-Israel New York Slimes issues a crossword puzzle that looks like a swastika. Of course, when pointed out, they claimed it was a coincidence. What a sick and sad history.”

“This is the NYTimes crossword puzzle today on the first day of Hanukka,” wrote Keith Edwards, a Democratic strategist and Lincoln Project alum. “What the hell, @nytimes?”

Former Obama and Biden fundraiser Eric Ortner posted on Twitter, “Intentional swastika or not, the fact that the @nytimes @NYTGames would have a staff so insensitive to not catch it, is worthy of discussion & action. This is not getting the attention it deserves. #NeverAgain.”

“Mr. Netanyahu’s government, however, is a significant threat to the future of Israel — its direction, its security and even the idea of a Jewish homeland,” the piece stated.

In 2017, the New York Times came under fire for publishing a crossword puzzle with a design that looked similar to a swastika. The paper replied to the accusations on Twitter, stating, “Yes, hi. It’s NOT a swastika. Honest to God. No one sits down to make a crossword puzzle and says, ‘Hey! You know what would look cool?'”

u201c@NYTGames For anyone curious, this is the crossword this tweet is actually aboutu201d