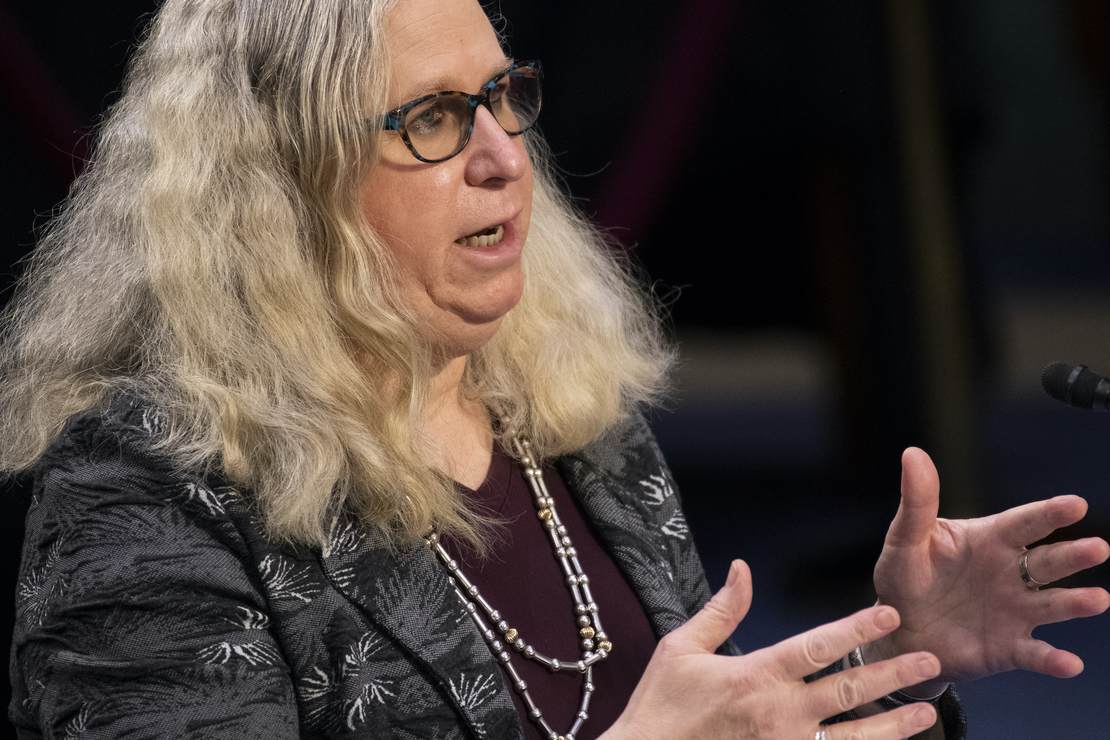 In a video going viral on Twitter, Dr. Richard “Rachel” Levine, Joe Biden’s Assistant Secretary of Health, can be seen talking about his transition during the 2019 Annual Meeting of the Society for Adolescent Health and Medicine in Washington, D.C. Levine was Secretary of the Pennsylvania Department of Health at the time.

Though the clip is a few years old, it’s nevertheless important to watch because Levine accidentally revealed everything wrong with the transgender movement without realizing it.

“You know, my transition was very different because for many reasons — professional and mostly personal reasons — I transitioned over ten years. Most people don’t take that long to transition,” he explained.

He went on to say that young people aren’t willing to take that long to transition anymore, which is interesting in itself. Is that why kids are being rushed into transitioning without psychological intervention? Hmm?

“I don’t know, if I was… 15 [years old] now, if it would have taken so long, but, but again, when I was 15, what were you gonna say — and who would you tell and how would you possibly express that? But, so, the — the language started about, you know, so that was now 20 years ago — when I started, kind of started this journey, and it was starting to become more in culture, in the internet and support groups, etc.”

This is a stunning admission about the influence of pop culture and the internet in spreading the social contagion that is transgenderism. Transgenderism was once extremely rare and most associated with middle-aged men. Now, it has exploded amongst young people. And while the radical transgender cult denies that transgenderism is a social contagion, Levine clearly admitted as much here without explicitly saying so.

Related: Evidence Grows Proving That Transgenderism Is a Social Contagion

But the worst part was yet to come.

“So it took a long time. I don’t regret any of that,” said Levine. “But I have no regrets because if I transitioned when I was young, then I wouldn’t have my children. I can’t imagine a life without my children. And so, every experience led me to here. And, um, so how could I regret that?”

This is pure evil. @MattWalshBlog here is Dr. Levine admitting that he wouldn’t have his children if he had been affirmed when he was younger. But he is actively trying to destroy everyone else’s children. pic.twitter.com/upeH6xc1Tq

This remark encapsulates the tragedy and evil of the transgender movement. Levine is a strong advocate of transing children. He’s claimed that “there is no argument” about “gender-affirming care” among pediatricians and doctors who specialize in adolescents. Levine clearly understands that pumping children full of puberty blockers and mutilating their bodies leaves them permanently infertile. Yet, he supports letting them make a life-altering decision that will deny them the joy of parenthood — a joy for which he is not only grateful but is also the reason he doesn’t regret not transitioning at a young age.

Dr. Levine is a sick, sick man who is willing to condemn young people to a childless life of severe medical complications. Frankly, it shocks me that his comments haven’t been routinely cited by those fighting against the transgender cult that is targeting kids.