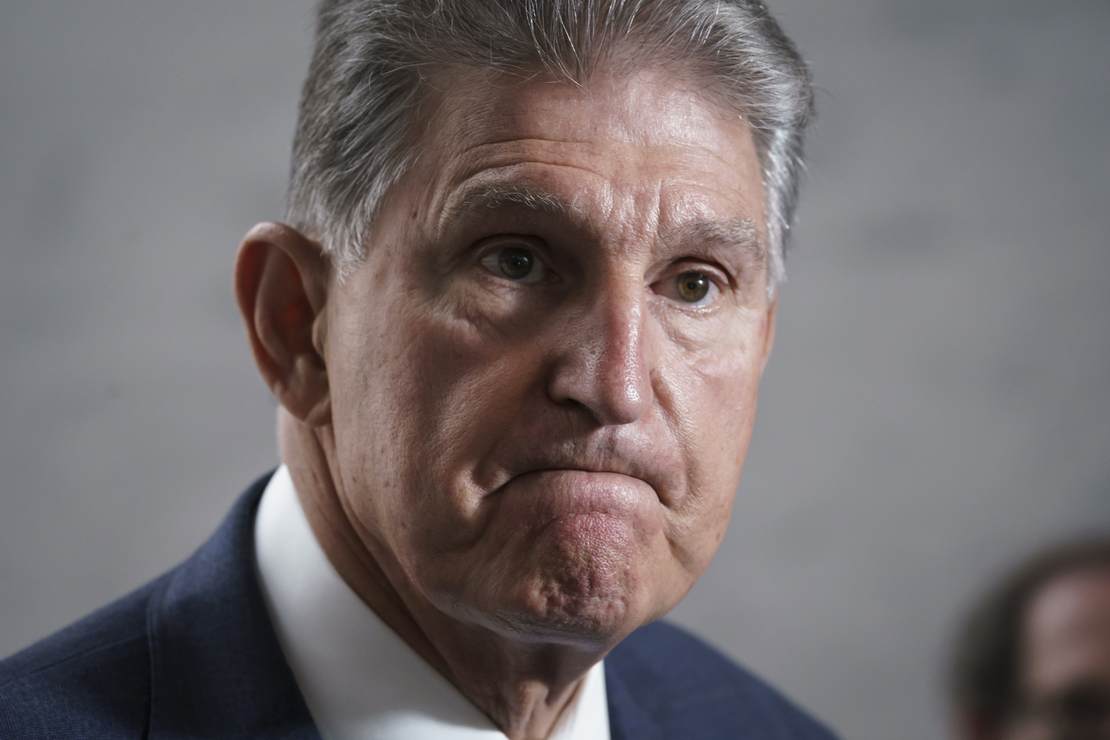 During an appearance on CBS’ Face The Nation, Sen. Joe Manchin (D-W.Va.) dodged a question about whether or not he intends to leave the Democratic Party.

“I’ll let you know later what I decide to do,” he said. “But right now, I have no intentions of changing anything except working for West Virginians, trying to give them more opportunities, better quality of life and basically making sure our country is energy secured. I’m not going to be relying on other parts of the world or other countries to deliver energy for what we need for our economy and our defense of our country.”

Earlier this month, Sen. Kyrsten Sinema officially left the Democratic Party and became an independent. There was some speculation that Manchin might follow suit, and while it sounds like he’s leaving the possibility on the table, he obviously doesn’t want the public to think he might change soon.

He continued, “I don’t look at things that way. Where I came from is basically, how do I survive and make it better and the quality of life that we can extend to more people? That’s it. And if Republicans have a good idea, and I like it, I’m with it. And if I’m the only Democrat, which I’ve been many times, I feel very comfortable and come home and explain it.”

“I’ll look at all of these things. I’ve always looked at all those things, but I have no intention of doing anything right now,” Manchin told CNN. “Whether I do something later, I can’t tell you what the future is going to bring.”

Although he is a frequent critic of his party and the toxic politics in Washington, there is no reason to believe that Manchin will ever leave his party. Like Sinema, Manchin is up for reelection in 2024. But, Sinema’s change in registration was merely a political strategy to potentially save her chances of getting reelected. She still intends to caucus with the Democrats and will continue to vote overwhelmingly like every other radical Democrat.

At this point, it seems unlikely that there’s any move that Manchin can make to save his chances of getting reelected in 2024. He’s now among the most disliked senators in the country and is politically doomed as a Democrat in a state Trump won 68.6% to Joe Biden’s 29.7%.

So, why is Manchin still acting like he might leave the Democrats? Well, with the Democrats having a 51-seat majority, he’s lost a lot of power, and closing the door on the possibility that he could leave the party would forfeit any remaining leverage he has now. Manchin, like Sinema, has a reputation for being a moderate Democrat, but, despite their so-called independence, they both vote overwhelmingly with Biden.

Louisiana man caught on ‘gruesome’ video sexually abusing a neighbor’s pit bull, police say
How Hollywood Helped Create, and Destroy, Time’s Up
Leftist Privilege Gets Lawyer-Turned-Firebomber Off Easy
RATINGS KING: Greg Gutfeld Of FOX News Tops Every Show On CNN And MSNBC
Watch a 5-year-old preacher go viral by baptizing his toys, singing with Grammy Award-winning singer: ‘You have lifted us all up’