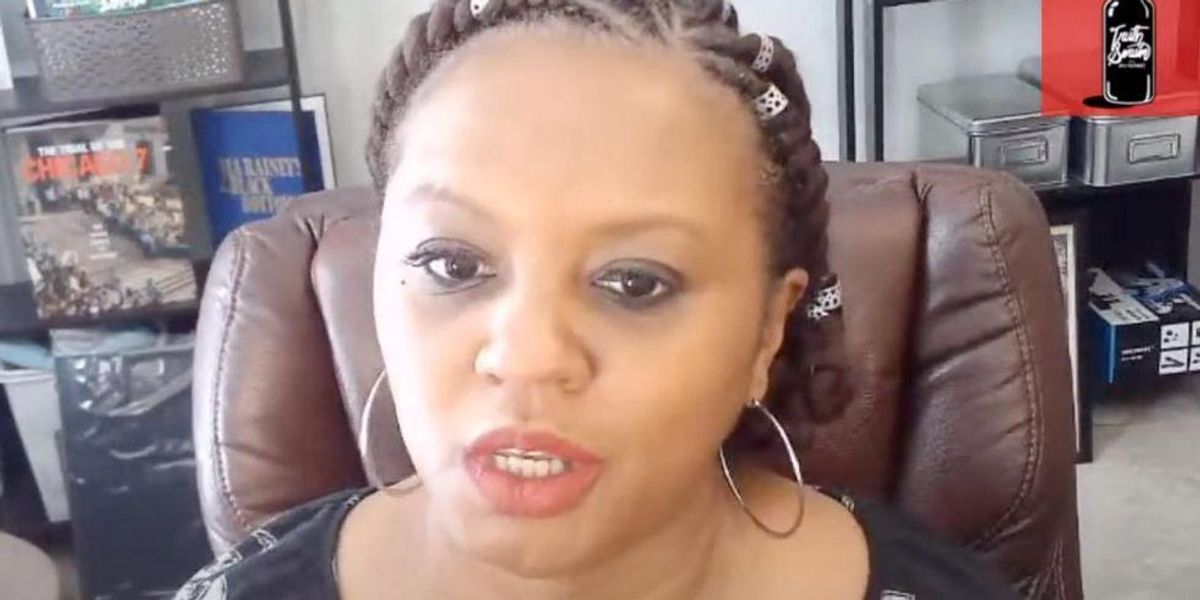 A film and television critic was mercilessly mocked for claiming white people portraying blue aliens in the newest “Avatar” movie were guilty of culturally appropriating people of color.

Kathia Woods, a writer for the Philadelphia Tribune, was eventually forced to lock down her account and make all her tweets private.

“At some point we gotta talk about the cultural appropriation of Avatar and white actors are cos playing as poc,” wrote Woods on Twitter. “It’s just a mess and so not necessary & no amount of visual effects/GCI is gonna erase that. Bad Lace fronts/ Dry synthetic braids. Jesus fix it.”

Woods bizarrely associated the blue-colored aliens of the fantasy movie world with “people of color,” and many on social media responded with scorn and ridicule.

“At some point we gotta talk about how wokeness and people like Kathia Woods are ruining the entertainment industry with takes like this. People so bitter they can’t enjoy a fantasy film and it’s message. Americans and their rabid race politics infecting the western world,” read one response.

“Hey @kathia_woods you are a straight-up clown! The shit that comes from liberal brains is astounding!!!!! I pity you people!!!!” responded another critic.

“Come on you must know this is ridiculous, right? It’s a sci-fi movie. We know the inspiration behind it, but it doesn’t represent them. These are supposed to be blue aliens; nothing more, nothing less,” read another reply.

Not everyone disagreed completely.

“I think the offense over cultural appropriation way overbroad in general, but it’s also ok to point out that this is creatively bankrupt and using a hack pastiche of native culture esthetics to hammer home an already ham-handed allegory about colonialism. Feels exploitative,” said Noah Blum.

Others pointed out her apparent hypocrisy in decrying white cultural appropriation of blue aliens while previously praising the re-invention of the character of Superman, another alien, as a black man. Woods blocked at least one person for saying so.

Woods also wrote for Buzzfeed and started her own website focused on covering “Black, African-American, Latinx, and female filmmakers/television producers.”

“Avatar: The Way of Water” is a sequel to the 2009 blockbuster, both directed by James Cameron. The newest film garnered $134 million in domestic theater sales and $300.5 million in international ticket sales on its opening weekend.

The Real Reason Biden Shot Down the Chinese Spy Balloon
‘Unwoke’ With Kevin and Kruiser #60: Can Diversity Dems Ditch Kamala?
EAT MORE BUGS EXCLUSIVE: Natural News releases high-magnification cricket snacks, cricket flour and whole cricket microscopy photos from the lab
Tom Brady, 45, says he’s retiring ‘for good’ from NFL: ‘Thank you guys for allowing me to live my absolute dream.’
What Could Go Wrong? Scientists Launch Project To Bring The Dodo Bird Back From The Dead