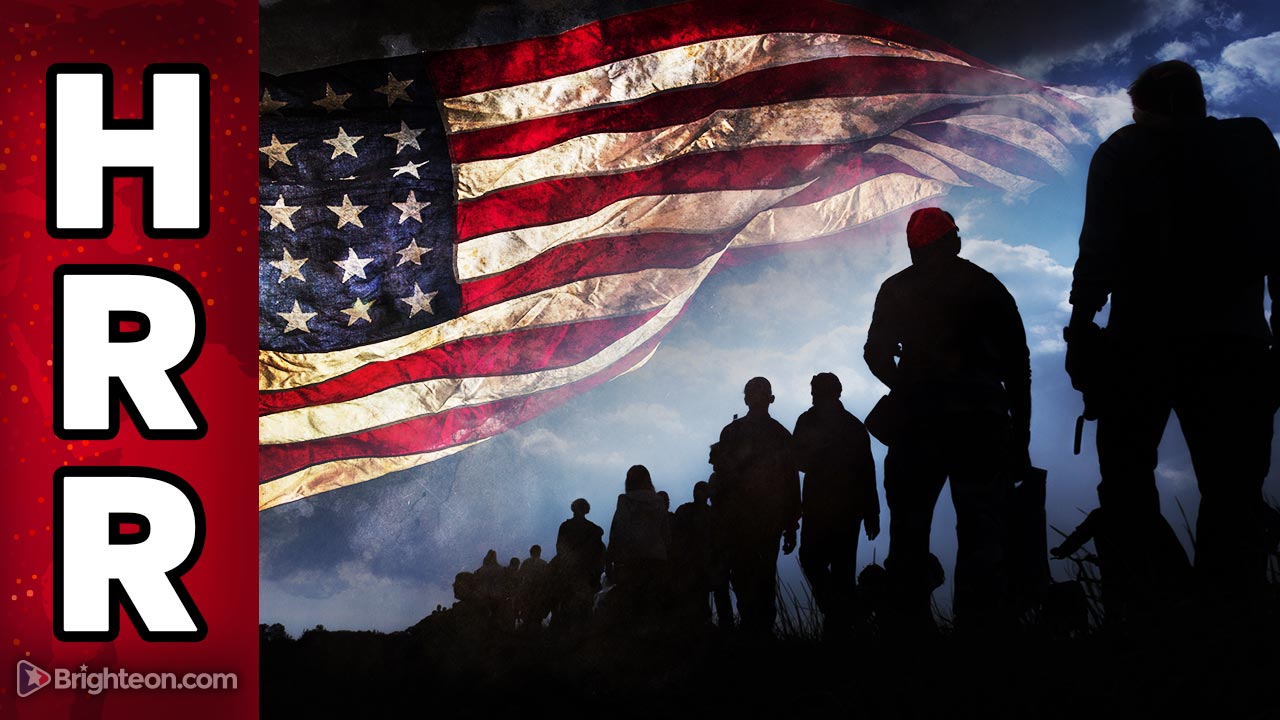 (Natural News)
In their latest racist effort to destroy America and displace the American people, Democrats are set to welcome a massive wave of illegal immigration as soon as Title 42 is revoked. Chief Justice Roberts granted a temporary injunction against the measure being taken down, but that’s unlikely to hold for long. As soon as Title 42 is brought down — it was the Trump-era ruling that allowed the USA to turn away illegals by the millions — an invasion wave of illegals will pour across the border and flood America’s cities and towns like never before.

By some estimates, over 14,000 illegals will surge across the border each day, with over five million over the next year. This has been the Democrat plan all along. Dems are racist anti-Americans who despise American citizens while favoring illegals.

“Texas Gov. Greg Abbott (R) on Sunday predicted there would be “total chaos” at the border if the controversial immigration policy Title 42 is lifted on Wednesday as planned,” reports TheHill.com:

“If the courts do not intervene and put a halt to the removal of Title 42, it’s going to be total chaos,” he told ABC’s “This Week” co-anchor Martha Raddatz.

Meanwhile, the mayor of El Paso, Texas, has declared a state of emergency over the anticipated flood of illegals. As The New American reports:

Mayor Oscar Leeser, a Democrat, declared a state of emergency on Saturday, citing the hundreds of illegal immigrants sleeping on the streets in cold temperatures and the thousands being apprehended every day.

Leeser’s announcement comes days from the December 21 expiration of the Title 42 immigration rules, which is expected to increase the flow of illegal crossings that amount to nothing less than an unprecedented invasion of the U.S. southern border.

The mayor’s declaration only highlights the severity of the invasion of illegal immigrants as El Paso, a Democratic stronghold, has had a long history of welcoming illegal immigrants, until now. The city was forced to act with tens of thousands of illegals crossing the border in recent months, and the expected surge of crossings when the Covid-era border restrictions of Title 42 end this week.

New York City is also sounding the alarm over the anticipated flood of illegals, even as New York isn’t a border state. Via TheEpochTimes.com:

New York City Mayor Eric Adams, a Democrat, said Sunday that the looming expiration of Title 42 could force the city to slash public services to deal with a surge in illegal aliens.

“Our shelter system is full, and we are nearly out of money, staff, and space. Truth be told, if corrective measures are not taken soon, we may very well be forced to cut or curtail programs New Yorkers rely on, and the pathway to house thousands more is uncertain,” Adams said in a statement.

Denver mayor Michael Hancock, a Democrat, announced the emergency as several hundred illegal aliens, mostly from Central and South America, arrived in the state over the course of just several days preceding his declaration.

“Let me be frank: This influx of migrants, the unanticipated nature of their arrival, and our current space and staffing challenges have put an immense strain on city resources to the level where they’re on the verge of reaching a breaking point at this time,” Hancock said at a news conference on Thursday.

Note that Hancock is panicking over just a few hundred illegals arriving at his city. States like Texas are dealing with millions, even as Democrats continue to demand wide open borders by opposing border walls and any commonsense restrictions on illegal immigration.

The Wall Street Journal is reporting that American citizens are being displaced from homeless shelters by the wave of illegals that’s already under way… even before Title 42 is brought down:

As federal immigration authorities continue to release migrants by the thousands, El Paso officials and local charities are near a breaking point in the sprawling border city.

Large groups of migrants, including a large contingent of Nicaraguans who crossed the border on Sunday, have been streaming across the Rio Grande in recent days. U.S. Border Patrol facilities housed more than 5,000 people on Wednesday and roughly 1,700 migrants were released, according to data from the City of El Paso.

Mr. Martin said the Opportunity Center’s five shelters traditionally focus on the city’s local homeless population but since August have routinely housed migrants released in the city. On Wednesday, the group’s Welcome Center housed about 129 people, nearly all of whom were migrants.

Americans are also losing out on living space due to the fact that landlords can charge a lot more to “pack and stack” multiple illegals into the same apartment, charging them each for rent. As NewsPunch.com reports:

Most of the migrants are single men, who are eager to take low-wage jobs, share crowded apartments, and compliantly accept abuse from employers. They migrate because U.S. jobs — many of which arebpaid in tax-free cash — pay far more money than they could earn at home and allow them to quickly pay smuggling debts and send money back to their families.

Landlords have responded to the Biden inflow by evicting many single-income American families to make room for larger groups of bunk-sharing migrants that can pay higher rents from multiple jobs. This resulting rise in rents provides an easy guide to the growing cost of migration that is being imposed on Americans, just as rising gas prices tend to display the impact of inflation on Americans.

Americans are about to be hit with an invasion wave, food inflation, power grid blackouts and freezing weather all at once

The migrant invasion wave isn’t the only thing impacting Americans right now. There’s also food inflation, the risk of power grid blackouts and the coming freeze wave that will plunge more than half the country into sub-freezing temperatures through Christmas.

Just as food inflation and scarcity hits the American people, in other words, there will be no spare capacity at homeless shelters and food banks, due largely to the invasion wave of illegals.

Importantly, most of these illegals are fleeing failed socialist nations run by the same sort of leftists who are destroying America. Democrats hope they can eventually grant them all amnesty to turn them into Democrat voters and reliable welfare state recipients who will demand government assistance generation after generation. Put another way, Democrats are using illegal immigration as a political recruitment tool at the expense of the American people (who are being thrown under the bus, as usual).

Tom Brady, 45, says he’s retiring ‘for good’ from NFL: ‘Thank you guys for allowing me to live my absolute dream.’
Lula’s Brazilian “Indigenous” Charity Embezzled $6.5 Million
Video surfaces of CDC official calling for WHITE GENOCIDE to eliminate all white vaccine refusers in America
NewsBusters Podcast: CNN Ratings Crash Matches Doubling Down on Bias
How and Why the Left Is Making the Memphis Cops Into ‘Racists’