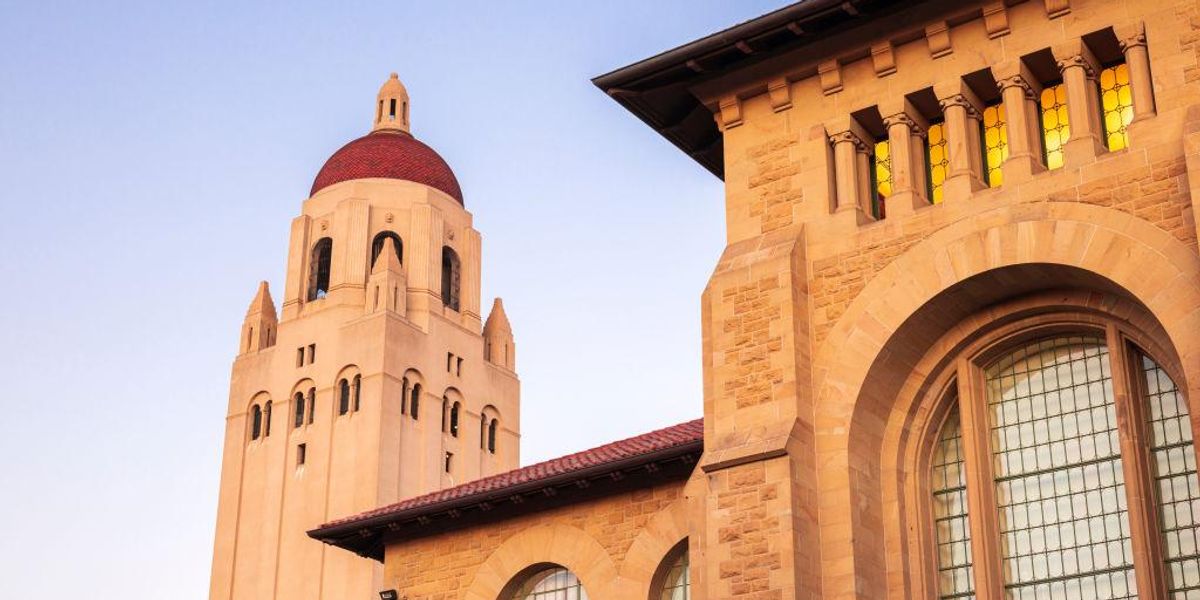 Stanford University has identified a list of words and phrases that it will soon be removing from its websites. “American,” “he,” “straight,” and “gentlemen” are among the forbidden words listed in the school’s index of so-called “harmful language.”

Stanford claims on its website that “freedom of speech is core to the mission of academic life of our university.”

Marc Tessier-Lavigne, the university’s president, previously alleged that besides threats of harm, disruptive speech, and unlawful harassment, “we do not otherwise restrict speech in our community, including speech that some may find objectionable.”

It is now apparent that where official communications are concerned at the university, common words and idioms that conflict conceptually with LGBT and identitarian activists’ agendas are not to be used freely.

The Wall Street Journal noted that administrators have embraced the recommendations of the so-called “Elimination of Harmful Language Initiative” and published a master list of forbidden words.

According to the university, the EHLI “is one of the actions prioritized in the Statement of Solidarity and Commitment to Action, which was published by the Stanford CIO Council and People of Color in Technology (POC-IT) affinity group in December 2020.”

The terms listed in the censors’ index are reportedly “in alignment” with those used by similarly censorious peer institutions, including Brandeis University and the National Science Foundation’s Extreme Science and Engineering Discovery Environment project.

Although the university, facing scrutiny, password-protected the EHLI’s list and hid it from public view, the Journal obtained a copy.

Terms deemed unfit for use that do not fall into the above categories are classed under “Additional Considerations.”

Among the verboten words cited on the “Ableist” master list along with the preferred substitutes are:

Among the verboten words cited on the “Culturally Appropriative” master list along with the preferred substitutes are:

Among the verboten words cited on the “Gender-Based” master list along with the preferred substitutes are:

Among the verboten words cited on the “Imprecise Language” master list along with the preferred substitutes are:

Among the verboten words cited on the “Institutionalized Racism” master list along with the preferred substitutes are:

In addition to eliminating language that references biological realities and universal concepts that upset activists, Stanford also seeks to swap out idioms it regards as violent, such as “beating a dead horse” and “killing two birds with one stone.”

u201cStanford has introduced their “Elimination of Harmful Language Initiative”nnI would say this is insanely lame but both of those words are now banned.u201d

While the EHLI’s stated goal is to eliminate harmful and biased language, there is nevertheless an apparent bias in its suggested replacements.

For instance, the EHLI presumes that the U.S. is not the most important country in the Americas, despite the nation being the most powerful and prosperous as well as serving as a benefactor to most others countries in the Western Hemisphere.

In another instance, by presuming “tribe” is culturally appropriative, the EHLI censors abrogate alternative meanings, glossing over both the Latin root “tribus,” referencing “one of the three political/ethnic divisions of the original Roman state,” as well as its biblical usage.

Without providing a “trigger warning,” the Stanford Review ridiculed the EHLI list, making sure to use as many of the proscribed terms on the master list as possible.

The campus paper called on “all students to be brave and liberally use all words POC-IT considers harmful, so at least their guide will have another use besides a laughing-stock.”