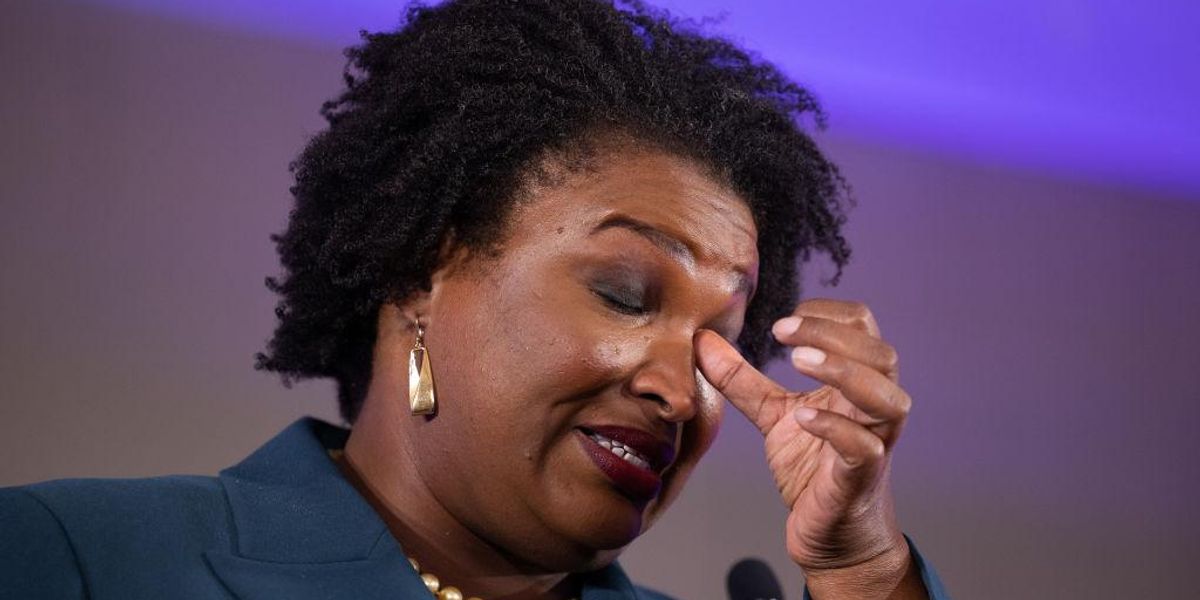 Twice-failed Democratic gubernatorial candidate Stacey Abrams recently suggested that she may soon test whether voters have the resolve to reject her a third time. However, in the interim, she will first have to deal with the financial fallout of her latest political blunder.

Abrams’ political machine has been long mired in scandals concerning its finances.

The legal team was unsuccessful and the group’s lawsuit failed in federal court, but that’s not what ultimately raised eyebrows. The $10 million payment, flagged as exceptional, raised concerns about a possible conflict of interest.

Abrams’ Fair Fight PAC announced earlier that month that it would look into an entirely different but similarly questionable matter: why the inexperienced friends and family of its director were getting enriched while maintaining other full-time jobs.

Now, Abrams’ campaign, which raised over $103 million in her latest losing race against Georgia Gov. Brian Kemp (R), is facing scrutiny over its debts and the Democrat’s failure to budget responsibly.

According to the Atlanta Journal-Constitution, the Abrams campaign rented a so-called “hype house” in an expensive neighborhood intended for TikTok streamers. The house was rarely used.

The campaign also paid for a “swag truck” and pop-up shop without a deployment strategy to speak of.

One Democratic official told the Journal-Constitution, “It’s incredibly bad planning, and it shows where their values are at.”

Georgia Democratic operative Chris Huttman told Axios that Abrams “was running a campaign where there’s always been more money in the future that can fix the mistakes of the past.”

Huttman noted that this is a “well-documented pattern” for Abrams, given that she also ran out of other people’s money during her 2018 primary.

Groh-Wargo told Axios that the campaign, facing a “cavalcade of negative press and negative polling,” resorted to working with brokers to sell off its donor lists and voter contact databases to help pay down the debt.

While on the hook to vendors, the campaign cut most of its 180 full-time staffers’ paychecks.

“Of course, I would have loved to do a lot of things differently,” said Groh-Wargo. “But I had to move as fast as possible. We tried to do the best we could to make sure that help would be there for folks.”

A former staffer told Axios that people linked to the campaign panicked after the pay cut: “They have no idea how they’re going to pay their rent in January. … It was more than unfortunate. It was messed up.”

The unceremonious cuts made losing by over 297,000 votes even harder for members of Abrams’ team to bear.

“We did not just lose, we got blown out,” said Groh-Wargo. “It was the most sub-optimal situation to be in. And we will be dealing with that situation for some time.”

Staffers’ disdain may be the least of Abrams’ concern.

The Washington Free Beacon reported earlier this month that the the Abrams-run New Georgia Project (NGP) has been collecting donations without a license in at least nine states, exposing itself to potential fines and criminal inquiries.

Fines for violating these states’ charity laws could range from $25 dollars to $25,000, with penalties possibly applying to each donation received by the group, formerly led by Sen. Raphael Warnock (D-Ga.).