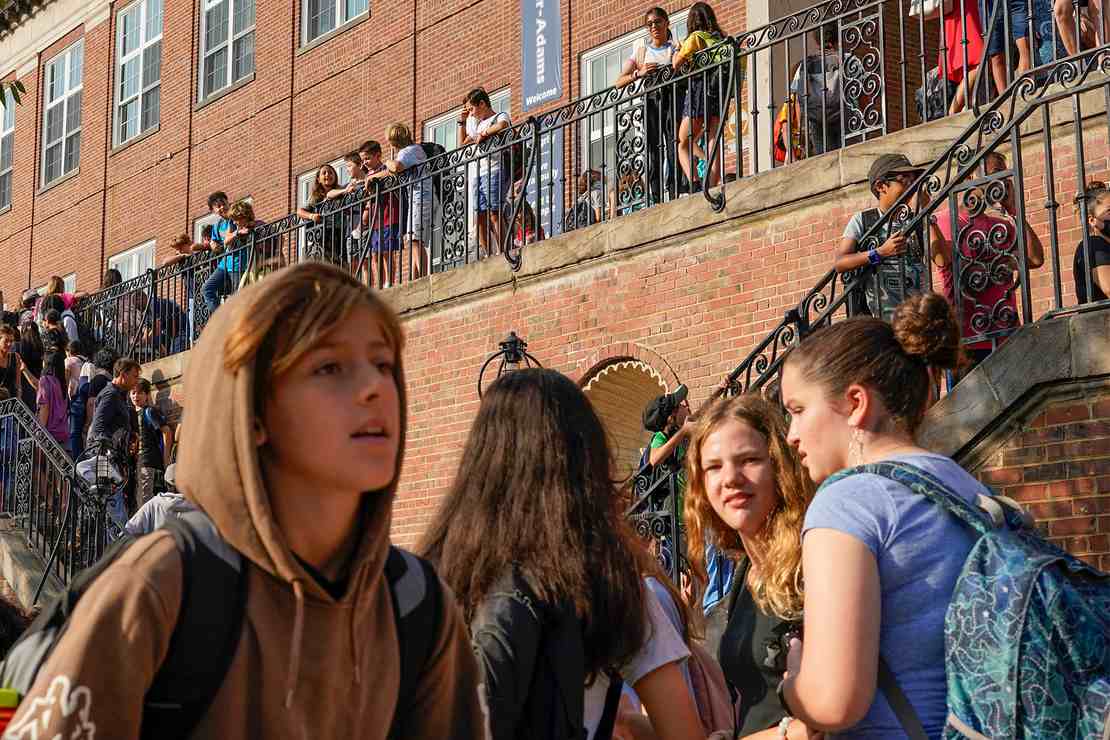 As the old saying goes, “Nothing splendid has ever been achieved except by those who dared believe that something inside of them was superior to circumstance.” And parents with students at the Pendleton Heights High School in Pendleton, Ind., are facing some very difficult circumstances — specifically, a policy about gender that was never meant to see the light of day.

To complicate things, these parents are up against a society that champions transgenderism at the expense of everything else: a school board that has seen fit to keep them in the dark about its policy. So, these parents will have to find that “something” inside of them.

The Daily Signal reports that earlier in the year, a parent with a child in the school found an email from a school counselor to teachers at the school. According to the email, the student was transitioning. The parents were not to be told since they were “not supportive.” Apparently, this practice is district-wide, although the Signal did not know which grades may have been affected. Once this knowledge came to light, some parents were furious, with one commenting:

If the staff at South Madison are willing to lie to parents about this—what else are they willing to lie about? How can I be assured my kid is safe while he’s at Pendleton if they can’t be trusted to be honest with me?

One teacher resigned over the policy, telling the Signal, “When I had to look at that parent, and feel like I was lying to that parent … I was sick to my stomach. I can’t lie to parents. I can’t do that again.” Originally, if a student made a request relating to gender, the parents were informed.

The “Gender Support Plan” itself does not appear to have been widely known within the ranks of the district. But when the Signal talked with the counselor who sent the email, Kathy McCord, she said that the plan is known to the school counselors but not the teachers, the public, or parents. McCord said that she found the practice to be “disrespectful and dishonest.” In the link above, you can see a copy of the blank form used by the counselors for the plan. McCord and another counselor said that they were told that the plan was board-approved.

However, during a Dec. 8 school board meeting, Superintendent Mark Hall said that the district adhered to a non-discrimination policy, which is why the school will use a preferred name or gender without notifying a parent. The official said that the school prefers that parents are involved in the process and that parents can contact the school at any time about anything. You can watch the live stream from the meeting below.

(Warning: after years of being a reporter, I can tell you that one of the biggest dangers of public meetings can be tedium, and I suggest you scroll to 17:00 for the relevant discussion.)

You may have noted the LGBTQ advocate who slammed not only the board but also the concerned parents. As someone who was bullied for being gay, even though I am not gay, and as someone who grew up with a father who struggled with gender after being groomed by his own mother, I can tell you I am not homophobic. Do such people exist? Of course, they do. But the issue here is not bullying, which should have no place in any form or in any place. In this case, the issue of bullying was blatantly used to discredit the parents and frighten dissenters into shame-filled silence. If a parent is going to be abusive over the issue of gender, then there should be a system in place to protect the child. But as one person at the meeting noted, how will a counselor know, if the parents are never contacted? The recurring theme among the parents was the feeling that they had been lied to. If, as one speaker said, this policy is a good thing, why the need or desire to conceal it?

The issue here is that if the district wants parents to be informed and welcomes their calls, why was this plan and accompanying form kept secret? Do all of the parents in the district need to contact their child’s school and specifically ask about any gender changes? The Signal contacted the district and this was the response:

School Board President Joel Sandefur, other school board members, Schools Superintendent Mark Hall, and one of his assistants all refused to respond to The Daily Signal’s latest request for answers to five key questions about the secret policy before Monday’s publication deadline.

Students who live with abuse come in all shapes, sizes, colors, orientations, and genders. If a student is at risk for abuse at the hands of a parent or caregiver, that needs to be addressed. But do some school districts feel that they are in possession of some sort of gnosis or secret knowledge when it comes to gender or their students? Or is the siren song of dissent and rebellion just too tempting to pass up?

As the number of detransitioners appears to be on the rise, one wonders what will happen when trans is no longer trendy. If you have ever been a teenager (and if you are reading this, chances are you have been), you know how susceptible they are to peer pressure and popularity. With the advent of social media, that pressure has increased one hundred-fold. Perhaps the school should be telling students, whose brains are not even fully formed, not to worry about gender and just be themselves. And yes, it is also okay if they identify as their biological sex.