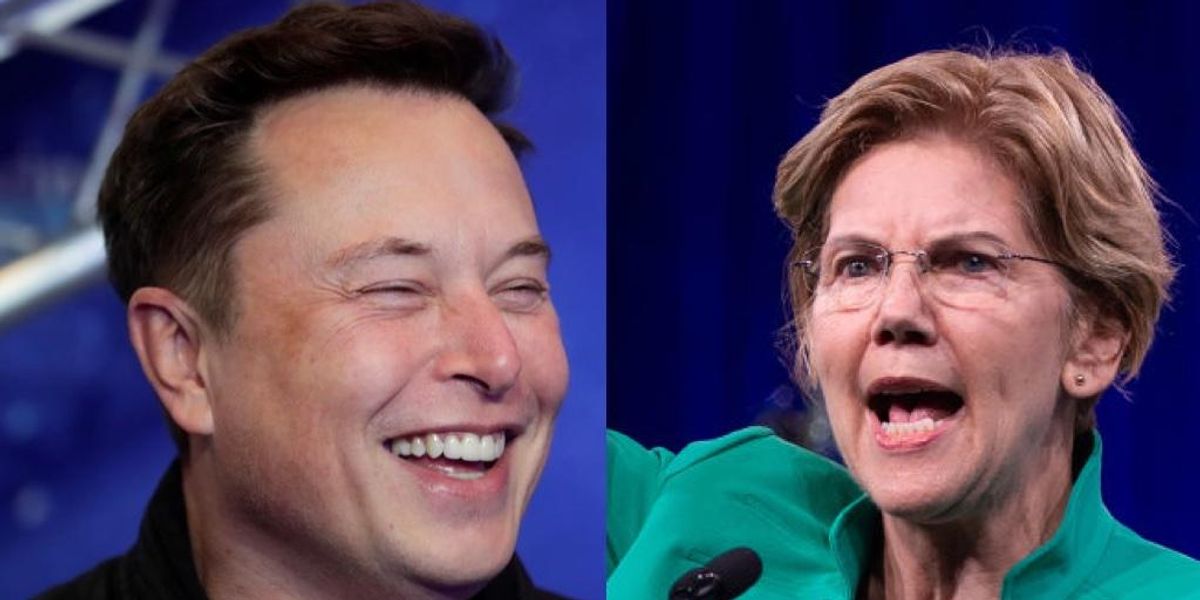 Billionaire business magnate Elon Musk has suggested that America has “been harmed by having” Elizabeth Warren serve as a U.S. senator.

Musk, the CEO of Tesla, made the comment in response to news that the Democratic lawmaker from Massachusetts sent a letter to Tesla board chair Dr. Robyn Denholm, pressing her about how Musk’s acquisition of Twitter and work running the social media platform is impacting the electric car maker.

“Mr. Musk’s acquisition of Twitter and his simultaneous management of both Twitter and Tesla raise significant legal questions about conflicts of interest, compliance with labor laws, and misappropriation of corporate resources. As you know, it is the legal obligation of Tesla’s Board to ensure that its CEO is meeting all his legal responsibilities and serving as an effective leader. I am writing you so that I can better understand how you are dealing with these challenging circumstances so that I can evaluate current laws and current law enforcement in this area,” Warren wrote in the letter.

“The United States has definitely been harmed by having her as a senator lol,” Musk tweeted in response to a post by Farzad Mesbahi.

Musk recently posted a poll asking people whether he should step down from the helm of Twitter — he indicated that he would abide by the outcome of the poll, and ultimately, a majority of the votes (57.5%) supported having Musk relinquish the reins at Twitter, while 42.5% of the votes supported having him remain in charge of the platform.

“I will resign as CEO as soon as I find someone foolish enough to take the job! After that, I will just run the software & servers teams,” Musk tweeted on Tuesday.

“Not no, but HELL NO. They don’t even read it before voting on it!” the Hodgetwins responded.

“Guaranteed, not one person voting for it has read the whole thing. If we added that basic requirement, legislation would improve dramatically in favor of the people,” Musk replied.

u201c@hodgetwins Guaranteed, not one person voting for it has read the whole thing. If we added that basic requirement, legislation would improve dramatically in favor of the people.u201d

‘I Love Drag’: CNN’s Griffin Defends Parents Taking Kids to Drag Shows
Will There Be Drama at Tonight’s State of the Union?
AI system cloning of human voices reaches creepy new level of achievement… now you can never trust that what you hear is HUMAN
Racializing the Death of a Black Man by the Police, Part I
TRIGGERED: Leftist Puts Bounty on Marjorie Taylor Greene’s White SOTU Troll Balloon