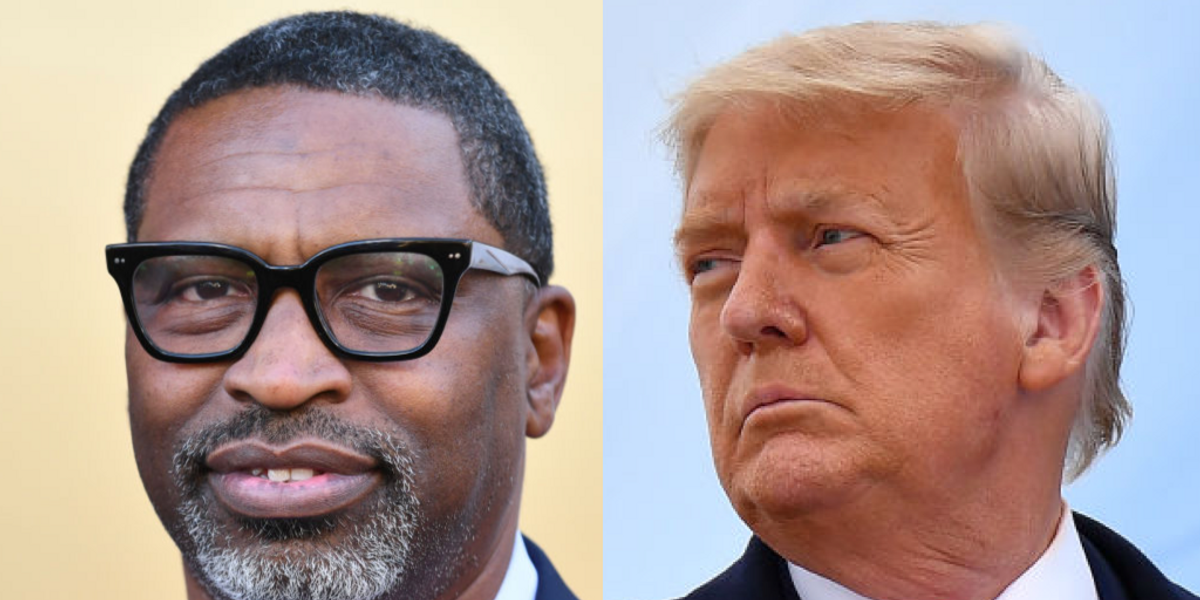 In a play on the lyrics of a popular Christmas song, NAACP president Derrick Johnson indicated that all he wants for Christmas is for former President Donald Trump to be arrested.

“I don’t want a lot for Christmas There is just one thing I need I don’t care about the presents Underneath the Christmas tree,” Johnson wrote, copying lyrics from the song “All I Want for Christmas Is You.” But he concluded the tweet by declaring, “All I want for Christmas is… Donald Trump in handcuffs.”

u201cI don’t want a lot for ChristmasnThere is just one thing I neednI don’t care about the presentsnUnderneath the Christmas treennAll I want for Christmas isu2026 Donald Trump in handcuffs.u201d

In a tweet last month, Johnson claimed that House “Speaker Nancy Pelosi saved the U.S. Capitol and safeguarded our democracy on January 6, 2021.” He also tweeted, “History will remember her as one of, if not the most effective Speaker in history.”

The House select committee that investigated the Jan. 6, 2021, Capitol riot announced criminal referrals regarding Trump on Monday, but the Justice Department is not obligated to act on any of the committee’s recommendations to go after Trump.

u201cThe fourth and final statute we invoke for referral is Title 18 Section 2383. This statute applies to anyone, who incites, assists, or engages in insurrection against the United States, and anyone who u201cgives aid or comfortu201d to an insurrection.u201d

The only two Republicans serving on the committee are Reps. Liz Cheney of Wyoming and Adam Kinzinger of Illinois — both lawmakers are Trump critics who voted in favor of impeaching the then-president last year in the wake of the Jan. 6 episode.

“These folks don’t get it that when they come after me, people who love freedom rally around me. It strengthens me. What doesn’t kill me makes me stronger,” Trump wrote in a Truth Social post on Monday. “Americans know that I pushed for 20,000 troops to prevent violence on Jan 6, and that I went on television and told everyone to go home….”

Trump officially announced last month that he is running for president during the 2024 election cycle.

A group of House Democrats is backing legislation meant to bar Trump from ever holding office again.

Fact Checkers POUNCE: ‘The US Still Exists,’ Biden Didn’t End Us as a Nation!
Cracker Barrel to dish up free food for a year for Valentine’s Day marriage proposals at the restaurant
11 of the world’s most violent cities are in the U.S. and they all have one thing in common — one party runs them
BIASED MUCH? ChatGPT AI Writes Poem Admiring Biden, Not Trump: Report
‘Sit this one out’: Father of teen killed in Parkland shooting responds when Newsom criticizes Florida permitless carry proposal