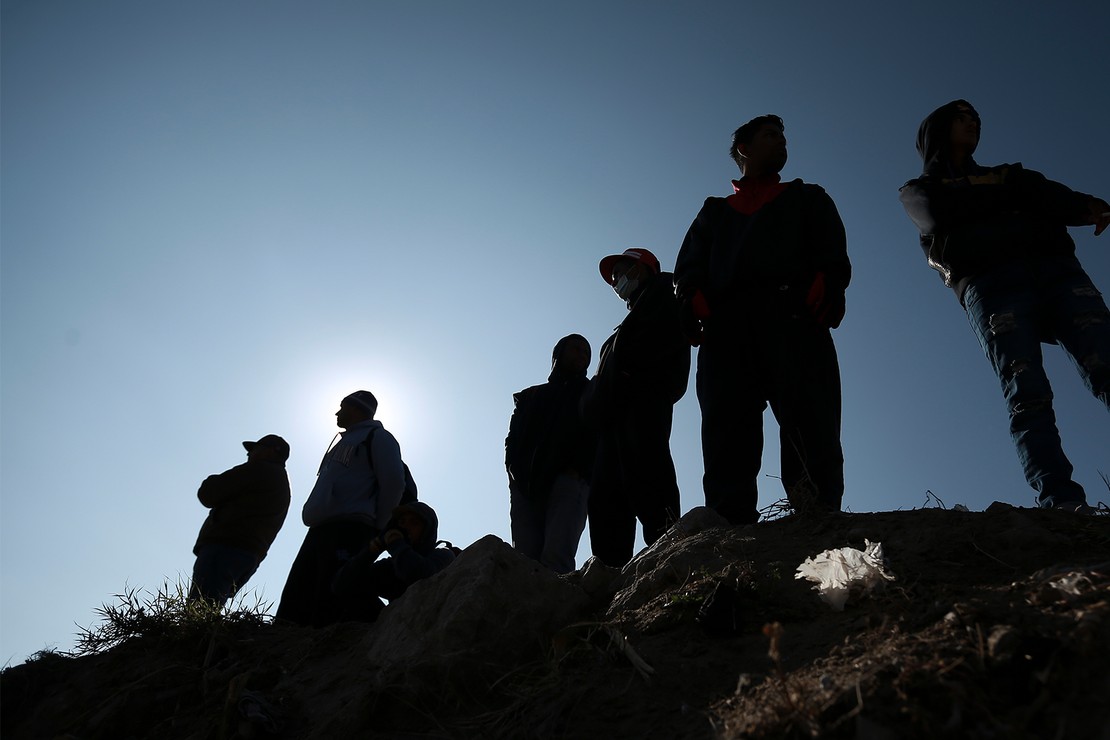 According to research done by the Center for Immigration Studies (CIS), the human tidal wave has already been moving toward the United States for months. And right now, hundreds of thousands of immigrants are waiting in shelters or camped out in Mexico waiting for the time when the U.S. will be forced by law to take their applications for asylum and release them into the interior of the United States.

CIS compiled the information on the tidal wave-in-making from Latin American media sources. It’s a given that almost none of this information has appeared in U.S. mainstream media. But if we want to understand what is about to hit the southern border, we should listen to sources on the ground amidst the men, women, and children looking for a better life.

Especially the children — many of whom traveled to the border alone. All across Mexico, they’re waiting in shelters that are full-to-bursting. They come from 40 countries, and an economist from Nicaragua was quoted as saying, “It breaks the soul to see the children with their backpacks … to see how the country bleeds to death. We are losing the best. They are leaving by the thousands.”

The small southern Mexican town of San Pedro Tapanatepec in the state of Oaxaca was so overwhelmed that it was forced to declare bankruptcy and discharge 15,000 immigrants who were staying in a government shelter. They’re now forced to wander the roads with no food or water. You can guess what direction they are all headed.

“I don’t know what that is (Title 42) but they say yes, that you have to wait for it to end,” a man named Luis said in Spanish to El Diario de Juarez.  ”They wait in the river for the end of Title 42.” “Here we stay in the river. Then we cross to the other side and there we will stay. … There are many of us who are waiting for the 21st.”

Estimates of how many are already pooled up are hard to come by. But judging from Mexican media reporting, at least 75,000 are in Mexico now waiting for Title 42’s final demise along Mexico’s northern border or coming toward it, and many thousands more are headed toward Mexico through South and Central America, media reporting in those countries shows.

But those are just the ones who can be counted in church and government shelters.

One thing that’s very noticeable is how many Trump-era ideas for the border were dismissed as “inhumane” or “cruel” yet have suddenly become government policy in the Biden administration.

Officials have been weighing policies to try to stem the flow of migrants heading to the US southern border. Among them is a proposal that would bar migrants from seeking asylum at the US-Mexico border if they could have received refuge in another country they passed through, mirroring Trump-era asylum limits. The proposal is being finalized and is expected to be announced this week prior to the lifting of Title 42.

The new rules are likely to generate outcry and legal challenges from immigration advocates, who have pushed for an end to Title 42. Enacting a version of a Trump-era asylum rule could also pose political challenges for Biden, who vowed to enact a more humane immigration policy than his predecessor.

Untold thousands more are camping in tents, staying in hotels, or sleeping on building rooftops. Other media accounts say another 40,000 are on their way to join them from cities in southern Mexico.

People are going to die trying to get here — perhaps hundreds, perhaps thousands. And just the sheer number of people will create problems that might have been foreseen for the Biden administration, but administration officials didn’t choose to address them for political reasons.

The Biden-friendly media may hate Republicans more than it likes the truth, so we can expect it to do everything in its power to downplay the coming catastrophe at the border. But it’s not going to be easy to hide dead bodies once we see the human toll of this “social phenomenon never seen before in the history of the region,” according to one Latin American media source.

NHL team skips ‘Pride Night’ warmup jerseys: ‘We support everyone’s individual right to respectfully express their beliefs’
Poll finds almost a quarter of Millennials get their rent paid by their parents, others get groceries, utilities paid
Four-star US Air Force general predicts war with China in 2025
Watch a 5-year-old preacher go viral by baptizing his toys, singing with Grammy Award-winning singer: ‘You have lifted us all up’
Biden’s new adviser is a climate alarmist who claimed to have suffered an ‘acute mental health crisis’ as a result of Trump’s 2016 victory