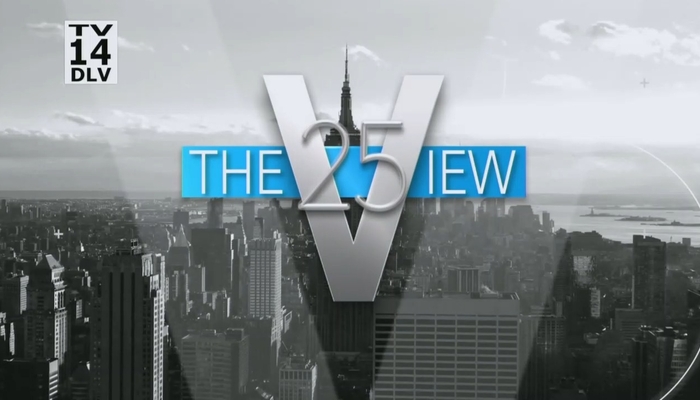 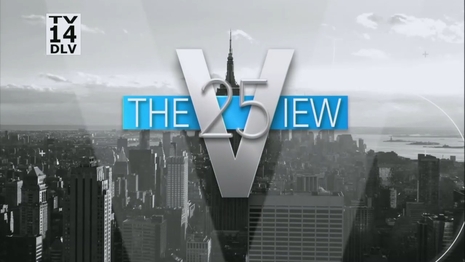 NewsBusters readers might recall that back in July, the cast of ABC’s The View made a series of apologies and clarifying statements over multiple days to the conservative organization Turning Point USA. These statements were the result of a threatened defamation suit but were only three of a total of 36 legal notes and statements the show was forced to issue in 2022 because of the cast’s reckless, hate-fueled, and dubious comments.

Reviewing The View’s 36 legal notes, NewsBusters has noted that very few conveyed any genuine sincerity, and were instead openly mocked by the cast afterward.

The following day, co-host Whoopi Goldberg had to issue a personal apology because she falsely asserted that TPUSA invited the Nazis to their event. “You let them in and you knew what they were. So you are complicit,” she said at the time. In her retraction, Goldberg proclaimed: “My bad.”

Setting the standard for the year, their first legal note came on January 21, with racist co-host Sunny Hostin giving a “dramatic reading” of an Ivanka Trump statement after they falsely accused her of being “at the Capitol” and “speaking” at the rally on January 6, 2021.

Their favorite target to attack was Ginni Thomas, the wife of U.S. Supreme Court Justice Clarence Thomas. They had to issue a total of five legal notes regarding their comments against her (the most for any single person). After repeatedly pushing the same false accusation that she was at the head of the mob that stormed the Capitol on January 6, Hosting would robotically repeat the same lines:

Ginni Thomas has denied any conflict of interest between her activism and her husband’s position on the supreme court. She acknowledges attending the stop-the-steal rally, but says she left because it was cold, and denies she was involved in organizing it.

These notes would be interrupted by co-host Goldberg proclaiming, “What else is she going to say!” and “Y’all know that’s not true!”

Of course, the obvious theme of these legal notes is that they’re mostly for the comments they make against conservatives and folks on the right. In May, co-host Joy Behar lashed out at New York Congresswoman Elise Stefanik and claimed her responsible for the “racist theories” of a mass shooter in Buffalo, New York (which is not in her district). But as Hostin was reading the note, the rest of the cast shouted their disapproval:

HOSTIN: A senior adviser for Representative Elise Stefanik said in a statement that despite sickening and false reporting, the Congresswoman has never advocated for any racist positions –

This is what’s suppose to protect them from legal liability?

One of their more embarrassing legal notes was back in March when they attacked Russian opera singer Anna Netrebko for supposedly refusing to denounce the Russian invasion of Ukraine. “So, Russian opera singer Anna Netrebko has made statements opposing the war and called on Russia to end it, without rebuking Putin, the posts were later deleted,” Hostin read from the note. “So she’s trying. She’s tippy-toeing around it. It’s not easy as you all know,” Goldberg added.

In another example of how unserious they are during these legal notes, they were forced to issue one about smears they made against Congressman Matt Gaetz (R-FL) for alleged sexual misconduct (a serious accusation of a serious crime, that has so far gone nowhere), Goldberg took to beatboxing while Hostin delivered it.

In fact, these legal notes have become such a joke to the cast that they openly mock how ABC’s Standards and Practices expects them to be read. During a scripted bit for their trip to the Bahamas, Hostin said she needed to go get a legal note as an excuse not to go down a water slide. And in a cold open for their 26th season showing what it’s supposedly like behind the scenes, they jokingly had a staffer frantically trying to get legal notes to Hostin.

There has also been a noticeable decline in how many legal notes they’re willing to issue in the first half of their 26th season, with just six since the season began on September 6. And it’s not that The View has cooled their attacks on the right, as NewsBusters has documented. So, with the show on a break, we’ll have to wait and see if their reluctance to walk back their cantankerous comments continues.

ADMISSION: Pfizer executive says company is purposely mutating covid through “directed evolution” to keep profit stream flowing; “covid is going to be a cash cow for us”
Inhumanity Was on Display in Memphis
Celebrations fast turn into injuries as Eagles fans come crashing down
World Health Organization Extends COVID-19 International Health Emergency. WHY?
Israel Reportedly Behind Drone Strikes in Iran