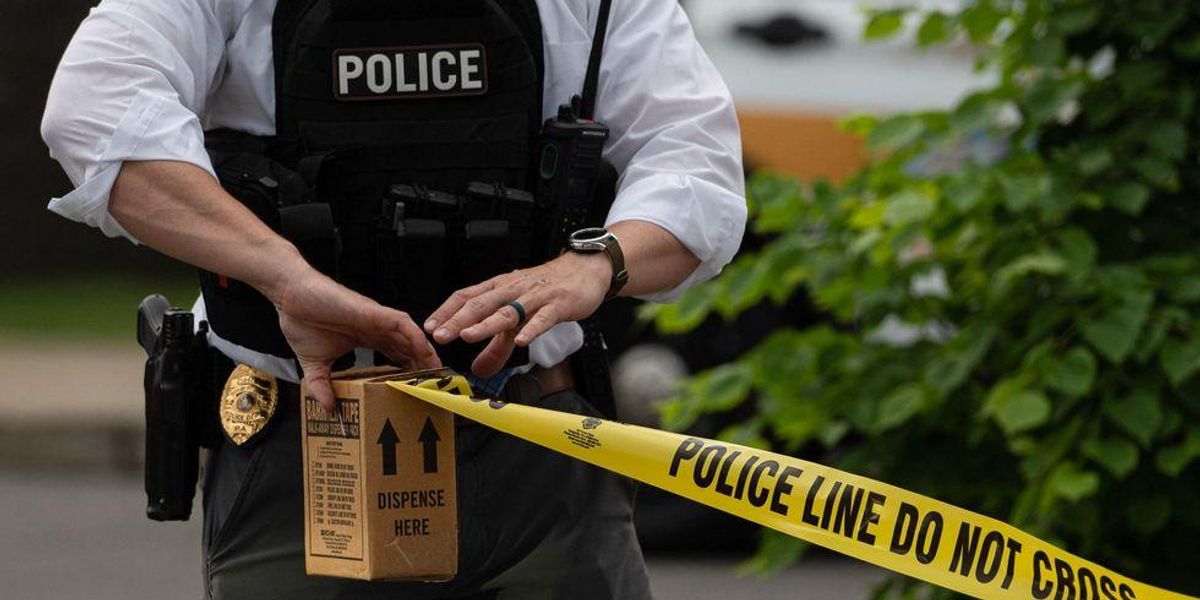 A 14-year-old girl pleaded guilty to the attempted murder of her friend’s stepfather after he told them they couldn’t go to the park.

The harrowing incident unfolded on February 27 in the city of Lewiston in Idaho.

Triston Arnzen and Chloe Marks were both 14 years old and in middle school when Arnzen’s stepfather, George Hamblin Jr., told them they couldn’t take a BB gun to a park.

Prosecutors said they obtained a pink gun that was kept on the family’s refrigerator, and Marks shot Hamblin in the neck and handed the gun to Arnzen. Triston then shot Hamblin in the leg, according to court documents, and chased down Macayla Hamblin, his 11-year-old stepsister, and shot her twice in the leg.

The two ran away but were subsequently arrested by police.

Lewiston police detectives testified that Marks told them she agreed to the shooting because “YOLO,” which is a slang acronym for “you only live once.” Court documents claimed that Arnzen allegedly said only that he regretted not killing his stepsister when asked if he regretted the shooting.

Marks’ defense attorney, Rick Cuddihy, said that mediation led to the plea deal in which the girl agreed to serve in juvenile detention until she reached the age of 21 years old. After that, a judge may release her or send her to adult prison.

“The benefit to my client is that her stay in juvenile detention might be her only stay in jail,” Cuddihy explained.

Arnzen pleaded not guilty to the charges. His stepfather and stepsister survived the life-threatening injuries but will live with serious medical consequences.

Here’s more about the harrowing incident: