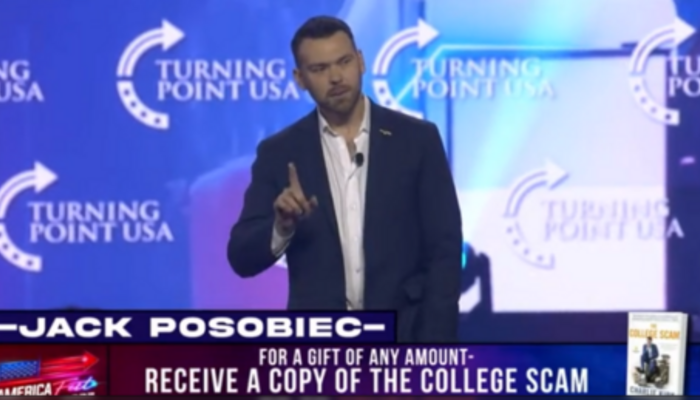 Many of the conservative celebrities who spoke at AmFest in Phoenix, Arizona, emphasized that censorship and wokeness in education and business are key issues in the fight to save America. From the Twitter Files to Facebook’s FBI collusion to challenging wokeness with new conservative start-ups, the speakers took on the critical crisis facing free speech.

Former Trump advisor Kash Patel, Revolver founder Darren Beattie, and Rep. Andy Biggs (R-AZ) made up a panel on Twitter censorship. Patel said the Twitter Files confirmed what he and Biggs had said long ago, “the FBI [is] in bed with Big Tech.”

Patel said that more needs to be released, however. “This partial release of documents is almost a version of censorship in itself,” he argued. Patel urged Elon Musk to release all the internal documentation related to Twitter’s dealings with the government to “rig a presidential election,” including FBI memorandums. Patel added of the tech-government collusion, “If that isn’t the biggest crime of the modern era, then I don’t know what is.”

Beattie agreed, “The issue of Big Tech censorship is not principally one of these various private companies taking it upon themselves to censor.” He added, “The larger story is that the pressure was coming from the government itself.” Andy Biggs said that the FBI even contracted with a private firm to surveil and geofence Americans, including content on their social media accounts, without probable cause. Biggs also called out Twitter’s weekly meetings with the FBI during the 2020 election.

Parler CEO George Farmer slammed wokeness in businesses, particularly tech companies. MRC Business has done ground-breaking work on exposing woke Environmental, Social, and Governance (ESG) standards in the business world. Farmer noted that wokeness has taken over even companies that are over a hundred years old, such as Pepsi, making it extremely difficult for new conservative start-ups to compete. 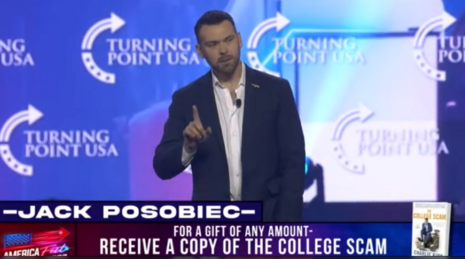 Human Events Daily host Jack Posobiec was particularly aggressive in his condemnations of Big Tech censorship. “We are going to take this satanic machine that you have built to try to control our reality and we are going to burn it to the ground,” he said. Both Posobiec and former Trump advisor Steve Bannon called out Big Tech’s “coup” against former President Donald Trump.