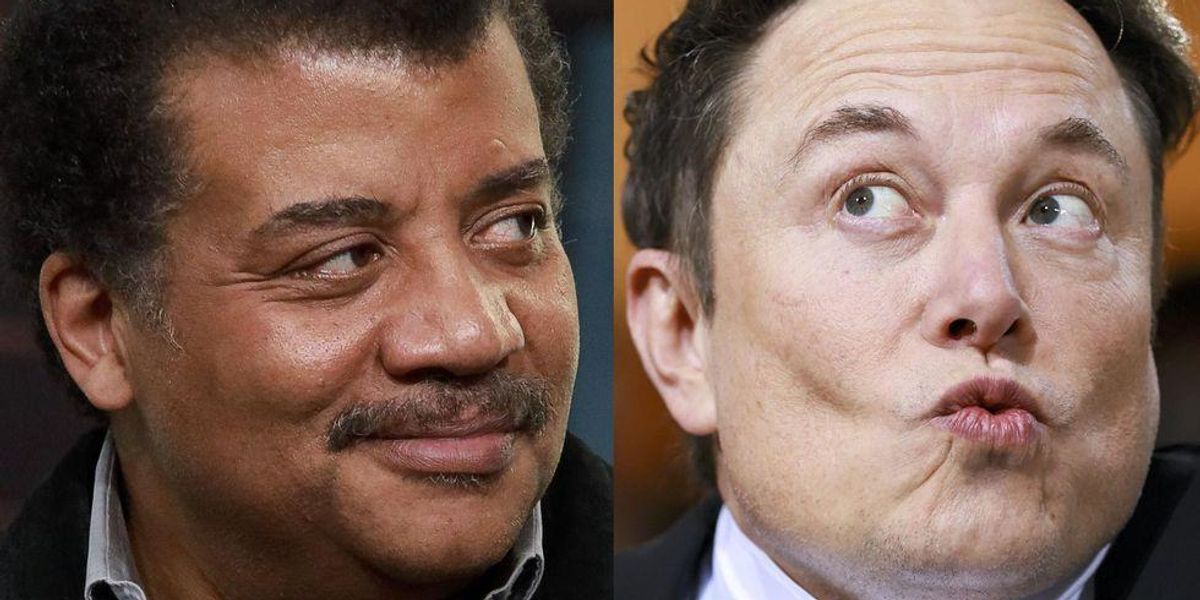 “While casting shade on @elonmusk for what he’s done, is doing, or will do, try to pause & remember that he made electric cars a normal thing in society and he commercialized space — for cargo, satellites, & people,” Tyson tweeted Tuesday.

u201cWhile casting shade on @elonmusk for what heu2019s done, is doing, or will do, try to pause & remember that he made electric cars a normal thing in society and he commercialized space u2014 for cargo, satellites, & people.nnCount him among those who are inventing civilizationu2019s future.u201d

“Count him among those who are inventing civilization’s future,” he added.

Tyson’s sentiment was very popular, with more than 183k people “liking” the message and nearly 23k people retweeting it.

But many on the left were less than enthused.

“I will always have issues with those who abuse their power and amplify racism, antisemitism, and misinformation. He is empowering the divide in our country and signed on to this platform without a clue on how to run it, as misinterpreting our country’s values,” read
one tweet from a user identifying himself as a liberal democrat.

“Unless you think the future should involve women, Black people, trans people or Jewish people. Then he’s ushering in an age of dehumanization, harassment at work and discrimination,” replied activist Brianna Wu.

“So we should just write off fascism, racism, election disinformation, & journalist suspension since he’s CEO of Tesla & SpaceX?”
responded another detractor.

“Hitler made the trains run on time. Mussolini built roads and bridges. Pablo Escobar provided amenities to the poor. Do you even hear yourself?” read another popular response to Tyson.

“He’s now made his intentions very clear. He’s a petulant d***, a threat to civilization & deserves no defense. You might pause & review those intentions,” said another critic.

While Musk was once praised for his efforts in manufacturing and popularizing the electric vehicle through his company Tesla, many on the left have turned on him after he acquired Twitter for $44 billion in order to increase free speech on the platform.

Musk said Tuesday that he would step down as CEO of Twitter if a majority of users voted for him to do so on a poll he posted on the platform. He later said he was looking for someone to take his place.

[embedded content]Elon Musk: I Will STEP DOWN From Twitter Once I Find Someone ‘FOOLISH ENOUGH’ To Be CEOwww.youtube.com