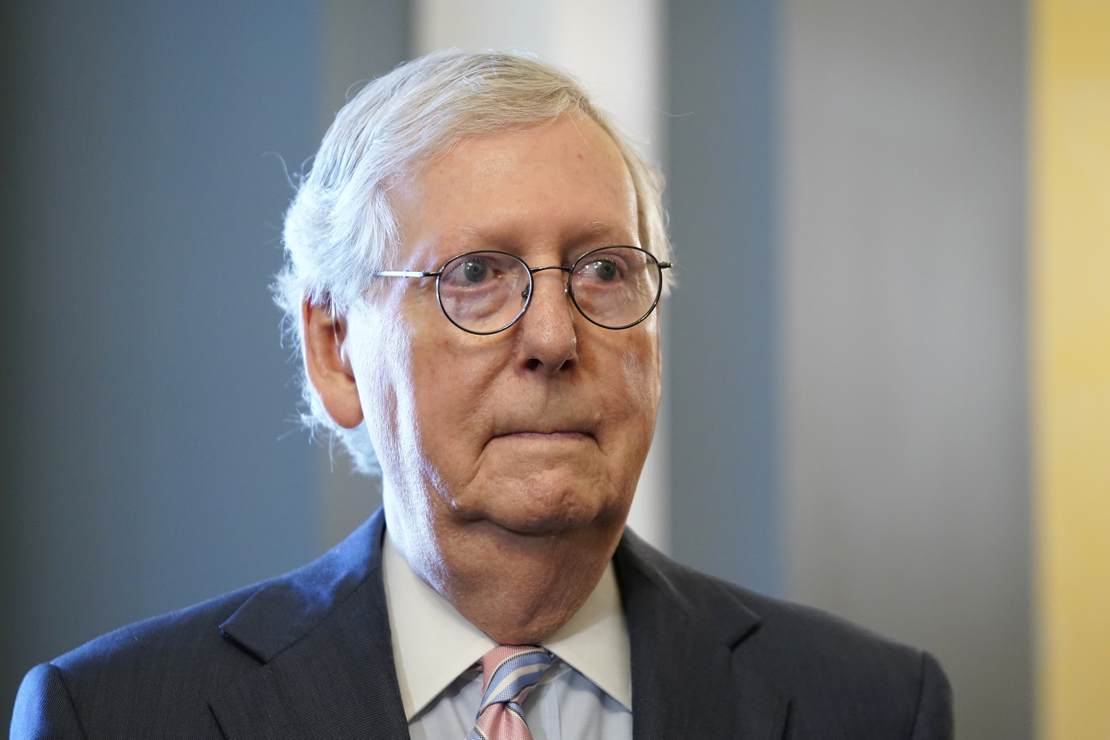 Conservatives nationwide have been furious with Sen. Mitt Romney (R-Utah) for being a RINO tool of the Democrats. Among other things, he voted with the Democrats in their partisan impeachments of Donald Trump. Many have been hoping that Romney will get a more conservative challenger in the Republican primary when he’s up for election in 2024, and others hope Romney will just retire. But McConnell is actually urging him to run for reelection and is willing to back him financially.

I’ve actually been a longtime defender of McConnell, but I’m just not sure that I can do it anymore.

When Donald Trump was blasting McConnell after leaving office, I thought it was the wrong thing to do—especially considering Trump has been eying a return to the Oval Office, and would be expected to work with McConnell again.

Now, I haven’t always agreed with McConnell, but he has generally been a good leader for the Republican Party.

I know many of our readers will probably object to this, but it’s true. Even when it was hard, he stood up to the Democrats. Do you remember how Amy Coney Barrett got confirmed before the 2020 election? Do you remember why Merrick Garland is not on the Supreme Court right now? Do you remember how Trump was able to appoint a record number of judges during his term? I believe in giving credit where credit is due, so I can’t deny McConnell’s role in helping the party.

But things have changed.

Recently, McConnell has been criticized for taking money away from important Senate races in order to help Republican Sen. Lisa Murkowski defeat her Republican challenger Kelly Tshibaka, while down in Arizona, Republican Senatorial candidate Blake Masters, who was outspent 5-to-1 by Sen. Mark Kelly, got no help at all from McConnell.

And now he’s willing to put resources into helping Romney defend himself from a primary challenger in order to convince him to run again. Utah is a deep red state, and Romney’s biggest obstacle in 2024 would come from within the Republican Party. Utah Attorney General Sean Reyes, who was Utah co-chair to re-elect President Donald J. Trump in 2020, is considered to be a potential candidate.

“He’s been a really important part of our conference. People respect his intelligence, his assessment of the era we find ourselves in. And I think his running for reelection would be very important,” McConnell said. “It’s important for the Republican Party and the country that he runs again.”

Say what? Look, I lived in Massachusetts when Romney was the governor. I voted for him. I liked him. He was a disappointing presidential candidate in 2012, but I still had high hopes for him when he became a U.S. senator. But he’s been a huge disappointment ever since. It’s time for him to move on.

At this point, Romney says he hasn’t made a decision yet about whether or not to run, he appears to be laying the groundwork for a reelection campaign. He says he’s “making sure [he has] the right people,“ fundraising and talking to voters, but he insists he “probably won’t [make a final decision] anytime in the immediate future.”

If he’s on the fence, McConnell shouldn’t be nudging him to stay in. It would be far better for the GOP if resources were not being spent protecting Romney in a primary.

Just stay out of it, Mitch.

AP Stylebook recommends against ‘dehumanizing ‘the’ labels,’ like ‘the French,’ then deletes post due to ‘inappropriate reference to French people’
Photo: Former Super Bowl champion slays massive mountain lion with bow and arrow after 200-pound beast slaughtered neighborhood dogs
The Kruiser Kabana Episode 207: Lauren Boebert and Marjorie Taylor Greene Are My Spirit Animals
Tech tycoon, 45, reportedly spends $2 million a year on his extreme anti-aging regimen. His goal? To achieve the body, inside and out, of an 18-year-old.
Horowitz: Ron DeSantis succeeds on education where other Republicans failed for decades