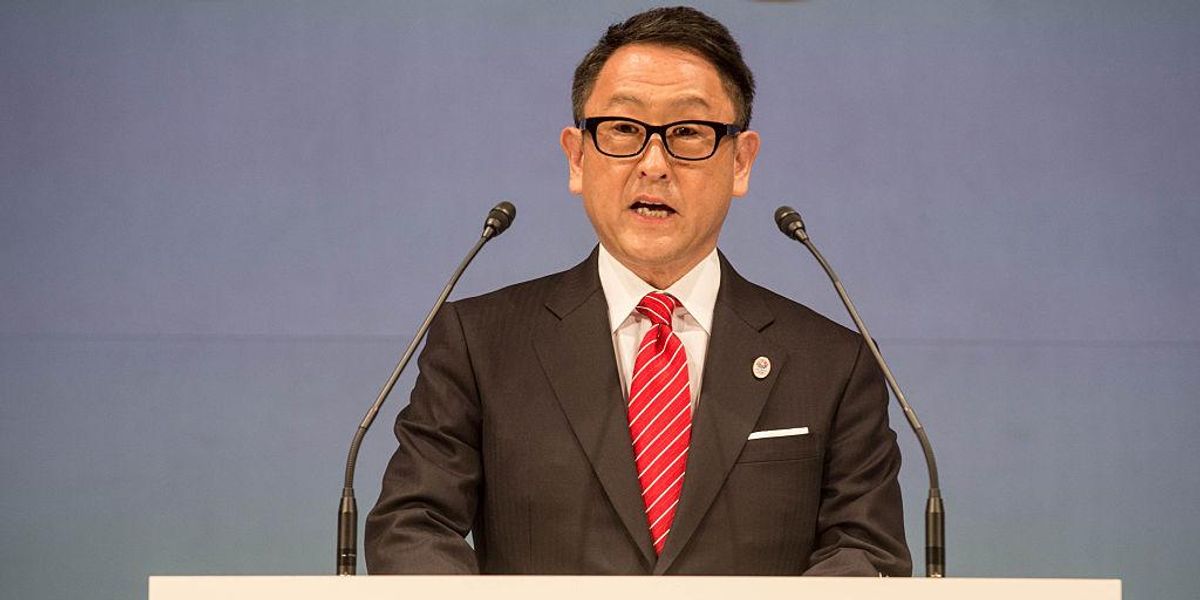 While electric vehicles may seem to be all the rage in the automotive space, Toyota Motor Corporation president Akio Toyoda is pumping the breaks on the idea of an all-in approach.

“People involved in the auto industry are largely a silent majority,” Toyoda told reporters during a trip to Thailand, according to the Wall Street Journal. “That silent majority is wondering whether EVs are really OK to have as a single option. But they think it’s the trend so they can’t speak out loudly.”

“Because the right answer is still unclear, we shouldn’t limit ourselves to just one option,” he said, according to the outlet — during the prior few years, he said, he has attempted to communicate this idea to stakeholders in the automotive space, including government figures, but he indicated that his effort had been tiring at points.

“Is there interest in electric vehicles? Yes. Is it more than 10% to 15% of our customer base? No way,” Ryan Gremore, a dealer based in Illinois who owns a number of brand franchises, said, according to the outlet.

According to the Journal, Toyoda said that other options like hydrogen-powered vehicles were starting to receive a better reception from government leaders, media figures, and people in the vehicle industry.

The left has been fanatically pushing electric vehicles as it peddles climate change alarmism.

But electric vehicles remain impractical in many cases — for instance, they require significant time to recharge, which could be an inconvenience when recharging in the middle of a long trip. They are also less affordable to purchase than traditional gas-powered vehicles.

‘Black people can harbor anti-Black sentiments’: CNN commentator argues former officers charged in Tyre Nichols’ death could have been influenced by racism
BuzzFeed, Internet Dumpster Fire, to Use AI For Article Content
New York Times Argues that Classified Documents Are No Big Deal Unless President Trump Is Involved
Vimeo bans “Dead Name” documentary that exposes horrors of transgender mutilation; calls truthful information “hateful conduct”
We Are Not ‘At the Brink of World War III’ — At Least Not Yet