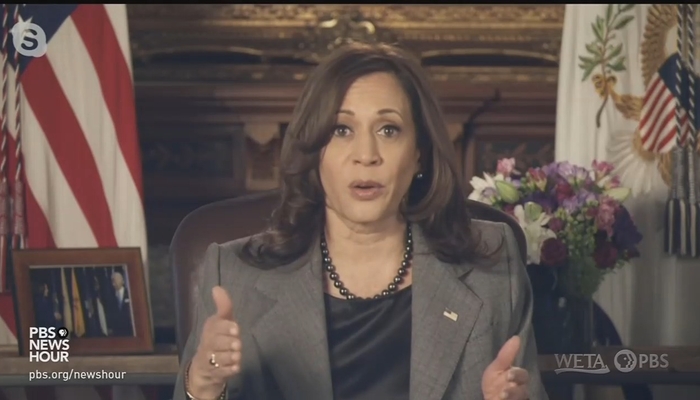 As part of the carousel of cotton-candy interviews with NPR and Vanity Fair, Kamala Harris complained to Washington Post columnist Jonathan Capehart about her press clips! The headline for his valentine was Kamala Harris had a most excellent year.”

Naturally, Capehart loved her passion on abortion and other radical culture-warrior stuff: 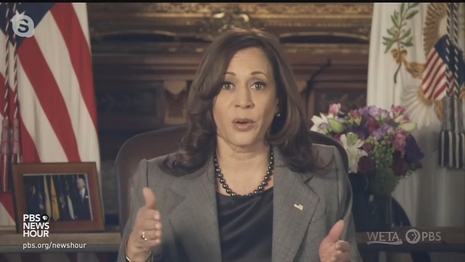 She was never more confident in her role as vice president — nor in herself — than during her barnstorming on privacy rights. I’ve known and covered Harris for a decade. Whenever she talks about these issues, passion wells up and her most authentic self comes through.

I said as much to her, and Harris pushed back. “I’m always myself, Jonathan,” Harris said with a laugh before raising a broader point.

“There are things that I’ve done as vice president that fully demonstrate the strength of my leadership as vice president that have not received the kind of coverage that I think Dobbs did receive,” Harris said. She specifically mentioned her Munich speech [on Ukraine in February]. “What you’ve been able to see,” she admonished, is “based on what gets covered.”

Not only did Capehart agree that the vice president wasn’t getting enough promotional “news” coverage, he suggested her press coverage has been “rough.” Fact-check, please?

Harris is right about that. Despite having a television and a print pool reporter at most of her public events, the vice president garners little attention. Sometimes the office is frustrating — as one of her predecessors famously put it, “not worth a bucket of warm,” um, spit.

And much of the attention she has received, especially in her first year, has been rough. Stories about staff departures were routinely hyped as disarray in narratives that unfairly called into question Harris’s competence.

Thankfully, Caitlin Doornbos at the New York Post rebutted this by citing us:

That claim runs counter to a report earlier this year by NewsBusters, a conservative media watchdog group, which found that ABC, CBS and NBC under-covered the departures of 12 “major” Harris staffers between June 2021 and April 2022.

“As they exited, the number of times their names have been mentioned on the networks? ZERO,” the group wrote in its report earlier this year.

The same neglect occurred on December 2, when her last communications director Jamal Simmons lunged out the revolving door. But Simmons was nice enough to tweet out Capehart’s valentine:

Our team got a few things done and #MVP was the MVP. >> #KamalaHarris had a most excellent year https://t.co/xz5kPJ7dCZ pic.twitter.com/giQP9Y1j3H

Capehart closed out this article by touting how Kamala “ably fulfilled” her duties:

She was an instrumental partner in helping to shepherd the first Black woman onto the Supreme Court. Also, Harris cast one of her record 26 tiebreaking votes to confirm the first Black woman to the Federal Reserve. With Democrats and their independent caucus-mates holding 51 Senate seats in the next Congress, Harris will no longer be needed for tiebreaking duty. Before I could even finish my question on this topic, Harris blurted out, “Praise be to God!”