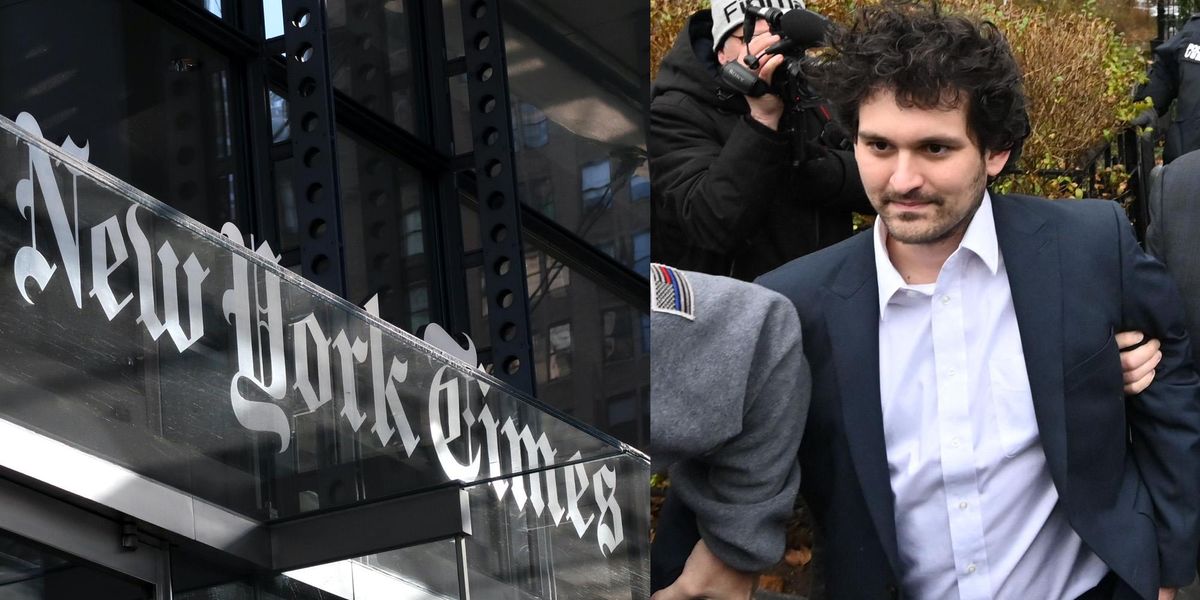 The New York Times received universal scorn from critics after the outlet published a sympathetic article about Sam Bankman-Fried, the founder of the collapsed cryptocurrency exchange FTX.

The article by Rob Copeland documented how some residents of the Bahamas were sympathetic to the plight of the crypto-entrepreneur because he tips well and brought many wealthy crypto investors to their island nation.

u201cIn the U.S., Sam Bankman-Fried is persona non grata. But in interviews across the Bahamas, residents say that his crimes were hardly comparable to the gang violence of the island, and expressed fears of economic fallout if crypto investors don’t return. https://t.co/aUeAnImTbTu201d

The story was immediately excoriated by critics on social media who expressed bewilderment at the framing of what might be the biggest financial scandal in U.S. history.

“What the f*** IS this s***? Pretty hard to argue at this point that @nytimes is trying to normalize financial crime,” responded crypto columnist David Morris.

“What even is this take??? The guy who stole billions as part of a ponzi scheme wasn’t that bad because are other crimes in the Bahamas and some people associated with FTX tipped delivery drivers well?” said another critic.

“If you ever want to show someone how American journalism’s concern about crime is itself an ideology you might compare this article to say, how the New York Times covers destitute people stealing from Walgreens,” responded criminal defense attorney David Menschel.

Bankman-Fried was arrested and extradited to the United States for numerous allegations of fraud crimes involving the implosion of the FTX cryptocurrency exchange. His girlfriend Caroline Ellison pled guilty to related charges and is cooperating with the government over her role in running Alameda Research, the privately controlled hedge fund at the center of the financial scandal.

Bankman-Fried was once estimated to be worth $16 billion. He was released on $250 million bail while awaiting trial.

Here’s more about the collapse of FTX: