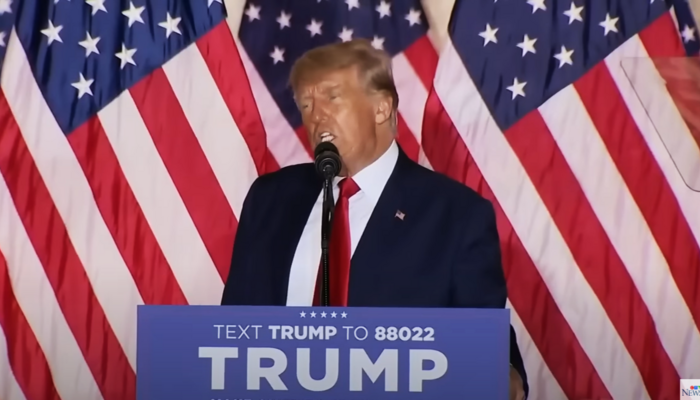 The lead story in the Christmas Day New York Times celebrated the disappointing Republican performance in Election 2022, under the guise of “protecting democracy”: “Slice of Voters Averted Threats To Fair Elections.”

The online headline was just as dramatic: “How the Worst Fears for Democracy Were Averted in 2022.”

Reporters Charles Homans, Jazmine Ulloa, and Blake Hounshell devoted over 2,500 words to an exercise in Democratic partisanship cloaked in a feel-good story about saving democracy — by voting for single-party rule.

Not long ago, Joe Mohler would have seemed an unlikely person to help bury the political legacy of Donald J. Trump. 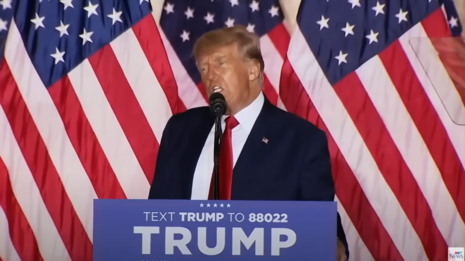 Mr. Mohler, a 24-year-old Republican committeeman and law student in Lancaster Township, Pa., voted for Mr. Trump in 2016. He voted for him again in 2020 — but this time with some misgivings. And when Mr. Trump began spouting lies and conspiracy theories about his 2020 loss, Mr. Mohler, who grew up in a solidly conservative area of southeastern Pennsylvania, was troubled to hear many people he knew repeat them.

Last January, after county Republican leaders aligned with a group known for spreading misinformation about the 2020 election and Covid-19 vaccines, Mr. Mohler spoke out against them – a move that he said cost him his post as chairman of the township G.O.P. committee.

Mr. Mohler was part of a precariously narrow but consequential slice of the electorate that went against its own voting history this year in order to reject Republican candidates who sought control over elections, at least in part out of concern for the health of the political system and the future of democracy.

The Times has been all about protecting democracy since the Trump camp told a series of whoppers about rigged voting machines. But there’s more than one way to tilt an election.

Partisan distribution of funds to assist government vote-counts in 2020, especially by Facebook chief Mark Zuckerberg (i.e.,“Zuckerbucks”), the mass left-wing protests after Trump’s 2016 win, including demands for recounts in three pivotal states, the phony Russian “dossier,” and the censoring of the Hunter Biden laptop scandal also corroded the health of democracy. But those are things the paper either ignored or publicized.

The Times let a liberal polling firm make its case for them.

…in a postelection survey conducted by Impact Research, a Democratic polling firm, 69 percent of independents and Republicans who voted for a Democrat for the House said that democracy was critical to their decision. The poll was shared exclusively with The New York Times.

The only concern shown by the Times: Is the anti-GOP push going far enough?

Even so, a review of the election outcomes in several states, along with interviews with voters, political strategists, pollsters and political scientists, suggests that what happened in November was something less than a clear repudiation of an anti-democratic push in the Republican Party.

While election deniers suffered losses across the board, in states like Nevada and Arizona they still won nearly half the vote….

After years of lectures from the Times about the evils of money in politics, to the point of trying to sic the IRS on GOP-affiliated groups, massive campaign spending is suddenly a good thing, if it benefits the correct people.

In most statewide races, Democrats enjoyed conventional advantages over election-denier Republicans, fielding much better-funded campaigns with more unified support from their party….

One subhead provided the story’s flavor: “A Distaste for the Cult of Trump.”

Woke school district promotes upcoming BLM flag-hoisting event
Martha Stewart sharpens sword in bizarre Pfizer booster commercial: ‘You know that unwelcome guest everyone wishes would just leave already?’
Tesla car battery ‘spontaneously’ bursts into flames on California highway, firefighters need 6,000 gallons to put it out
Homeless man molested 12-year-old at Georgia park after giving her liquid that made her dizzy, police said
AOC Is Right About Something… And It Should Terrify You