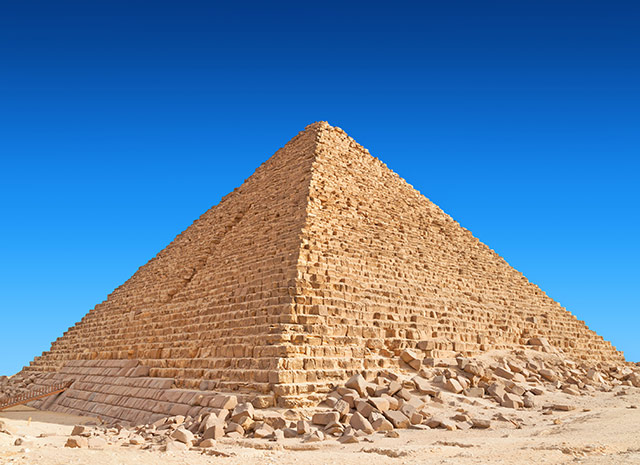 (Natural News)
The political left is really upset about a popular show on Netflix that suggests humanity in its current form may not be all that advanced after all.

Civilizations of the past, claims Ancient Apocalypse, which has been dubbed “the most dangerous show on Netflix,” may have been far more advanced than civilization as it currently exists now.

What the left has dubbed as “progress” is actually a form of regression, the show’s content reveals, which is why many leftists are scoffing at the show for being “anti-intellectual” while promoting “dangerous conspiracy thinking.”

There are even claims that journalist Graham Hancock, the show’s presenter, is a “racist” – this is what the far-left Southern Poverty Law Center (SPLC) called him – simply because he presents another version of history that defies the current narrative.

“… Hancock’s claims aren’t ‘dangerous’ or ‘racist.’ They are countercultural,” writes Kenneth Schrupp for The American Conservative.

“These vile smears are the thrashings of a runaway monoculture that suppresses the discussion of any ideas that challenge prevailing narratives, especially from sources outside of mainstream, credentialed, left-of-center media and academia.” (Related: In 2020, Netflix was indicted for streaming and promoting a pedophilia film called “Cuties”.)

In short, Ancient Apocalypse makes a case for the existence of ancient advanced civilizations that rose and fell, much like how our current civilization is showing imminent signs of imploding.

Contrary to the leftist claim that mankind is “evolving” all the time to become better and better, Ancient Apocalypse suggests that there have always been times of what appeared to be progress followed by regress.

History is full of boom-and-bust cycles, in other words, not the linear growth pattern pushed by “progressives.” Past civilizations were likely far smarter and more advanced than the current age, which is marked by gender confusion, population reduction, and widespread suffering at the hands of tyrants.

At its core, Ancient Apocalypse simply aims to explore the past through a different lens than the one the globalists have put forth as the truth. And for that, the show is widely denigrated by the current establishment.

“The show’s success demonstrates that humans across the world are curious about mankind’s past and excited about what truth we might uncover,” Schrupp says.

“You would think honest academics who have long called for the ‘democratization of science’ would use this moment to foster sustained public interest in archaeology, rather than slandering competing ideas as ‘racist.’”

The biggest issue the left seems to have with Ancient Apocalypse is the idea that we are not, contrary to their fervent wishes, evolving towards perfection. If anything, humanity is in a devolution cycle right now that will lead to societal ruin.

It turns out that civilization has always been subject to things outside of our control, i.e., asteroids that destroy the societies that were built; famines that destroyed the food supply; solar flares that destroy our best technologies.

“In this existential schema, we are just the lucky ones, who have had enough time without astronomical apocalypse to develop industrial civilization and be spared from the frequent solar flares that would render our electricity-dependent civilization inoperable,” Schrupp says.

“And if civilization is so precarious, then the measures we are taking to actively destabilize our own civilization in the name of this progress myth – from self-imposed food and energy shortages to intersectionality-driven race and gender politics – should be publicly challenged and put to an end. Thanks to progressive policies, our civilization faces an apocalypse right now.”

If this story piqued your interest, you will find more like it at Artifacts.news.