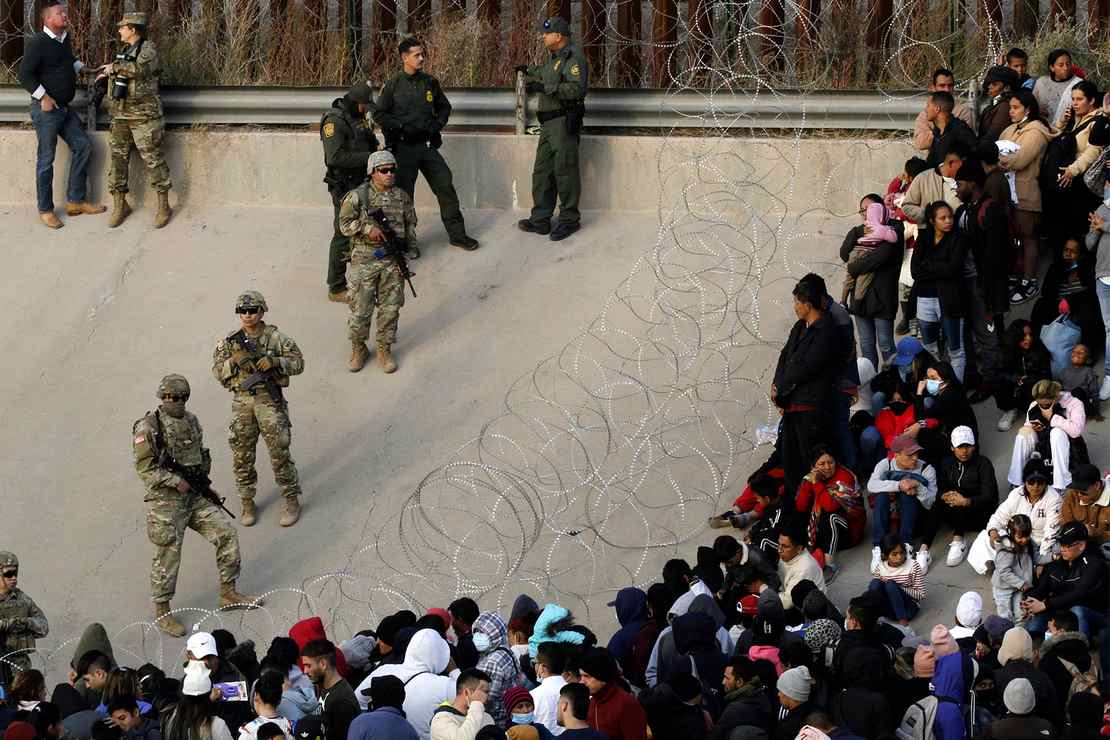 Joe Biden came into office calling Donald Trump’s border policies “cruel” and “inhumane.” He set about creating a policy that relied on doing exactly the opposite of everything Donald Trump had done in trying to secure the border. The result was predictable. By the time the illegal immigration issue had begun to cost him politically, the border had become a catastrophic mess.

He tried to reimpose some Trump-era policies when it became clear that the chaos at the border was getting out of control, but that effort has been in legal limbo. And now that Title 42 is going to be maintained indefinitely, Joe Biden has some breathing room to create policies and procedures to deal with what even optimistic observers have concluded will be the biggest surge of immigrants at the border in U.S. history.

Title 42 is going to be lifted eventually. That the Biden administration is nowhere near ready for the crisis — as neither are the border towns that the administration is going to release those caught at the border into — is criminal incompetence. In the case of border towns like El Paso, Texas, it’s a question of a lack of resources. They can’t ask DHS for much help until they know how many asylum seekers are going to show up. So they get what they can and hope for the best.

But Mr. Biden’s border difficulty isn’t that he can’t get his agenda through. His problem is he has no agenda. The administration’s argument to the Supreme Court was that it wants Title 42 gone—just not yet. The whole thing is a fraud, driven home to the American people every time they hear White House press secretary Karine Jean-Pierre cheerily assert that the border isn’t open when everyone in the world, especially the thousands crossing each day, can see that it is.

So sometime this summer, the Supreme Court will rule that the public health emergency Biden is using to maintain Title 42 restrictions isn’t enough of a fig-leaf legal justification, and SCOTUS will throw the doors wide open.

What then? Biden invited them here by trashing Trump’s restrictive immigration policy and welcoming people coming to America. Biden’s immigration proposals in 2020 belie the notion that he didn’t encourage illegal immigration.

“As president, Biden will finish the work of building a fair and humane immigration system–restoring the progress Trump has cruelly undone and taking it further.” There’s that word again. Is it really “cruel” to enforce the law and give those responsible for protecting our border the tools needed to do their job?

Biden’s moral posturing on the border has cost America dearly. Instead of developing policies to keep control of the border and Americans safe, Biden and DHS Secretary Alejandro Mayorkas have spent a lot of energy criticizing their predecessors and loosening border restrictions, which resulted in an astonishing 2.1 million people trying to cross the border illegally.

But that’s just the tip of the iceberg. DHS has predicted 18,000 “encounters” with illegal aliens at the border every day once Title 42 is lifted. That works out to be about six million illegal aliens a year trying to cross the border or asking for asylum. And with no border policy from the Biden administration to fall back on, the potential for a humanitarian catastrophe is real and more than likely.

So much for treating illegal aliens “humanely.”

EAT MORE BUGS EXCLUSIVE: Natural News releases high-magnification cricket snacks, cricket flour and whole cricket microscopy photos from the lab
Will There Be Drama at Tonight’s State of the Union?
AOC Is Right About Something… And It Should Terrify You
‘Sit this one out’: Father of teen killed in Parkland shooting responds when Newsom criticizes Florida permitless carry proposal
Iran Threatens to Turn New York City into “Hellish Ruins” – Have They Seen NY Lately?