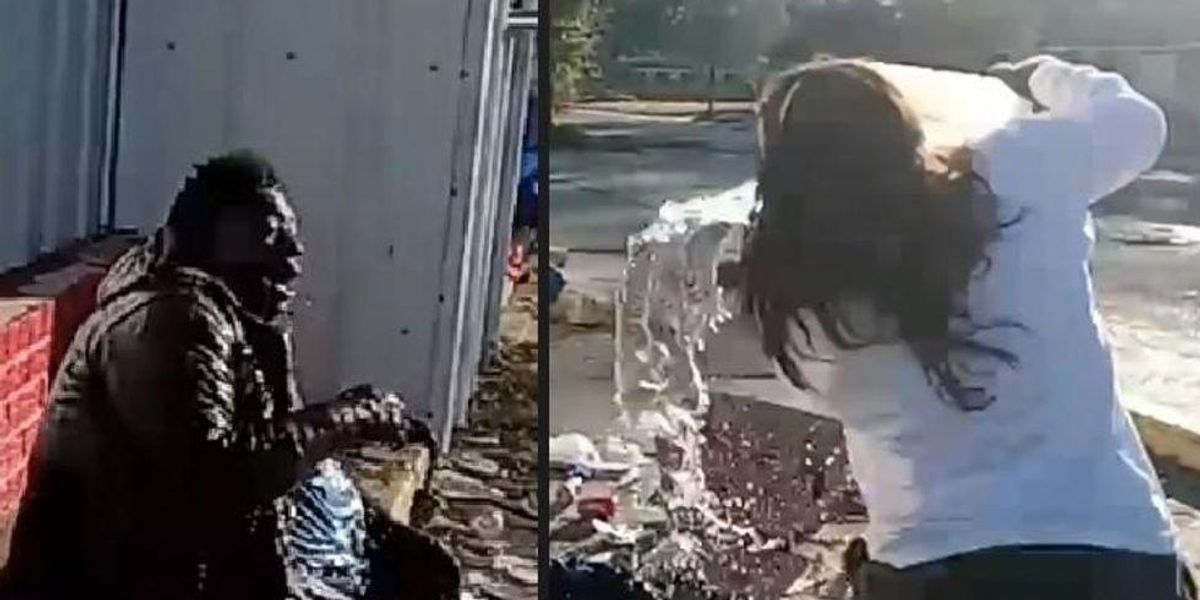 An employee in Baton Rouge is now out of a job and facing a misdemeanor summons after her boss claimed that she was the person who poured water on a homeless person in a social media video that has since gone viral.

The video, taken on December 26, shows a woman believed to be Kasey Young marching out of the Triple S Food Mart where she then worked. In her hand was a bucket full of water. She then walked over to an unnamed homeless woman, who was sitting on a curb in front of the store, and dumped the bucket of water over the woman’s head.

“Y’all got my whole f****ing floor looking like a …” she says as she reenters the store, her voice trailing off.

The voice of an unidentified male, ostensibly the person filming the incident, can likewise be heard, and several homeless people can be seen milling about the parking lot, which is covered with trash. The weather that day was a bitter 26 degrees Fahrenheit.

The victim seen in the video has received “additional services,” according to a statement from Baton Rouge Mayor Sharon Weston Broome. The statement did not specify the types of services she received, but they likely included medical treatment and perhaps temporary housing.

A Facebook account named Beautiful young posted the video the day the incident occurred. The hashtag “dontlisten” is listed as the message. Conflicting reports have listed Young’s age as either 33 or 44. If Beautiful young is, indeed, Kasey Young, her age is likely closer to 33. Young has reportedly been issued a misdemeanor summons for simple battery.

Another store employee has since come to Young’s defense, claiming that Young often volunteers with the homeless. She just lost her temper on that particular day, the employee insisted.

However, the owner of the store, Abdullah Muflahi, immediately fired Young, despite the rampant homelessness problem that has plagued the store for some time.

“When I got the news, I didn’t speak to the employee too much,” Muflahi said. “All I told her was to leave the property because we do not handle situations like that.”

When given the choice, she should have done “anything but what she did,” he added.

This is the second time in recent years Muflahi’s store has made national news. In 2016, police shot and killed Alton Sterling in the parking lot of the Triple S Food Mart. Muflahi filmed the fatal shooting and afterwards filed a lawsuit against the City of Baton Rouge, the chief of police, and others, alleging police misconduct. The status of that lawsuit remains unclear.