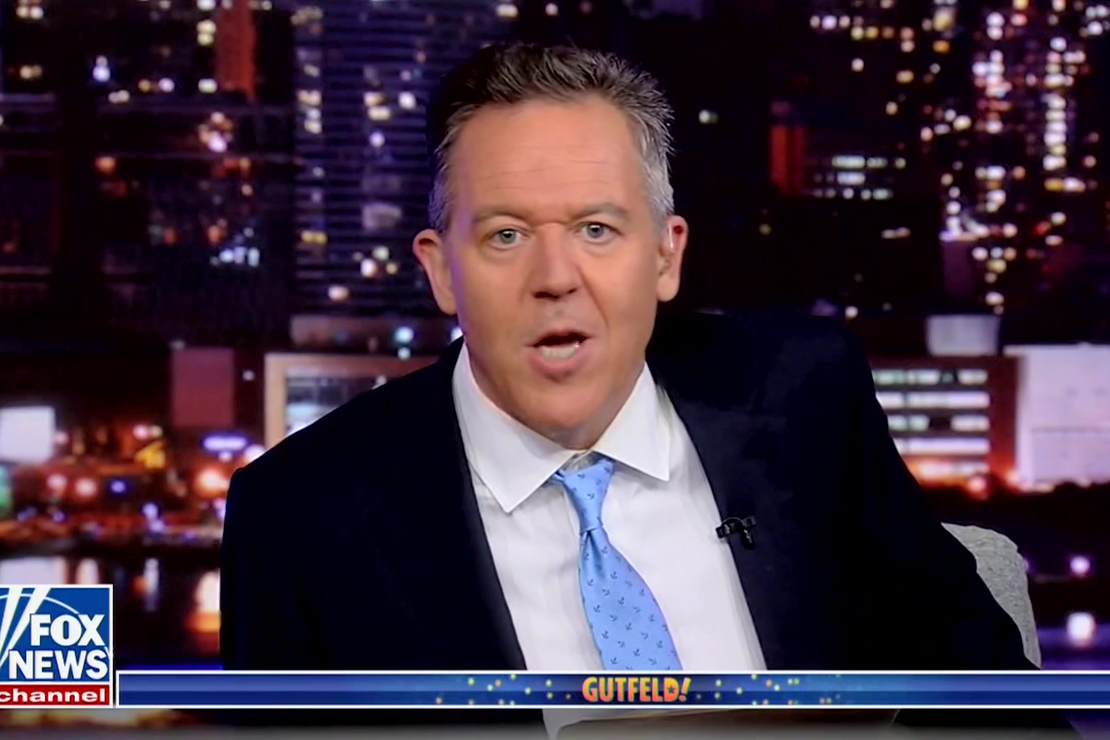 “The biggest comedy show on late-night right now is not on ABC or NBC or CBS or Fox,” writes Constance Grady at Vox. “It’s not on Comedy Central. It’s certainly not streaming. It’s on Fox News, and its name is Gutfeld!”

It would be accurate to say the rise of Gutfeld! was meteoric. The show launched in April 2021, and it quickly became the most popular cable channel in its time slot. Since August, it has consistently pulled in two million viewers every night, crushing the competition. Late-night mainstays like Stephen Colbert and Jimmy Kimmel could only dream of having the viewership of Gutfeld!

And Grady can’t seem to understand why the show is popular. “Its audience has held steady, even as a string of critics have greeted the show with the puzzled verdict that it’s really not very funny at all.”

Excuse me, but I think the critics have a credibility problem.

Grady sees Gutfield! as a conservative version of Jon Stewart’s The Daily Show—and perhaps there’s some truth to that. “Every night, Gutfeld opens the show with a steady monologue of jokes over a video montage mocking the hypocrisies and foibles of Democratic politicians or the mainstream media or both,” Grady observes. “Then he brings the conversation to a panel of recurring right-wing personalities, and together they crack wise as they discuss topical issues.”

Of course, that’s where Grady takes the most issue. The conservative panel typically concludes the exact opposite of what every left-wing late-night show would.

From where I sit, it was inevitable for conservative comedy to eclipse left-wing comedy. Why? Because the left isn’t funny anymore. They’ve become so beholden to the outrage mob that they’ve essentially castrated their comedic cajones. When was the last time Saturday Night Live! was legitimately funny? How many times have you watched a movie that is ten, twenty, or more than thirty years old and thought, “They couldn’t make that joke anymore?”

Even Jon Stewart can’t recapture the magic he once had. His Apple TV+ show The Problem with Jon Stewart lost 80% of its viewers after the first episode.

The problem with Jon Stewart, Stephen Colbert, Jimmy Kimmel, etc., is not even that they’re liberal; it’s that their political jokes are hostile and meanspirited, serving a political agenda and not the comedy itself. Jimmy Kimmel once said he didn’t care if Republicans don’t watch his show, even if that means losing a large chunk of his audience.

When liberal late-night talk show hosts no longer care about alienating their viewers with bad comedy and attacks on their politics, they will seek out alternatives.

So it shouldn’t be shocking that Republican viewers have flocked to Gutfeld! Comedy doesn’t belong to the left. Frankly, their constantly taking offense to jokes means they’ve forfeited comedy to the right.