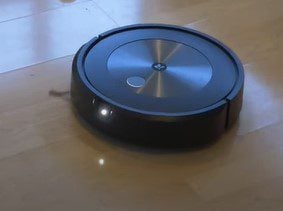 A new finding from MIT Technology Review may make you second guess getting dressed in front of your Roomba vacuum.

Investigative journalist Eileen Guo revealed images of a woman sitting on a toilet found their way on Facebook after being captured from a Roomba J7.

iRobot the company that produces the robotic vacuum in a statement revealed the Roomba J7 vacuums were  “special development robots with hardware and software modifications that are not and never were present on iRobot consumer products for purchase,”

The tech company would continue and say the J7 Roombas were  only given to “paid collectors and employees who signed written agreements acknowledging that they were sending data streams, including video, back to the company for training purposes.”

I spent months unraveling where these video stills came from, how they got online, and what their existence + sharing says about the state of privacy today.

2 of the creepiest images below (TR added the grey boxes to hide their faces.) Full story here: https://t.co/BbkCFzkJ79 pic.twitter.com/AtKwNKT6Sf

So, how did the images taken by the J7 Roomba vacumn make its way on the web?

The images taken by the Roomba were sent to Scale AI, a tech startup that hires workers around the globe to help train AI.

Per the Entreprenuer, the AI Scale contract workers based in Venezeula posted the picture of the woman on the toilet in a private group on Facebook and Discord.

iRobot has since terminated its contract with the contractors who were responsible for “leaking” the images.