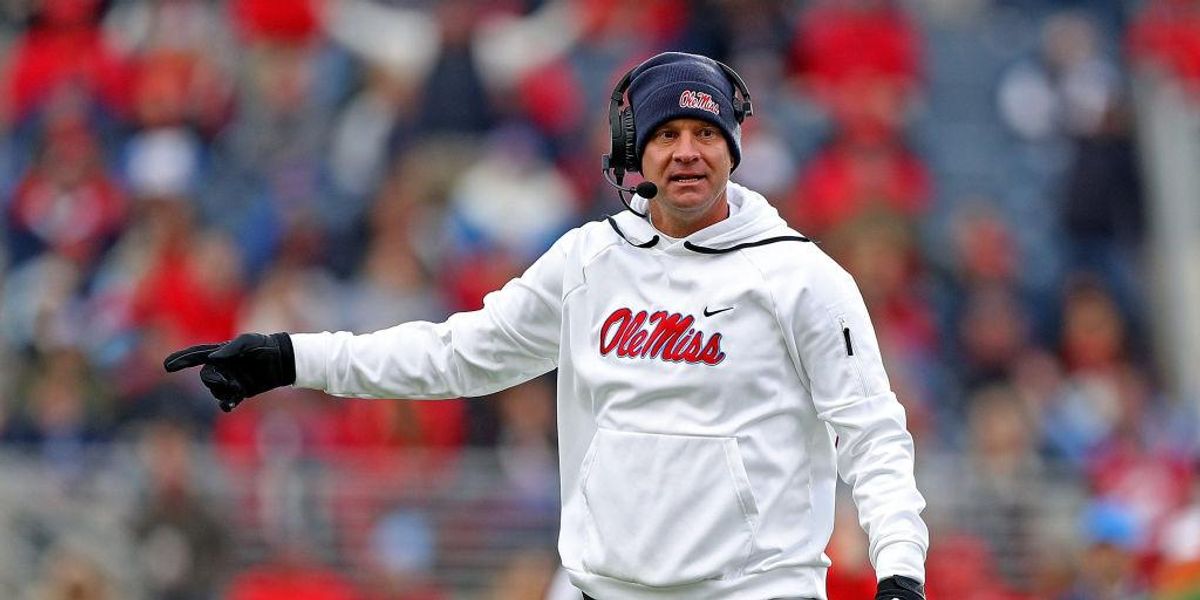 Ole Miss Rebels head football coach Lane Kiffin has publicly accused a Texas Tech player of spitting on, and perhaps hurling a racial slur at, one of his players during the 2022 Texas Bowl on Wednesday.

The Texas Bowl, which the Texas Tech Red Raiders won 42-25, was never really much of a game, thanks in part to some questionable decisions from Kiffin. The Red Raiders scored a touchdown early in the fourth quarter to bring the score to 32-13. On their next possession, the Rebels fumbled the ball deep in TTU territory, which Isaac Smith of TTU recovered cleanly. However, some extracurricular shoving ensued after the fumble, causing Ole Miss receiver Jordan Watkins to be assessed a personal foul penalty.

“They announce our 11, which is Jordan Watkins, who wasn’t in the fight. It was their 11 that was fighting 71,” Kiffin claimed after the game.

Kiffin alleged that Moore was “spitting” on Williams and may also have uttered some kind of racial slur, according to Kiffin.

Though Kiffin initially stated, without equivocation, that “there was a racial slur involved,” he seemed to walk that statement back a few moments later, claiming instead that he didn’t want to speculate about the exact nature of the slur since he “did not hear it” himself and therefore could not “say that that happened for sure that he gave a racial slur to our player.”

“Something was said,” Kiffin insisted.

Moore and Williams are both black.

Though the lost possession and the 15-yard penalty probably stung, they ultimately did not cost the Rebels the game, which already seemed to be out of reach. And while Kiffin has drawn a lot of attention to some possible misbehavior from the TTU side, many on social media have drawn attention to Kiffin’s own game-time blunders, including a disastrous fake punt from his own 29-yard line that led to a Red Raiders field goal.

PFF College noted that the Texas Bowl loss means that Kiffin and Ole Miss lost five of their last six games, despite a “promising” 7-0 start to the season.

Kiffin signed a long-term extension with Ole Miss back in November. His new contract will keep him in Oxford, Mississippi, for another eight seasons or so and pay him a total of more than $70 million, according to reports.

Meanwhile, TTU head coach Joey McGuire led the Red Raiders to an 8-5 record and a bowl victory in just his first year, good enough for the team’s best season in nearly a decade. McGuire did not address any of the accusations against his players, though Kiffin related a conversation he said he had with McGuire.

“I talked to their head coach afterwards,” Kiffin said. “He was like, ‘Crazy officiating out there.’ I go, ‘Yeah, that was really bad on that one that your guy spit, and our guy got the penalty.’ He was like, ‘Yeah, I know.'”

“If you actually watch over there, one of them’s kind of laughing because he got off,” Kiffin added.

NYT, DHS Celebrate Deceptive ‘Decline’ in Illegal Aliens as Biden Admin Legitimizes Border Crossers
Trump Says DeSantis Running in 2024 Would Be ‘A Great Act of Disloyalty’
British police hiring illiterate officers, some with criminal backgrounds, in hopes of meeting diversity quotas: Report
After Four Mass Shootings in California, Newsom Moves to Limit Citizens’ Ability to Protect Themselves
CRIMINAL: JJ tried to create a new subsidiary to take all the liability from talc powder damage lawsuits, then declare bankruptcy to dismiss BILLIONS of dollars in trial awards