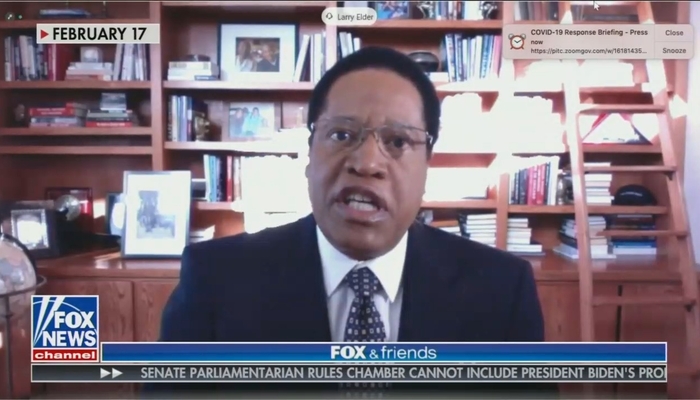 Stanford University put out a new list of words it considers to be “harmful language.” The 13-page “Elimination of Harmful Language Initiative” includes words like “immigrant,” which should be replaced by “person who has immigrated.” It advises against saying “walk-in hours” in favor of “open hours” to avoid discriminating against and hurting the feeling of those with disabilities. Stanford urges that we drop the phrase “beating a dead horse” because it normalizes violence against animals.

Under a section called “Imprecise Language,” the guide suggests replacing the term “American” with “U.S. citizen.” It explains: “(‘American’) often refers to people from the United States only, thereby insinuating that the US is the most important country in the Americas.” After all, North and South America contain 42 countries. And they have feelings, too.

Goodness, one of my favorite groups growing up was “Jay and the Americans.” One can never listen to “Cara Mia” the same way again. What about calling someone “un-American”? Is that elitist, too? Can we still refer to a style as “Americana”?

But there is good news. This means we can drop that stupid, nonsensical, bizarre term “African American.” When a black person from the U.S. visits Africa, Africans do not refer to him or her as “African American.” I asked a reporter with The Los Angeles Times why in one paragraph the newspaper used the term “African-American” to describe a black man, and then in the same paragraph, near the end, described him as “black.” “What?” I said. “You don’t want your readers to get bored, so you switch it up?” I asked him where he was born. He said, “California.” I said, “Where are your parents from?” He said, “California.” To which I said, “Where are your parents’ parents from?” He said, “Russia.”

I asked, “Why aren’t you a ‘Russian-American’? I assure you that my ancestors have been in this country longer than yours. Yet, I have a hyphen when you describe me, but you don’t when I describe you?”

OK, Stanford, here are some suggestions for your next edition. Instead of “smash-and-grab robbery,” let’s use the word “reparations.” Instead of the term “Left-wing bigotry,” like the Hispanic Los Angeles City Council members and the Hispanic Los Angeles County union leader, the ones caught on tape making racist and disparaging remarks about blacks, a Jew, whites and Mexicans. Let’s just call this “Russian disinformation” to get them off the hook. A store thief is an “undocumented shopper.” Under your section of imprecise language, advise against saying “black, American conservative,” and instead use the term “Uncle Tom.” (Be honest — we know that’s what you think.) Southern border crossers are “uninvited guests.” Jew hatred is “thoughtful disagreement.” A serial killer is a “rogue mortician.”

But there is good news. After Stanford put out its language guide, the university immediately became the object of attack and ridicule. It now says the language guide is under review. The school recently issued the following statement: “We have particularly heard concerns about the guide’s treatment of the term ‘American.’ We understand and appreciate those concerns. To be very clear, not only is the use of the term ‘American’ not banned at Stanford, it is absolutely welcomed” (quote emphasized in the original).

Instead of using the word “outrageous,” let’s call it “elevated pricing.”

MSNBC host says being in US Capitol after Jan. 6 ‘feels like a visit to an historic battlefield’
Woman accused of trying to kill doppelganger friend with poisoned cheesecake so she could steal her identity and return to Russia where she is wanted for murder of another woman
Diversity Day: Journos Lobby for Minority Chief of Staff, Cops Having ‘Comfort’ With Violence
Trump Rips Paul Ryan – “Major Loser Who Is Now Setting Out To Destroy Fox News”
Speaker McCarthy Schools CBS’s Brennan Over Dem Election Denial Hypocrisy