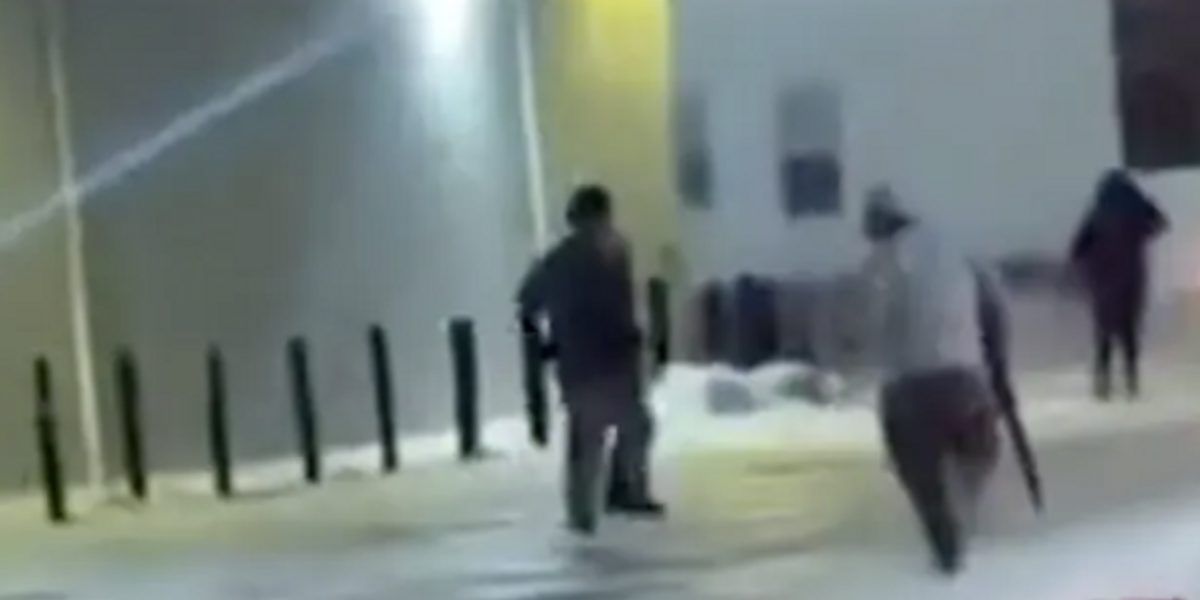 Looters have taken advantage of the deadly blizzard in Buffalo. However, one gun owner took up arms to prevent the theft of a local business.

There have been numerous looting crimes in Buffalo during a lethal blizzard that is connected with 39 deaths.

The blizzard was brought on by a bomb cyclone and is said to be the deadliest lake effect snowstorm on record. Almost 600 National Guard members were dispatched to conduct wellness checks during the monster snowstorm that prompted a driving ban that lasted nearly a week.

Looting has been so prevalent during the blizzard that local authorities enacted an anti-looting detail to combat crime.

As of Wednesday, there were 10 people who were arrested for looting crimes in Buffalo, New York.

One Buffalo man was seen on video attempting to quash the looting with a gun.

A looter attempted to break into a store in the Pine Hill neighborhood.

In the video, some people are seen wielding brooms and sticks in an effort to dissuade criminals from breaking into stores. However, one man was packing heat to prevent a robbery.

A man in a gray shirt is seen in the video using his firearm to prevent a break-in at the Sky’s the Limit Hair & Beauty.

Someone in the crowd screamed, “Shoot ’em! Shoot ’em!”

Then the gunman fired off two shots.

A manager at Sky’s the Limit told the New York Post that nobody was injured from the shooting and that the identity of the shooter is a mystery.

“That was one of the neighbors that probably had business in the area,” the anonymous manager suggested. “As far as I know, he shot in the air to scare them off. Because I guess he was sick of them breaking into one of the businesses across the street or something. He just don’t want them to break anything anymore.”

u201c#NewYorkn#Buffalon#lootingnnStore owners protecting their business nOne begins firing toward the end of the videonn https://t.co/L3iIqoH9QSu201d