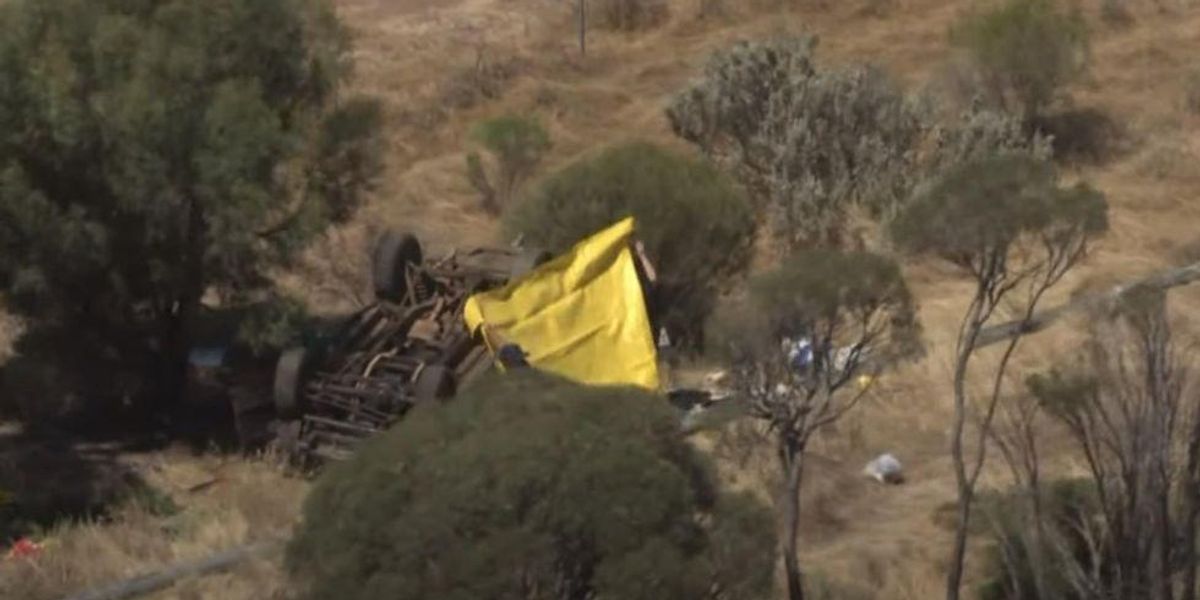 A 5-year-old girl helped her younger brothers survive alone for two days after their parents died in a family car accident in a remote part of Australia.

The family of five were driving in their Land Rover Discovery in the western part of the country, near the city of Perth, when their vehicle wound up off the road and upside down. Cindy Braddock, 25, and Jake Day, 28, perished in the accident.

A relative said that the girl helped her brothers, aged 1 and 2 years old, survive the crash.

“If it wasn’t for the 5-year-old undoing the buckle of the 1-year-old’s car seat, he wouldn’t be with us today,” said Day’s cousin Michael Read to CNN affiliate Nine News. “She’ll probably not know for a few years.”

The children were rescued after two days when a family member went looking for them. The family had been expected at a Christmas Day celebration and never arrived.

The children were flown to Perth Children’s Hospital by helicopter after suffering dehydration in the searing temperatures they experienced. They are expected to be discharged after several days.

Law enforcement authorities hadn’t determined the reason for the crash, but a gas station attendant told ABC News that he saw the family stop to get gas and that they appeared to be “very exhausted” before returning to the hours-long trip.

“They then got out, put fuel in, then they came in, they went to the toilet, they came and bought drinks and snacks and stuff for the road,” he said.

A GoFundMe account raising donations for the children and to help with funeral costs for the parents raised tens of thousands of Australian dollars. An update on the page said the children were doing well and were surrounded by family.

[embedded content]Tributes for three children stranded for days after both parents die in a crash in WA ABC Newswww.youtube.com

Baptist church requires members to sign ‘biblical sexuality’ pledge: ‘An exercise in clarity … in a sexually confused world’
Report: Nikki Haley to Announce for President February 15
Hunter Biden asks DOJ to investigate Rudy Giuliani and other Trump allies for disseminating his laptop data
Jay Leno’s show canceled following yet another vehicle-related accident: ‘I didn’t see it until it was too late’
How Hollywood Helped Create, and Destroy, Time’s Up