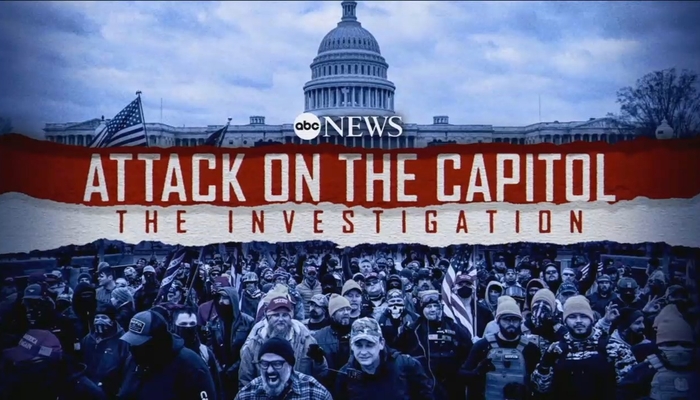 In a theatrical performance the worst thing that can happen is to have a predictable outcome. That is precisely what occurred with the Jan. 6 Committee, which has referred former President Donald Trump to the Department of Justice for criminal prosecution on four counts – “influencing or impeding an official proceeding of the U.S. government”, “conspiring to defraud the U.S”, “unlawfully, knowingly or willingly making false statements to the federal government”, and “assisting or engaging in insurrection against the United States” in relation to the Jan. 6. 2021 Capitol riot.

As a Wall Street Journal editorial noted, the recommendations – indeed the 18-month-long exercise – “has all the legal force of an interoffice memo.” The recommendations seem redundant and premature given the appointment of special counsel Jack Smith to investigate the Capitol riot and Trump’s role in it.

One can oppose Donald Trump’s run for president in 2024, while still questioning the way the House committee conducted itself. First, it was made up entirely of anti-Trump Democrats and two anti-Trump Republicans. The outcome was never in doubt. Second, the entire proceeding was well crafted with the assistance of former ABC News president James Goldston. Members read their statements from a teleprompter. Third, there was no cross-examination of the many witnesses. Fourth, not a single member of the panel or a witness spoke in defense of Trump.

While new information was revealed, if the panel had any interest in earning credibility with Trump supporters it failed.

The argument among Trump supporters has been that while the former president may have serious flaws, he did many good things. These included keeping inflation low, adding, 458 miles of new construction to our existing border wall, negotiating the Abraham Accords, and low gas prices. They reason that the good he did outweighed his caustic personality and erratic behavior.

Such rationalization recalls a line about Italian dictator Benito Mussolini that despite his fascism he made the trains run on time. It wasn’t true, but you get the idea. Some people are willing to accommodate just about anything if it serves their political and personal interests.

There are many potential Republican presidential candidates who share the same positions as Donald Trump, but they are not burdened with the former president’s heavy baggage. Republicans no longer need him and neither does the country.

Attorney General Merrick Garland will now have his own burden to carry should he proceed with indictments against Trump. Such a move would further divide the nation, if that’s possible. It might also invite revenge by some Republicans against Democrats.

It is problematic Trump could be convicted of any crimes, unless a trial is held in overwhelmingly Democratic Washington, D.C. The argument that “no one is above the law” is disproven almost daily in courtrooms, in politics and at our southern border.

The voters should be the “jury” on this issue. Defeating Trump in the primaries would provide political justice and save the nation from additional damage. The lesson of President Gerald Ford, who pardoned Richard Nixon, would serve the country well. Ford said: “The prospects of such trial will cause prolonged and divisive debate over the propriety of exposing to further punishment and degradation a man who has already paid the unprecedented penalty of relinquishing the highest elective office of the United States.”

I can’t imagine President Biden pardoning Trump, but if like Gerald Ford he put the nation’s future ahead of any personal feelings or political gain, it is something he should consider, perhaps in exchange for a promise from Trump never again to seek the presidency, or any other public office.