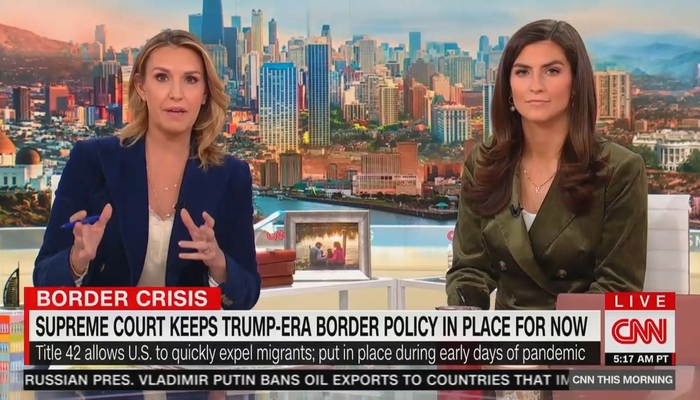 “Controversial” can certainly be an accurate adjective, but that doesn’t mean it isn’t wielded very deliberately to define what liberal journalists don’t like. On Monday, CNN morning anchor Christine Romans reported on Twitter under Elon Musk “reinstating controversial figures, including former President Trump.”  That’s true — Trump is controversial — and it sounds like CNN finds that Musk move objectionable.

Minutes later, Romans reported on President Biden demanding in recent months that the oil companies pump more oil. “He did the same of Saudi Arabia during a controversial visit in July.” Wow, Biden did something controversial – but put an asterisk on it, because journalists are especially angry over the Saudi crown prince ordering the gruesome murder of Qatar-backed Washington Post columnist Adnan Khashoggi.

NBC’s Today used the C-word accurately in describing Netflix shows on Jeffrey Dahmer and on Prince Harry and his wife Meghan Markle. 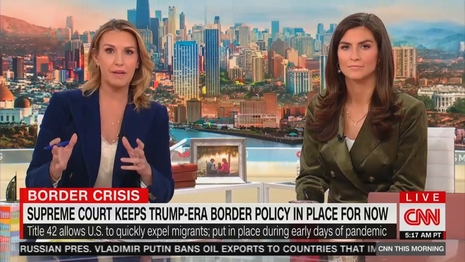 But this week, TV networks overwhelmingly employed the word to describe Title 42 as the Supreme Court upheld it. CNN reporter Sara Sidner explained on Monday’s CNN This Morning that “the Supreme Court is expected to rule on whether to keep the controversial Trump-era border restriction known as Title 42 in place.” One could joke that this is the only COVID restriction that the media didn’t like.

When the high court ruled 5-4 to keep it, networks sounded the alarm. On ABC’s World News Tonight, fill-in anchor Mary Bruce led off the show: “Breaking news, as we come on the air tonight, the Supreme Court announcing that a controversial Trump-era policy, allowing asylum seekers to be quickly turned away, known as Title 42, can remain in place.” Notice that “controversial” and “Trump era” fit perfectly for them.

On Wednesday’s Today, NBC co-host Kristen Welker lamented “the Supreme Court handing down a ruling that would keep the controversial Title 42 policy in place by a tight 5-to-4 vote until they can take up the case and make a permanent decision next June. It comes as the immigration crisis at many border towns around the country has reached a breaking point.”

But here’s the strangest part: it’s “controversial” when the “immigration crisis” reaches a “breaking point” and someone puts the brakes on the surge?

MSNBC host Alex Witt used this framing on Tuesday’s Andrea Mitchell Reports. She said, “Left in limbo! The Supreme Court is keeping the controversial Title 42 policy in place for at least another six months. What it means for thousands of migrants desperate for asylum and the communities struggling to provide basic humanitarian needs.” The flood of “desperate migrants” are the sympathetic victims of “controversial Trump-era” policies.

Fox News Channel has also used the C-word on Title 42, but the spin is different. On Wednesday’s Special Report, Bret Baier announced “Breaking tonight, a controversial Covid emergency immigration policy remains in place.  Yet the southern border crisis shows no signs of slowing down, and a plan for how to manage a post-Title 42 border is nowhere to be found, at least not yet.”

As a candidate in 2019, Joe Biden openly encouraged a surge. “I would make sure that there is, we immediately surge to the border all those people seeking asylum,” Biden said. “They deserve to be heard. That’s who we are. We’re a nation that says, ‘If you want to flee, and you’re fleeing oppression, you should come.'”

Guess what that is not? “Controversial.”

‘Dances with Wolves’ star arrested, accused of running a sex cult and committing grievous crimes against girls
CNN writer sends DeSantis admin loaded request for comment: ‘Echoes similar decisions made by fascist dictators’
Air Force General Predicts U.S. Will Be At War With China In 2025: ‘I Hope I Am Wrong’
KDJ Unwoke Cocktail of the Week – The NO POMEGRANATES!
JK Rowling braves backlash after calling out dangers of forcing male and female prisoners to shower together