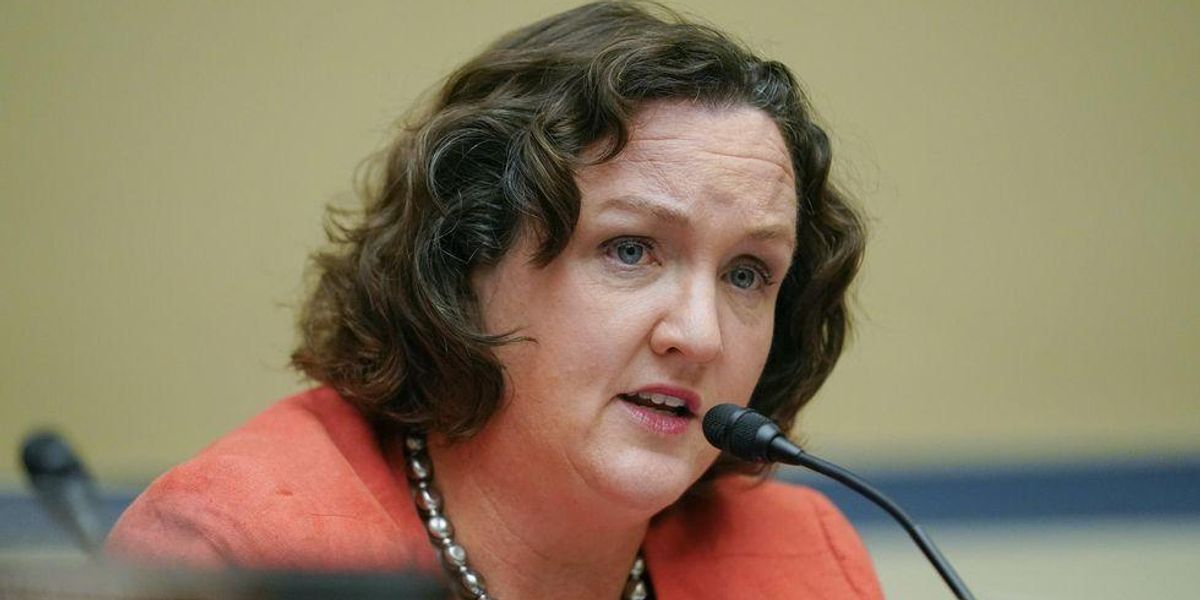 A leaked text message exchange from Democratic Rep. Katie Porter of California appeared to show her firing a staffer over their COVID-19 diagnosis that led to the congresswoman getting infected.

Porter’s office denied the allegations and said that the staffer had previously agreed to leaving the office before the incident.

“Why did you not follow office protocol on testing? It’s really disappointing,” read the text from Porter.

“I’m terribly sorry. You’re right I should have done better. Just because I felt okay in the moment doesn’t mean that I was,” responded the staffer, who was later identified as Sasha Georgiades, a U.S. Navy veteran.

“Sasha — I cannot allow you back in the office, given your failure to follow office policies. Cody will be in touch anout [sic] having your personal effects shipped or delivered to your home, and will lay out your remote work schedule and responsibilities for your last few weeks,” Porter replied.

“I understand. Thank you for the last two years and all that I have learned,” Georgiades texted back. “I hate to have disappointed you in the manner, as I know it isn’t an excuse I had found out my friend from the navy had been murdered and my head was not in the best place. Not an excuse but the reasoning for the lack of forethought. I appreciate everything this office has done for me.”

“Well you gave me Covid. In 25 months, it took you not following the rules to get me sick. My children have nobody to care for them,” wrote Porter, who is a single mother.

The exchange garnered over 2 million views in just a few hours.

Georgiades told Reason magazine that the politician never spoke another word to her after the text interaction.

“She was a fellow in our office, and weeks before she breached COVID protocol in July, we had already mutually agreed on an end date in August 2022,” wrote Wong.

“Congresswoman Porter was informing her that she would work from home for the remaining three weeks of her fellowship,” he added. “Following knowledge of COVID exposure, Congresswoman Porter tested twice daily and only attended in-person gatherings after negative results.”

Porter has been praised by those on the left for videos of her tough questioning during congressional hearings. But Georgiades says that combative attitude extends also to staffers who make mistakes.

“She has made multiple staffers cry and people are generally so anxious to even staff her because if ANYTHING goes wrong she flips out on whatever staffer is present,” Georgiades said to Fox News. “She just talks to staffers however she wants.”