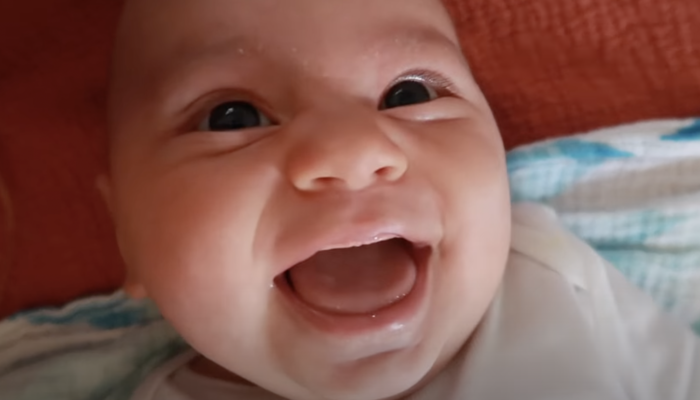 2022 was certainly a year for the books when it comes to the battle between pro-lifers and pro-aborts. Roe v. Wade was overturned in June, but since the start of 2022, pro-lifers have had to work overtime to keep up with the left’s – and the media’s – attack on the unborn. 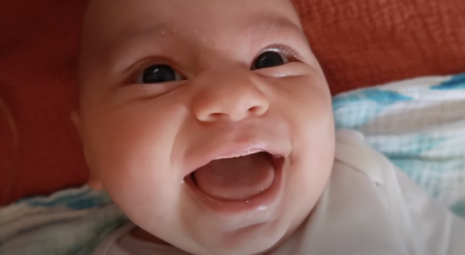 The Media Research Center covered every account that we could find of the media bias and overall anti-life arguments throughout the year. Now, we’ve compiled a list of six of the most egregious ways the left pushed for abortion in 2022.

1. Notable figures push the idea that the Bible and abortion go hand-in-hand.

Spoiler: they don’t. Throughout the course of the year, Vice President Kamala Harris (a supposed Christian), President Joe Biden (a “devout Catholic”) and their numerous accomplices tried convincing the public that they don’t have to “abandon their faith” in order to support abortion.

Harris’ most popular line this year when it came to abortion usually went something like this: “One does not have to abandon their faith or beliefs to agree that the government should not be making these decisions for the women of America.” She said this at different conventions, conferences and panels all over the country, including in front of an audience of roughly 2,000 faith leaders at the National Baptist Convention in September.

Biden ran with the same sort of shenanigans. He regularly referred to himself as a man of faith or a “devout Catholic,” yet praised abortion (a mortal sin) every chance he got.

Also “Catholic” Nancy Pelosi claimed it was “sinful” to restrict access to abortion. Socialist Rep. Alexandria Ocasio-Cortez suggested that abortion was a Jewish sacrament. “Good Catholic” Gov. Gavin Newsom (D-California) used Bible verses to try to convince people through his billboards that abortion was a way to “love your neighbor as yourself.”

The thing is, the Holy Bible is 110% against abortion. Not only does it declare that life begins at conception and recognizes its intrinsic value, it also deems it a grave evil to murder an innocent child. Even still, so-called leaders tried shoving the idea that abortion works hand-in-hand with the Bible in order to rally support for the anti-life agenda.

I think I have written or recorded about a pro-life center or church that’s been attacked nearly every single week this year, or at the very least since Roe’s overturning. What’s worse, however, is that the FBI has refused to do anything about it. Instead, they’re targeting and arresting pro-lifers for simply affirming life, while pro-abort threats run free.

When the Dobbs decision was leaked in May, pro-abort villains marched to the homes of pro-life Supreme Court justices to protest the potential ruling. They went to Amy Coney Barrett’s home dressed as characters from “The Handmaid’s Tale” and once visited with bloody baby dolls strapped to their hands. Brett Kavanaugh survived a murder threat after a pro-abort man showed up on his street with a knife and a gun with the intention to kill the justice.

The media barely talked about any of those stories.

In addition, there have been over 150 attacks on pro-life centers and churches, but the FBI refuses to mention if it has made any arrests on these attacks. Keep in mind, these aren’t just graffiti-and-broken-window attacks. Pregnancy centers have literally been firebombed as an act of protest against the services they provide. Instead of getting to the bottom of these deadly threats, law enforcement launched targeted raids on homes of pro-lifers and arrested them for praying in front of Planned Parenthoods.

Celebrities are usually famous for being good (or at least claiming to be good) at singing, acting, dancing, etc. But lately, celebs have been using their fame not to promote their “talent,” but to push the pro-abort narrative and encourage their supporters to do the same.

This year’s Fourth of July celebration was clouded by countless celebrities bashing the Supreme Court’s decision to overturn Roe v. Wade. Lizzo won a People’s Choice Award this year and used the honor to “normalize” abortion. Anne Hathaway said abortion was another word for “mercy.” Cyndi Lauper launched a “women’s rights fund” to raise money for abortions. Stevie Nicks suggested that if she hadn’t had an abortion, there’d be no Fleetwood Mac. Amy Schumer created a parody skit to pitch the state of Colorado for its best attraction: that it allows women to kill babies. A wide slew of celebrities loved screaming “F**k you” to the Supreme Court through various concerts and events, and celebs nearly had heart attacks in disbelief when Roe was overturned.

And then there were all the celebrity talk show hosts who used every opportunity they could to advocate for abortion. Jimmy Kimmel enlisted the support of a mock gospel choir to blast SCOTUS and even dragged in his wife to advocate for “abortion rights” on the show. James Cordon welled up with tears and was “gobsmacked” when talking about potential limits on abortion and Steven Colbert mocked pro-lifers frequently during his monologues.

Unfortunately, people look at celebrities as influencers. They think, “If that really famous girl is saying this or that, I am going to say the same thing or at least agree with her because she’s famous.” People who do this are dumb, but that doesn’t stop them from doing it. Hence why celebrities using their platform to push the pro-abort narrative is so dangerous for people who don’t know how to think for themselves.

Luckily at MRCTV, we’ve got a team that scans various TV shows for anti-american propaganda. Unfortunately this year, they found a whole bunch of shows that pushed the pro-abort narrative. I’ll just mention a few, but the rest can be found on our site.

In one “Law and Order” episode, the creators painted pro-lifers as violent murderers and made the pro-abort characters the heroes of the story. During a “Grey’s Anatomy” segment in September, creators riddled the entire episode with abortion buzzwords and featured a teenage abortion scene. In a “Grey’s Anatomy” spin off, “Station 19,” one character claimed that “women’s bodies are held hostage by the government” because of abortion limitations. One ABC drama presented the question, “What wine do you think pairs best with an abortion?” A documentary was even released about 11,000 illegal abortions.

Not to mention, Hollywood itself is pushing for abortion to be widely accepted. The entertainment industry revealed plans back in July to push the pro-abortion agenda even harder since Roe’s overturn, and the Writers Guild urged Hollywood producers to abandon productions in pro-life states.

Hollywood has a major influence on our nation. With TVs running almost non-stop in American homes, targeting people through that medium is an easy way to get people to advocate for whatever these shows promote.

The bottom line is that it’s a heck of a lot cheaper for a company to pay for a weekend getaway for a woman to get an abortion than it is to pay for maternity leave, or to support a mother trying to balance work while raising her child. To that end, a number of corporations expressed their commitment to helping women get abortions even before Roe v Wade was overturned, but they really upped the ante this summer. Here are just a few examples of companies who’ve committed to helping slow population growth through the murder of innocent babies.

Amazon planned to offer $4,000 annually to its employees for travel expenses when they need an abortion that isn’t accessible in their state of residence. Disney included abortion in its “family planning” benefit to workers. Netflix pledged to offer $10,000 for abortion vacations. Target, Tesla, Starbucks and Yelp also all offered to help out women (or “pregnant people”) when they want to kill their babies but can’t do so where they live.

This year, only one company that we found - Buffer Insurance - stood up to proclaim that they’d help pay for pregnant mothers’ prenatal care or even adoption services. We need more of this, and fewer companies paying for death.

It’s disturbing to see how little the left and much of the world cares about children. While the media paints pro-lifers as the villains, they give no care or even thought to the lives of innocent children, which in turn encourages others to do the same.

Earlier this year, Stacey Abrams, a now twice-failed candidate for Georgia governor, claimed that abortion is a solution to fixing inflation – in other words, have an abortion because prices are high, and kids cost money! This same whack also claimed that six-week-old fetal heartbeats are sounds manufactured by machines used by ultrasound technicians in order to convince women that their “fetus” has a heartbeat when it doesn’t. The facts? The baby does have a detectable heartbeat at that age – Abrams just doesn’t like it.

As a result of “leaders” or notable figures showing zero care in the world for the unborn, ordinary people are following suit. In July, a protestor screamed, “We love killing babies!” during a rally. In Arizona, a preterm newborn was found next to a dumpster after being burned to death following what is assumed to be a botched abortion. And snuff radio NPR actually aired the sound of a child being aborted on the radio.

Abortions – and callus acts toward infants and children in general – are going to keep happening if we don’t overcome this idea that children are worthless pieces of flesh that can be disposed on a whim.

All of these tactics are attempts to normalize abortion, and they’re going to keep working if we let them. If we don’t expose the media who funnel this narrative onto our streets and into our homes, then the world is going to continue accepting abortion, and more precious babies’ lives will be lost.

2023 needs to be the year that all life is given dignity, respect, and the most basic human right: the right to life.

School district blasted for racism after it calls 4th graders’ snowman ‘just as diverse as our students’
Anti-Semitic MSNBC Claims Israel Turned West Bank Into An Apartheid
Police nab suspect in Dallas Zoo monkey theft, leopard release
Marjorie Taylor Greene got threatening voicemails from man who spelled his full name, left his phone number, and dared her to press charges. His wish was apparently her command.
Eric Swalwell Brutalized on Twitter After Asking GOP Colleague Why His ‘Gun’ is So ‘Small’