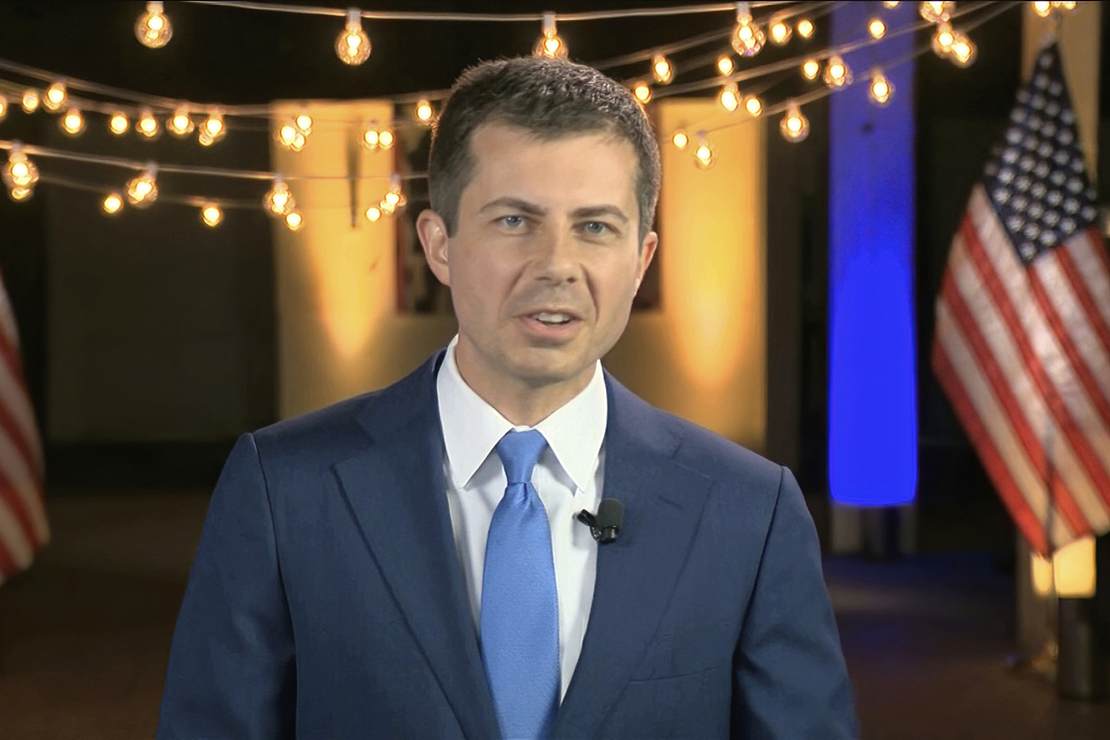 Despite repeated insistence from Joe Biden and the White House that the mentally unwell octogenarian will seek a second term, few people actually believe he will, and plenty (even his own party) don’t even want them to. One name that has repeatedly come up as an alternative Biden to lead the ticket has been Biden’s bumbling Transportation Secretary Pete Buttigieg.

It certainly would fit the pattern of the political left, which often sees demographics before individuals. In 2008, they chose Barack Obama to be their candidate, despite his inexperience and incompetence, because he was black. In 2016, they went with Hillary Clinton, ignoring her terrible likability numbers because they wanted to elect the first woman president. After losing to Donald Trump, however, they went back to the safe bet of the old white guy (Joe Biden) because he was seen as the most electable.

But as the nation watches in horror as Joe Biden slowly decomposes on national television, a successor must be picked — and it certainly won’t be Kamala Harris. Despite being a person of color and — as most biologists would agree — a woman, she has managed to make history as the nation’s least-liked vice president. Her political viability is virtually zero. There have been rumors that Joe Biden has been grooming (no pun intended) Pete Buttigieg for the presidency, and Biden’s aides see him, not Kamala, as his successor.

“While Buttigieg says he’s not contemplating the race to be Biden’s successor, inside the West Wing, others are imagining it for him,” Politico reported last year. “His name is sometimes discussed by aides as a natural Democratic presidential nominee in 2028 — or 2024 if the president opts not to run.”

Why would Buttigieg be seen as Biden’s successor? We all know why Kamala Harris isn’t. Reports of tension between Biden’s people and Harris have been around for two years, and her term as vice president has been a disaster. But Buttigieg? His tenure as Transportation Secretary hasn’t been smooth sailing either.

His time in office has been defined by a series of fumbles, including taking paternity leave amid the supply chain crisis, ridiculously calling bridges and highways racist, and taking personal trips, among other things. But more importantly, his performance has been widely described as weak and incompetent. The only possible explanation for Buttigieg’s star rising in the Democratic Party is that they see him as the best shot at being the first LGBT president.

But suddenly the tide changed, and the left is finally starting to sour on Buttigieg. As Breitbart noted, many Democrats are finally calling out Buttigieg’s incompetence. After receiving a bipartisan letter in September from 38 attorneys general demanding action over the problem of the excessive number of flight cancellations, Buttigieg promised to address the issue and predicted that the situation would be resolved by Christmastime. It never happened, and the situation has gotten worse, not better.

“Southwest’s flight delays & cancellations are beyond unacceptable. This is a company that got a $7 billion taxpayer bailout & will be handing out $428 million in dividends to their wealthy shareholders,” Sen. Bernie Sanders (I-Vt.) said on Twitter. “[The U.S. Department of Transportation] must hold Southwest’s CEO accountable for his greed and incompetence.”

“This is incompetence,” Former Ohio state senator Nina Turner said. “This is what placing unqualified people in positions of power to do the bidding of corporations will get you. There is a direct line from Secretary Buttigeig [sic] to the Southwest Airlines debacle and we shouldn’t pretend there isn’t.”

Buttigieg faced similar criticism from the left side of the aisle back in the summer when thousands of flights were canceled over the Independence Day holiday — and Rep. Ro Khanna (D-Calif.) hasn’t forgotten.

“Nearly six months ago ⁦[Bernie Sanders]⁩ & I called for Buttigieg to implement fines & penalties on airlines for cancelling flights,” Khanna tweeted Thursday. “Why were these recommendations not followed? This mess with Southwest could have been avoided. We need bold action.”

There may be a long time between now and 2028 (or perhaps 2024) but the former mayor’s time as transportation secretary was supposed his opportunity to prove to Democrats he was ready to be president. He’s clearly failed at that, and now Democrats may have to find some other LGBT star for the White House.