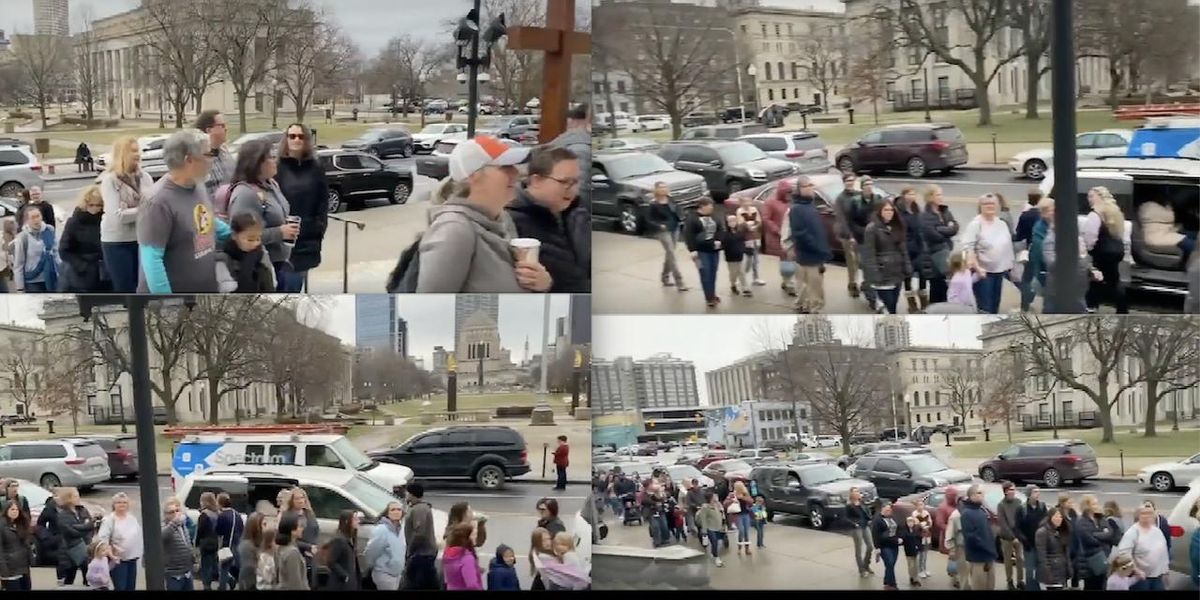 One might reason that a public library would be thrilled by a huge crowd showing up for an event at its location, particularly when kids are part of the throng. You’re talking about many potential brand-new book borrowers, the possibility of numerous return visits, and more foot traffic — all of which may equal greater interest in the library.

But the Indianapolis Public Library seems none too pleased about an attendance estimate for
Kirk Cameron’s reading of his God-focused children’s book “As I Grow,” which took place there Thursday.

Specifically, the library
tweeted Friday that an attendance estimate of 2,500 is inaccurate — and far fewer folks showed up than was noted on social media:

u201cWe are being inaccurately portrayed in news/social after a room rental yesterday. Our estimated door count during the event is around 750, not 2500. We’ve had larger events. We turn 150 yrs old in 2023. And our auditorium, which our guests chose not to rent, holds 300, not 2000.u201d

“We are being inaccurately portrayed in news/social after a room rental yesterday,” the library tweeted without naming Kirk Cameron or his book. “Our estimated door count during the event is around 750, not 2500. We’ve had larger events. We turn 150 yrs old in 2023. And our auditorium, which our guests chose not to rent, holds 300, not 2000.”

u201cThis is a message to every library in the United States: nnIn 137 years of the Indianapolis Public Libraryu2019s history, NEVER ONCE have they had over 2,500 people show up to a single event. nnUNTIL TODAY.u201d

The library’s tweet disputing the attendance has been getting a lot of attention, with most commenters wasting no time skewering Cameron and accusing him of lying. However, a handful of folks chastened the library for being petty:

Cameron — who was scheduled to do another reading Friday afternoon at Scarsdale (New York) Public Library — appeared on Fox News also on Friday to talk about the controversy over his attempts to hold readings of his book at public libraries:

u201cTime to have a “meeting room rental” non-sponsored event where @KirkCameron will read “As You Grow” that is STILL not listed on the event calendar as of December 30th, 12:30pm CT.nn@scarsdalelibu201d

Here are a few other looks at what went down at the Indianapolis Public Library on Thursday — starting with a rendition of “God Bless America”:

u201cAt this point most are staying in line upstairs. Some are going downstairs. It’s not clear when or if there will be an additional reading. Folks are singing in the aisles awaiting direction. An announcement was made on the intercom but couldn’t hear. @KirkCameron @indylibraryu201d

u201cWow! What an incredible turnout!nnThank you to everyone who gave up their morning to join us in Indianapolis!nnWe are so humbled & thankful for your support!nn@KirkCameronu201d

u201cLibrary staff has informed patrons that there will not be room for all guests to enjoy the book reading. As you can see, the building appears well beyond capacity. @KirkCameron @indylibrary #childstoryhouru201d

This story has been updated.

Leftist Privilege Gets Lawyer-Turned-Firebomber Off Easy
Poll finds almost a quarter of Millennials get their rent paid by their parents, others get groceries, utilities paid
Deace: Pope Francis is woke, but is he awake?
Baptist church requires members to sign ‘biblical sexuality’ pledge: ‘An exercise in clarity … in a sexually confused world’
How and Why the Left Is Making the Memphis Cops Into ‘Racists’