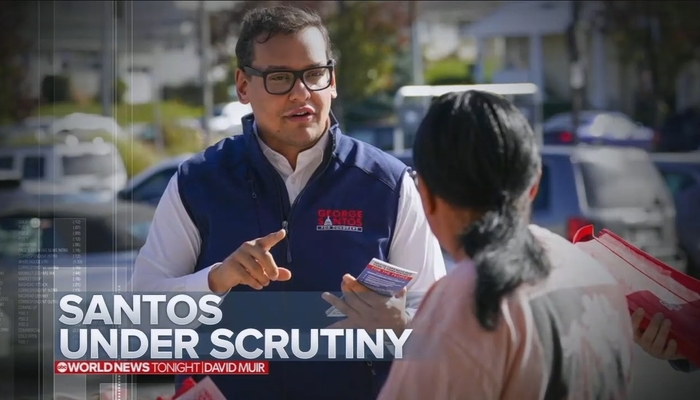 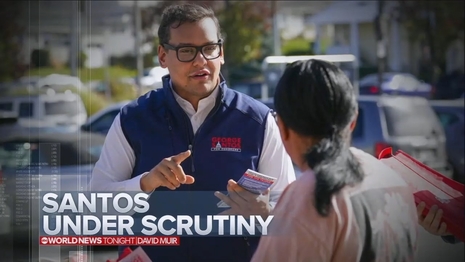 Well, isn’t this rich. Republican Congressman-elect George Santos has been caught flatfooted, lying about all manner of things — his education, job history, religion, his mother’s death and more.

The lib media has, but of course, gone crazy with this. Doubtless, beyond the lying itself, this focus on Santos is partially driven by the battle to elect the next GOP Speaker of the House. Embattled GOP House Leader Kevin McCarthy needs every vote he can get – and that would include a Santos vote, presuming Santos does not resign before the election on January 3rd. Something that as this is written appears unlikely.

But there’s more here than meets the eye.

Over there at The American Spectator, columnist (and colleague) Scott McKay has noted – correctly in my view – something very curious. How was Santos able to tell these lies and get away with it in his election? Says Scott: “He realized that Stupid Woke America values ‘diversity’ over competence or merit, and so he fed Stupid Woke America what it wanted.”

Santos picked his line very well, knowing that if he did he would escape any media scrutiny at all. Say you’re a Wall Street whiz, that you’re gay and Jewish and that you come from Holocaust survivors, and that you’re a 9/11 victim, if only by proxy.

Say all of that and nobody in the mainstream media, not even in New York, will bother to challenge any of it.

Let’s say that instead of all that Wokeness, Santos had advertised himself as a small businessman, a very straight husband, father and family man. Let’s say he admitted to belonging to an evangelical church, that his father had been an evangelical pastor and his mother a New York City cop. And oh yes, he was educated in a school run by evangelicals.

Are you kidding? Safe to say the liberal media, particularly in New York, would have pounced. Every bit of that kind of background would have been held out by the media as something to look down on with a lacerating contempt.

So whether intentional or not, Santos has effectively (and amusingly) set the liberal media up. He advertised himself — without saying a word other than listing his bio “facts” – as one seriously woke guy. So the media gave him a pass.

He says he’s openly gay? To challenge him by noting he was previously married to a woman means you’re a bigot, so no challenge there.  He worked at the woke investment company Goldman Sachs? Here’s a New York Post headline:

If you’re appealing to a woke media, claiming a background at woke Goldman will be silently applauded. He’s woke just like one of us.

The right woke progresssive schools? Here’s Horace Mann School, that Santos claimed to have attended, in the headlines at The New York Post earlier this year:

Santos also said he studied at New York University – which NYU cannot find a record of. Yet just coincidentally NYU has made a list of the “most progressive universities and colleges in the U.S.”.

So wokeness is big with George Santos – just look at his resume. And the liberal media bought into the whole schtick, hook, line and sinker.

As NewsBusters executive editor Tim Graham has pointed out, when Joe Biden has spent a career lying, the media merely shrugs and ignores.

Over there at The New York Post, Douglas Murray headlined a version of Tim’s point:

George Santos takes the cake, but why does Joe Biden get a pass for his lies?

The answer, of course, is Biden is a liberal. So a pass he gets.

Whatever else comes of this episode with George Santos, one takeaway lesson is that the lib media is so woke at this point that they will even not do their due diligence on a Republican candidate if that candidate passes a woke test with flying colors.

Whether by design or sheer accident, it appears that most if not all of his phony resume advertised by George Santos fit the woke bill – and the media shrugged.

You can’t make it up. Unless you’re George Santos.