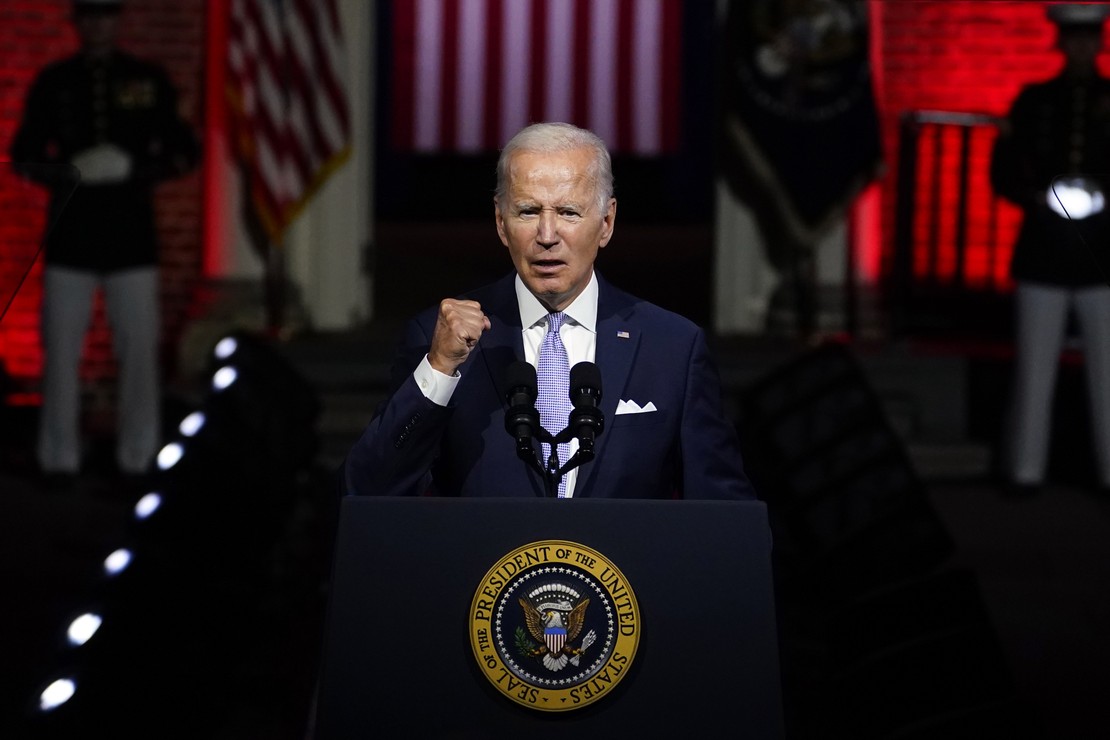 For two years, the Biden administration has run amok, pushing radical policies and abusing its power. With Democrat majorities in both chambers of Congress, oversight has been virtually nonexistent. But when Republicans assume control of the House, the Biden administration will no longer have the protection of the Democratic Party to prevent investigations into its corruption.

But don’t expect them to cooperate with the House GOP as it seeks to hold Biden and his minions accountable.

According to a letter leaked to Politico by the White House last week, White House Special Counsel Richard Sauber told Republican Congressmen James Comer and Jim Jordan that the administration has “no immediate plans” to respond to their numerous records requests for upcoming investigations. Comer is the incoming chair of the House Oversight Committee, and Jordan will chair the Judiciary Committee.

In the letter, Sauber argued that the requests were unconstitutional since the next Congress has not yet begun its regular session. “Congress has not delegated such authority to individual members of Congress who are not committee chairmen, and the House has not done so under its current Rules,” he wrote. Sauber did say that the White House wouldn’t necessarily rule out complying with future demands once the GOP officially takes over. The requests will just have to be made again.

But there’s a catch.

“Should the Committee issue similar or other requests in the 118th Congress, we will review and respond to them in good faith, consistent with the needs and obligations of both branches. We expect the new Congress will undertake its oversight responsibilities in the same spirit of good faith,” Sauber wrote.

While this sounds like Sauber is saying that the White House will cooperate with the GOP’s investigations once they officially have the power to conduct them, when you read between lines, it’s clear they are obstructing these investigations now and will continue to do so this year in every way possible. And Comer is not amused.

Related: No, We Can’t Trust AG Garland Not to Interfere With the Hunter Biden Investigation

“President Biden promised to have the most transparent administration in history but at every turn the Biden White House seeks to obstruct congressional oversight and hide information from the American people,” Comer told Politico in a statement. “Just before dawn at 4:33 a.m., the White House informed us they will not provide the answers we have been seeking for the American people on important issues such as the border and fentanyl crises, the energy crisis, botched Afghanistan withdrawal, COVID origins, and the Biden family’s influence peddling. Why is the Biden Administration hiding this information? Republicans are undeterred by the Biden Administration’s obstruction and will continue pressing for the answers, transparency, and accountability that the American people deserve.”

Last night, the White House LEAKS this ridiculous story to @politico and @HeidiReports.

Then, the White House BRIEFS Politico on the story.

Only after publication does Politico ask us for comment.

Make no mistake about it: The Biden administration is not going to cooperate with the House GOP. When Sauber says they will respond to GOP requests “in good faith” as long as the requests are “consistent with the needs and obligations of both branches,” that means you can expect that the Biden administration will use every possible trick in the book to not  provide documents—just as the Obama White House did.

When the Obama administration was under investigation for the Solyndra scandal, the White House claimed that complying with the subpoenas would put an “unreasonable burden on the president’s ability to meet his constitutional duties.” When the Obama administration was under investigation for obstructing the New Black Panther Party voter intimidation investigation, they vigorously fought subpoenas and instructed officials not to testify. The investigation of Fast & Furious was met with false claims of executive privilege over documents and such egregious lies and obstruction from Attorney General Eric Holder that he was held in contempt of Congress in a historic and bipartisan vote.

Related: The Top 5 Investigations Obstructed by the Obama Administration