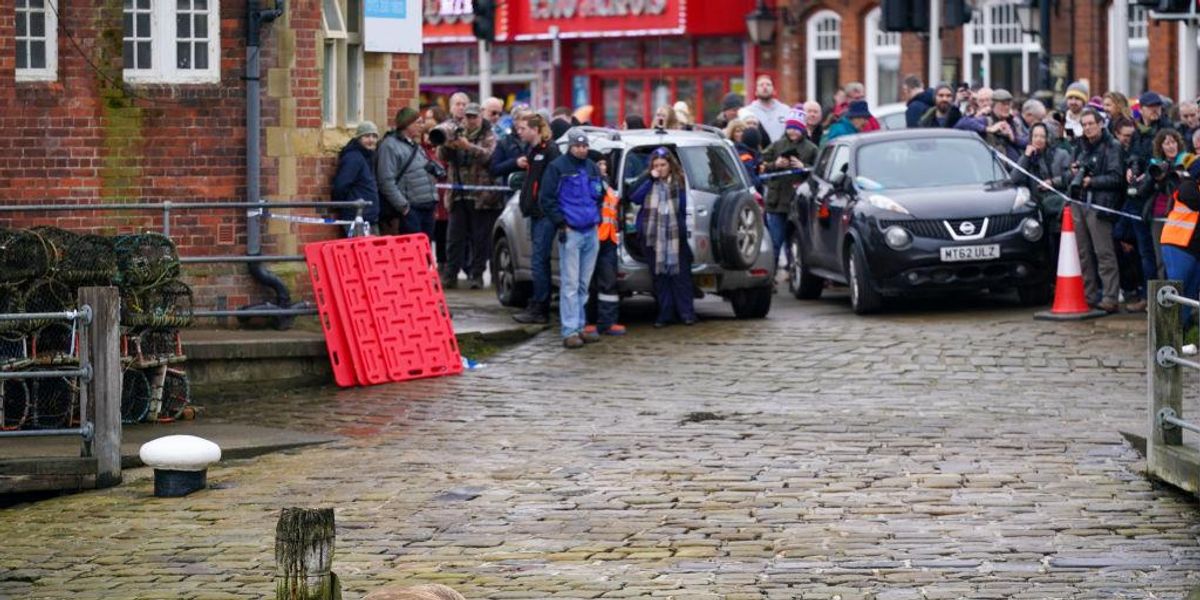 A giant, migrating arctic walrus has apparently decided to take a rest from his travels in a seaside British town, creating an instant public sensation and causing chaos in the English town of Scarborough.

The walrus, which is believed to be the same animal named “Thor” who caused a similar scene a month ago on the Hampshire coast in England, apparently clambered ashore on Friday night and plopped himself down in the middle of the Scarborough street for a snooze. A team of aquatic animal experts from the local Sea Life Scarborough aquarium promptly cordoned off the area to prevent humans from getting too close and began monitoring the situation.

According to these experts, the walrus appears to be in fine shape physically and is merely resting before continuing its journey north — albeit in an unusual spot. It is believed to be the first time a walrus has been spotted in Scarborough. Aquarium staff asked the public to “Please be respectful of his rest and try not to disturb him. While it is a very exciting opportunity for us, naturally they do not like lots of noise and are not familiar with domestic animals so please keep pets on leads and remain a safe distance for your own welfare and his. Hopefully within a few days he will have got enough rest to move on and continue his adventures North!”

Nevertheless, the spectacle of a giant walrus apparently on a vacation in the middle of an English seaside town has drawn a gaggle of gawkers from all around. According to ITV, crowds of hundreds have lined up outside the cordon to get a glimpse or a picture for social media of the unusual phenomenon.

Local residents have been amazed by the sudden influx of visitors. One local, Richard Coulson, told the Guardian that “I live just round the corner from where it actually is and the traffic up and down our road – it’s just like a summer’s day, it really is absolutely teeming with cars and people. It’s amazing how much attention it’s brought.”

The extent of the attention appears to also be “agitating” the walrus, who has thus far refused to return to the ocean. The extent of his agitation has led local marine wildlife experts to develop a “backup plan” for forcing Thor to return to the ocean if he attempts to haul himself up any further into town. Saturday afternoon, they also moved the cordon back further in an attempt to calm the walrus and keep the increasing crowd sizes down.

The crowd has likewise been accused of growing increasingly unruly, with Yorkshire Live reporting that many of the gawkers have been “barging and hassling” volunteers who are trying to keep the crowd at bay.