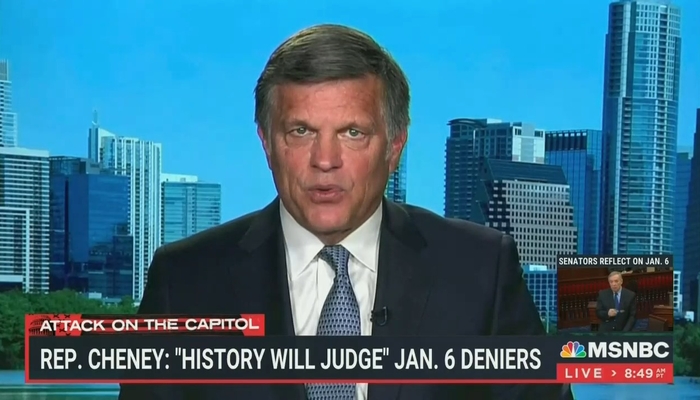 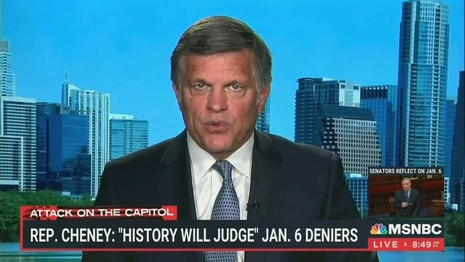 It was a challenging task but an esteemed panel of NewsBusters editors led by MRC President L.Brent Bozell and MRC’s Vice President for Research and Publications Brent Baker boiled down all the biased outbursts from lefty hack hosts, anchors, reporters and pundits in 2022 and on December 15 announced The Brian Stelter Memorial Award for Quote of the Year.

Of course, every year there is way too much bias for just one category. So Baker led a panel of NewsBusters editors to break down the Worst of 2022 into eight additional categories (The GOP Will End Democracy Award; The Damn Those Conservatives Award; The Praising and Protecting Old Joe Award;The Media Heroes Award; The Cursing the Conservative Court Award; The Joy of Hate Award for Joy Reid Rants; The Craziest Analysis Award and the Celebrity Freak-Outs Award).

Today we present the WORST OF 2022: The Craziest Analysis Award.

Without further ado here is the winner (followed by the top runners-up):

“We have film footage of what happened on January 6, we have proof. Dwight Eisenhower, during World War II made sure all the Holocaust camps were filmed. So, we’ve got the film footage….My worry is what do we call this and make sure we honor this day, this dark stained day every year. So, we gotta keep saying January 6. I think it is like December 7 Pearl Harbor, it is like the 9/11 tragedy.”
— MSNBC historian Douglas Brinkley on MSNBC’s Craig Melvin Reports, January 6.

The Nation justice correspondent Elie Mystal: “The Constitution is kind of trash. Again, let’s just talk as adults for a second.”
Co-host Joy Behar: “What did you say? It’s kind of what?”
Mystal: “It’s kind of trash. It was written by slavers and colonists and white people who were willing to make deals with slavers and colonists. They didn’t ask anybody who looked like me what they thought about the Constitution. They didn’t say, ‘Oh, Jim, come over here, what do you think about this O’ Constitution?’ ‘Well, masta, I sure don’t like how you sell my children, but I got to say, this King George, he needs to be stopped. My grandpappy used to say, ‘ain’t no taxation without representation for masta.’….The very least we can do is ignore what those slavers and colonists and misogynists thought.”
— ABC’s The View, March 4.

“We’re ferociously defending the idea that it’s possible to….be objective and nonpartisan….Our mission is to illuminate and not advocate.”
— NBC News President Noah Oppenheim in an interview with Tom Jones of the Poynter Institute, posted January 19.

“Who are we to criticize China’s human rights records when we have ongoing attacks by the agents of the state against unarmed citizens and we’ve got assaults on the voting rights of our people of color in various states in this country.”
— Director of Sports Journalism at Northwestern University and regular ESPN panelist J.A. Adande on ESPN’s Around the Horn, February 4.

Co-host Whoopi Goldberg: “The Holocaust isn’t about race….It’s not about race.”
Co-host Joy Behar: “What is it about?”
Goldberg: “It’s about man’s inhumanity to man. That’s what it’s about….these are two white groups of people.”
— ABC’s The View, January 31.