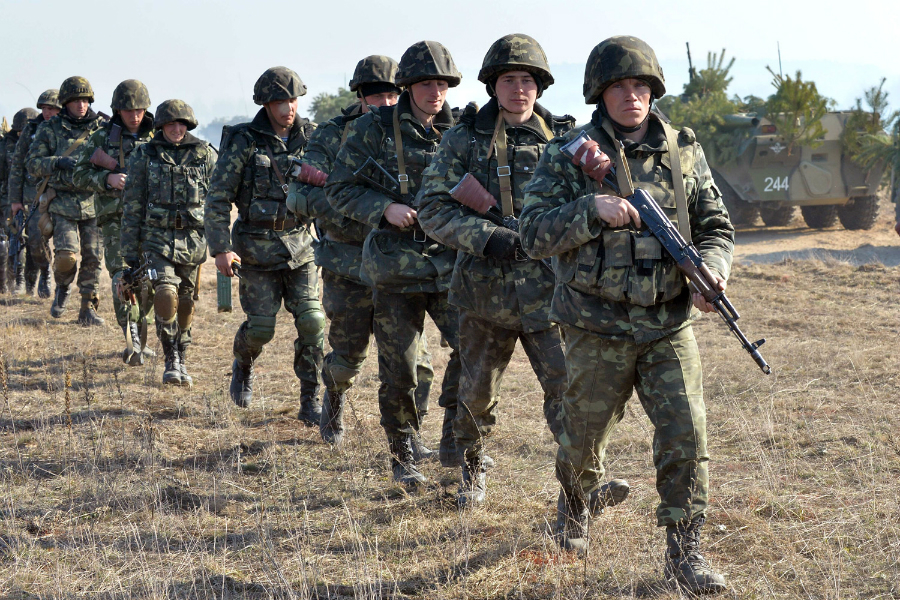 (Natural News)
The Russian military, we are led to believe, is performing poorly in Ukraine and has suffered tens of thousands of deaths and casualties, beaten back by a ‘superior’ Ukrainian army equipped with Western (mostly U.S.) weapons.

That’s the line we’re being fed from the same corporate media outlets and globalist elites who stole Donald Trump’s reelection and claimed that COVID-19 vaccines were 100 percent safe.

So it should come as no surprise that a newly published analysis is not only refuting all of the nonsense regarding Russia’s alleged military ineptitude, but also points out that Moscow is dramatically expanding the size of its forces and is preparing to equip them with nuclear-capable missiles that are so fast there is no credible missile defense against them, not even the vaunted U.S.-built Patriot 3 or the Israeli Iron Dome systems.

“Russia announced yesterday that it will increase its military strength from 1 million to 1.5 million. The Western Press keeps putting out the propaganda that this is all because Russia has lost momentum and many soldiers in Ukraine,” Martin Armstrong of Armstrong Economics noted this week. “I reported before that sources from Ukraine, not Russia, put the death toll at over 100,000 Ukrainian soldiers. That was also in the draft speech of the head of the EU, but it was removed to keep up the image that Ukraine is winning.”

He went on to discuss other developments, including the U.S./NATO plan to dramatically expand certain militaries within the alliance — countries we know will fight if they have to (i.e. not Germany).

“What is not being said here is that Poland has been instructed by the US to increase its military from 100,000 to 250,000 making it the largest force in NATO. It is only a 14-hour drive from Warsaw to Moscow. This in addition to NATO’s plans to incorporate Finland and Sweden, has also played a role in this decision,” Armstrong noted further.

Continuing, he pointed out that Russian Defense Minister Sergei Shoigu announced, with President Vladimir Putin’s blessing of course, an increase in the size of the Russian military, from 1 million personnel to 1.5 million, a massive 50 percent increase, “to guarantee the fulfillment of tasks to ensure Russia’s security.”

His figures for the U.S. military are off, however; his 1.4 million figure is the current active duty component. There are about 800,000 reservists, not all of whom are ‘ready reserve.’

Still, his point is taken: Russia is ramping up, and they are getting ready to deploy a legitimate super weapon that cannot be stopped.

“Currently in Russia, the regular draft calls up 120,000 to 140,000 men twice a year for a one-year tour of compulsory service,” Armstrong writes. “What is becoming very obvious is that the West wants war. There is no desire for peace whatsoever. This has changed the game.”

He then went on to lambast the corrupt Western media.

“The Western Press keeps just putting out propaganda about Ukraine winning, while it is ignoring the mobilization of NATO which is clearly anticipating war,” he said. “This is not going to be just about Ukraine as we head into 2023. You have to be blind not to see that the West is clearly preparing for war.

“This is what Russia is now responding to. With Poland raising its army to 250,000, that presents a serious threat to Russia,” he noted further.

At the same time, Armstrong points out that Putin’s military is studying the performance of the U.S. weapons systems being given to Ukraine so as to modernize their own forces, though again, Ukraine is not getting the best systems the U.S. military possesses. Still, it’s a lesson that Putin is taking in.

Finally, he notes “that Russia will start to deploy more hypersonic weapons, noting that the first warship equipped with state-of-the-art Zircon hypersonic missiles will be commissioned by the navy next month. There is no question that defense against Russia’s hypersonic weapons is likely not possible.

“Russia has been using some hypersonic missiles in Ukraine. It is believed among our sources that this may have been more to intimidate NATO and the United States,” he added.

The only thing that can stop a hypersonic missile is a faster one or, preferably, laser weapons, which travel at the speed of light — the fastest known mode of travel in our world.

Bill Gates flies around Australia for climate change lectures in $70m private jet that guzzles fossil fuels
Report: Nikki Haley to Announce for President February 15
The part of the Tyre Nichols story that they leave out
U.S. General Warns We’ll Be at War With China in Two Years
Tesla car battery ‘spontaneously’ bursts into flames on California highway, firefighters need 6,000 gallons to put it out