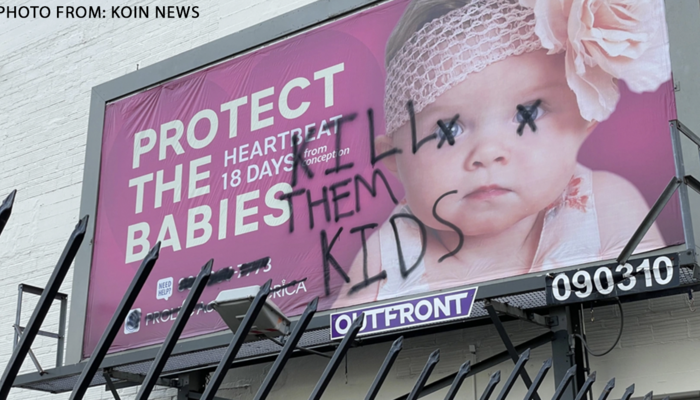 Welcome to 2023 where children’s lives are STILL not valued. 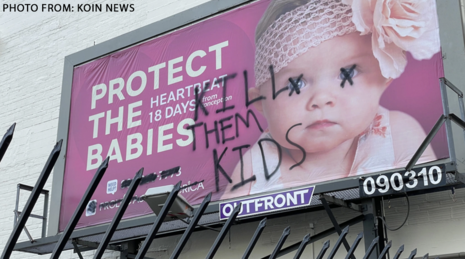 The billboard displayed an advertisement from the nonprofit group ProLife Across America. Originally it read “Protect the babies” and “heartbeat 18 days from conception.” The billboard also presented the image of a sweet baby girl who’s eyes were crossed out as well as the website/resource links on the billboard, according to KOIN News.

Vandals wanted to erase every opportunity for a woman who may have been looking for help to get it.

According to the KOIN News report, the Portland Police Bureau said it was unclear if any police reports have been filed regarding the billboard but it has since been taken down. ProLife Across America director Mary Ann Kuharski aims to replace the billboard in time.

The group’s website asserts that “Our ads create an ‘Atmosphere of Life’ in a ‘culture of death.’” The group’s point was proven entirely. We are living in a culture that celebrates death.

It’s zero percent surprising that not much … if anything … has been done regarding the investigation of a pro-abort attack like this. Regardless of the fact that nobody was hurt as a result of the vandals, their efforts could lead to many women choosing to abort their children since the resource is no longer easy to see and access.

When Roe v Wade was overturned, there were a slew of attacks on life-supporting establishments but this one shows how the left, or at least these attackers, are not even “pro-choice” as they claim. They are pro-abort. They know what abortion is and how it ends the life of an innocent child and yet are not even ashamed to say that they are all-in for it.

This is a disgrace.