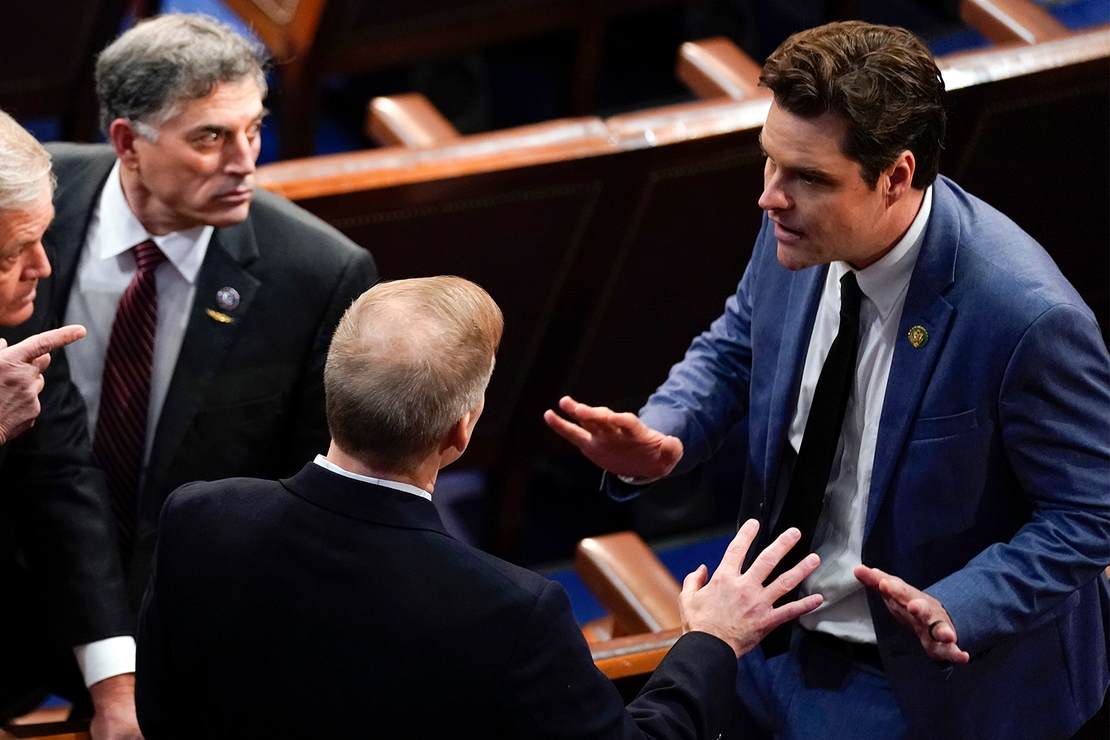 As I begin writing this column, the 2023 House of Representatives are about to see a seventh ballot fail to elect a new speaker. Most conservatives don’t view this fight as a bad thing. Things in the House are messier by nature. The Senate is like a pinochle game among the elders after Thanksgiving dinner; the House is the teenagers throwing a football in the basement and breaking things.

In what may come as a surprise to many, my feelings on the brouhaha have been a bit nuanced. Just a bit though.

In my Wednesday Morning Briefing this week, I referred to the new Republican majority as a “driverless clown car.” I was then taken to task by a commenter who correctly noted that I have called for a change in Republican leadership. I can both want a change in leadership and want the fight for the change to be more focused and functional at the same time.

We’re not there with this battle. Rep. Matt Gaetz (R-Fla.) nominated Donald Trump to be speaker this morning. I like Gaetz, but this is petulant grandstanding, especially given the fact that Trump has been trying to rally support for Kevin McCarthy (R-Calif.).

One of my biggest complaints about the Boehner-era House GOP majority was that they were only good at putting on a show for the cameras. Wow, could those people do press conferences and photo ops. But policy that would protect our freedoms and money? Not so much.

A lot of this speaker fight has felt like bad political performance art for the cameras.

It should be noted that I’m not advocating for hive mind harmony among Republicans, I never want them to be the Democrats. We’re too close to a uniparty in the Senate already, we don’t need more of the same in the House.

Let the fights be frequent but let them be focused. Focused fighters win. What we are watching now is akin to a drunken melee brawl at a sporting event. There are flailing punches being thrown everywhere, some bruising, yet no one really wins the thing. You can brag later that you were in the fight but you’re not quite the a**-kicker that you think you are.

This will, of course, be over soon and — I’ll be honest — I don’t give a damn who the next speaker is. It can be McCarthy, Scalise, Glinda the Good Witch, it doesn’t matter to me.

What does matter to me is that the House Republicans put their feelings behind them after this fight and focus in the very real existential threat that the Democrats pose to the continued existence of the Republic.

I’ve spent most of my adult life in the entertainment industry. I’ve also been a political activist all that time and I’ve known and worked with a lot of politicians over the years. There’s an old saying that goes, “Washington is Hollywood for ugly people.” Based on my unique perspective, I can confirm that’s true.

What many people may not know is that politicians’ egos are far more fragile than entertainers’ egos. A lot of the Republicans in the House will have theirs bruised by this drunken melee brawl. They’re going to need to quickly get some ice on the bruises, realize that we didn’t elect them to emote, then get onto the important business of using their slim majority to thwart the commie fantasies of the Democrats.

Their mission is even more important now that Mitch McConnell has already signaled that the Senate Republicans will be more Democrat Lite than ever.

There’s a lot of good that can come out of this political drama. If the new majority gets to work on fighting the Dems, it will all have been worth it.

If they opt for chaos just for the sake of chaos, I’ll stop studying Polish with Rosetta Stone and switch to Mandarin.

Please consider subscribing to the Morning Briefing here. It’s free and it helps keep me off the streets.

Woman accused of trying to kill doppelganger friend with poisoned cheesecake so she could steal her identity and return to Russia where she is wanted for murder of another woman
Trump’s Plan to End ‘Left-wing Gender Insanity’ Is One We Can All Get Behind
SUNY Adds Woke Requirement for Graduation
Three Things the Paul Pelosi Bodycam Footage Should Clear Up
Another Power Grid Attack? LAX Airport Goes Completely Dark After Suffering Power Outage